6 Ways to Get Noticed Faster 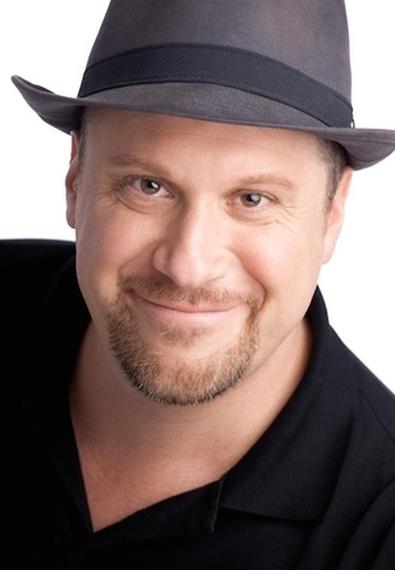 I’m going to move to NYC/L.A. and I’m going to get an agent and sign up for an acting class with a reputable teacher. I’ll audition around town for a couple years and I’ll eventually land my big break in a major film or well-received indie or I’ll book a series regular role on a pilot that gets picked up.

This is a decent model for success for an actor in New York or L.A. approximately 20 years ago.

Far too many actors are still trying to work this model: agent, audition, booking.

And sure it does work. Commercially, I know a handful of actors who excel at it, don’t have day jobs, and regularly add to their retirement plans.

Theatrically, I know five out of every 100 for whom this model is working. Meaning for every 100 actors I know, I know five who are steadily adding to their résumés, their bank accounts, and their general public popularity via the method of agent, audition, book role.

This is 2015. The entertainment industry has changed. You need to be the one who wakes up at dawn each morning with a chisel and a cup of coffee, determined to carve one out for yourself.

All that being said, below are six ways to get noticed faster.

1. Being pleasantly persistent and not waiting around. Most actors lack follow-through. Actors know they need to send follow-up emails to industry professionals who can help them move forward in this long-ass shit-shoveling show known as forging a career. But they don’t. Call it fear of rejection, call it laziness—whatever. If you start following through on every connection you’ve made consistently, I guarantee you’ll see results over time.

2. Confidence. “It’s this way.” Have you ever followed a complete stranger’s directions, simply because they seemed sure of themself? You need to have the conviction of the random guy on the corner that says the marina is that way, even though there is no evidence indicating one way or the other. I help actors adopt a body attitude of attractive confidence to go into the audition room and win the role.

3. Patience. Stop demanding instant results. If you start getting down on yourself that you’re not moving forward at a fast enough rate, you’re going to psych yourself out—and become victim to many of the elements that actors fall prey to: depression, low self-esteem, self-doubt, and aggrandizement of “safe” professions. (Maybe I should study for the LSAT?)

4. Stop being afraid to look like an asshole! I’ve seen so many safe performances, I feel like someone should pin a medal on me. Such performances often stem from the actor’s irrational desire to determine what casting or producers are looking for, and thus emulate that. The result is boring—so boring I feel like the actor should have to pay a fine. By letting out your inner weirdness, you make your performance a jillion times more interesting.

5. Help a sister out. Give. Offer to read someone’s script and provide feedback. Go to someone’s table read. Be a PA on a friend’s short film. Give your acting class friend a referral to your agent if you can. In helping your colleagues out in these ways, you’re building up your ranks of support and creating a wealth of good karma that’s going to benefit you later.

6. Create your own projects. This piece of advice is probably the most essential, and the one that actors protest against the most. But I’m here to act. I don’t/can’t/won’t write. OK, fine, then hire someone who can. Align yourself with talented writers and cinematographers who have the skills you don’t in order to create content that will get you noticed faster than any co-starring role can.

Joseph Pearlman
Joseph Pearlman is a celebrity and on-set acting coach for Hollywood’s top actors, musicians, and comedians. He works with clients such as Zooey Deschanel, Skylar Grey, Michael Welch, and Julian Sands, and he also coaches presenters for all the major award ceremonies. Pearlman Acting Academy was voted the best acting studio in Los Angeles by the Backstage Readers’ Choice Awards.
END_OF_DOCUMENT_TOKEN_TO_BE_REPLACED