7 Ways to Improve Your On-Camera Acting 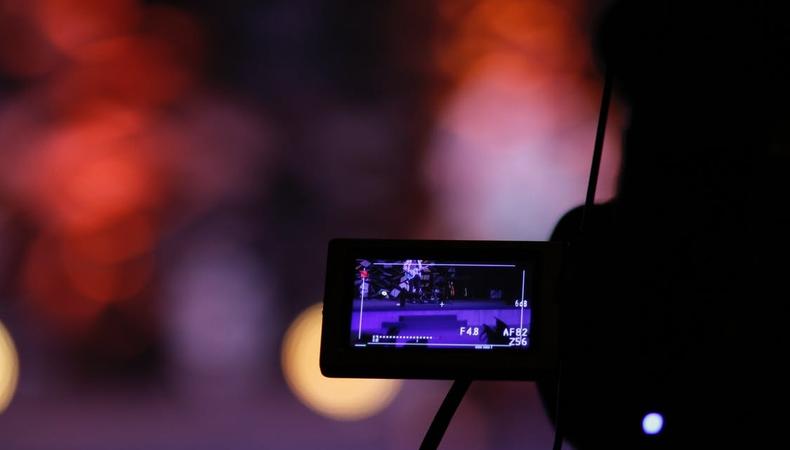 The Academy Awards are just around the corner, and that may have you feeling particularly geared up to hone in on your film acting technique. You’ve come to the right place! Below, Backstage Experts break down their most useful on-camera tips and tricks every actor should have in their acting arsenal.

In film acting, less is more.
“I believe the ‘secret’ to film acting is telling the story as simply as possible. In the theater, a performance must carry to last row. In film, cameras and microphones are perilously close and capture even the smallest gesture and sound, but the ‘internals’ for the actor are exactly the same as they would be for the stage, only their outward expression must be much subtler. Theater-trained actors, with limited or no on-camera experience, tend to reveal too much of their work externally. ‘Less is more’ is never truer than when it comes to acting for film.” —Todd Thaler, casting director, acting teacher, on-camera coach, and Backstage Expert

The wrong technique can set you back immeasurably.
“[It’s a] lie that you can ‘bring down’ big acting class acting. ‘You just bring it down for film,’ is the answer every misguided instructor gives. This is very false. I work with ‘trained’ actors all the time. Bringing it down keeps us up late at night and takes months, if not years, of dedicated work (depending on how much damage has been done, and how cemented their bad habits are).” —Ryan R. Williams, L.A.-based on-camera acting teacher and Backstage Expert

There is still upstage and downstage in film.
“To achieve solid eye contact, focus on your scene partner’s downstage eye. Yes, there is an ‘upstage’ and a ‘downstage’ when working on camera, although ‘stage left’ becomes “camera right” and vice-versa. (While there are still some directors who use the terms “stage left” and “stage right,” it is becoming a less frequent practice when directing for the camera.) Inexperienced actors often look shifty-eyed, as they move back and forth between another actor’s two eyes. Depending on the tightness of the shot, this may not be an issue. However, you should be very careful if the shot is extremely close and intense. By focusing on the downstage eye (the one closer to the camera), your performance will have more stillness, which both directors and audiences prefer to the shifty-eyed look.” —Brian O’Neil, acting career coach, audition coach, and Backstage Expert

Preparation in film is limited and vital.
“Actors who recognize the difference [between stage and on-camera] are able to immediately adapt to the rigors of film by finding the most compelling intersection of themselves and the character, and are able to call up the right qualities whenever action is called. They don’t need tons of rehearsal, they’ve done the work themselves and are ready at a moment’s notice to connect and shine.” —Craig Wallace, acting teacher and Backstage Expert

Un-learn stage projection.
“Stage-trained actors must learn how to project so that the audience can hear what they’re saying. In on-camera acting, there’s never a reason to speak more loudly than the scene and story requires. Whether by boom or hidden under clothing, we can get a mic anywhere and it picks up everything.” —Shaan Sharma, co-founder of Westside On-Camera Acting Studio and Backstage Expert

“Forced” doesn’t work for film.
“However you achieve a powerful emotion, beware of forcing it out while the camera rolls. If the editor uses that over-emotive footage, you’ll look ridiculous. Instead, play the feeling as an obstacle. Contain it, but make sure it’s deeply felt or it will disappear on film. You want to play an emotion so viewers notice the power, detail, and nuance in your performance, not just a single solitary emotion that screams ‘I’m sad!’ or ‘I’m angry!’ Be the break (not the gas) while on film.” —Ryan R. Williams

Film loves human nuance.
“Free yourself as though you are alone and no one is watching you. Set yourself free. Do the things you would do if you were alone. Scratch. Get the hair out of your face. Set free natural nuances to happen so that you are working from a real ‘living human being’ area. Allow yourself to feel ugly, imperfect, even boring. Everyone actually looks better in a relaxed mode, as your face and body get a beautiful, natural glow and flow. It will look like you are doing nothing, but tiny nuances will begin to happen that warm up the whole scene. The more you do this, the easier it gets to trust that all the good stuff happens in this zone.” —Cathryn Hartt, Dallas-based acting coach and Backstage Expert

Now that you've got the tips, book the gig! Check out Backstage's film audition listings!

Casey Mink
Casey Mink is the senior staff writer at Backstage. When she's not writing about television, film, or theater, she is definitely somewhere watching it.
END_OF_DOCUMENT_TOKEN_TO_BE_REPLACED