8 Ways for Kids to Stand Out at a Commercial Audition 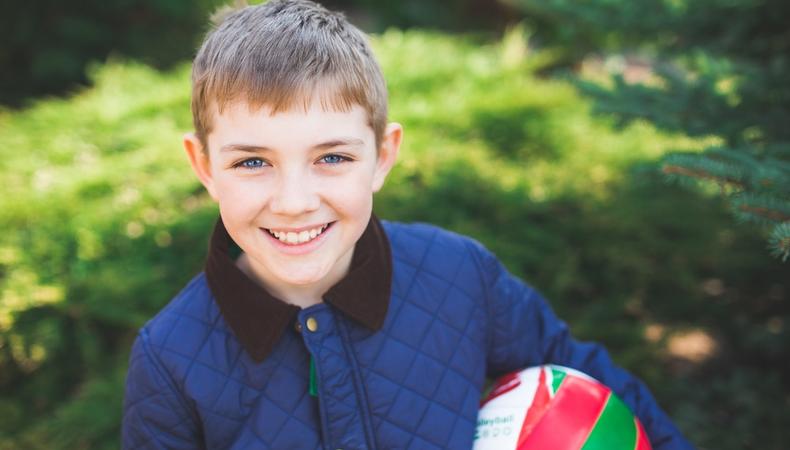 Lana Veenker, CSA, ICDN, founder and president of Cast Iron Studios, shares these eight tips on how kids can standout at commercial auditions. Veenker and Cast Iron Studios have been casting commercials for 14 years including everything from small regional spots and PSAs to international campaigns for clients like Nike, Intel, Nintendo, Apple, Colgate, BMW, Ford, and Chrysler.

1. Look like your headshot.
It doesn't make sense to spend a fortune on kids' headshots, since they'll need to be updated frequently. However, it's crucial that they reflect how the child currently looks. If your child is 9, but his/her photo shows them at 7, they'll get passed over when we're looking for nine-year-olds. They'll also get called in mistakenly when we're looking for seven-year-olds, which is a waste of everyone's time. (A headshot photographer once told me, "If you're getting called in for the wrong jobs, you're not getting called in for the right ones.")

If the headshot is outdated, include a recent snapshot along with the headshot, so that casting directors have a clear understanding of what the child looks like now. Also be sure to include his or her date of birth and current height/weight information on the resume.

2. Dress appropriately for your age and the role.
When we're casting kids, we want kids who look like kids. Girls should not show up caked in make-up, teetering in heels or wearing inappropriately provocative clothing. Little boys don't need to be squeezed into their Sunday best with itchy collars and their hair slicked down unnaturally. How would they normally look on a school day? Certainly take the role into consideration - tomboy or ballerina, bully or bookworm? - but when in doubt, school attire is usually fine.

3. Be prepared to take an adjustment.
We want to make sure child actors can change their delivery in the room. This reassures us that they can take direction, if the director wants to try something different. But child actors (and their too-eager-to-help parents) often make the mistake of drilling lines so many times in the exact same way while rehearsing, that they're incapable of changing when requested. No matter how many adjustments the casting director gives them during the audition, they repeat their lines identically, all the way down to their hand gestures.

Below is an example dialogue of how an audition can go badly when a child actor is unable to take direction, due to rehearsing the line endlessly with only one delivery.

CD: Okay, good. Now please do it again, but this time without the hand gesture.

CD: Hmm, okay. Can you do it as if someone just asked you if you prefer chocolate or vanilla?

CD: Alright. One more time, no thumb, and this time, put the emphasis on the last word, okay?

CD: Can you please say it with the emphasis on the word chocolate?

CD: (head on desk) Great. Thank you very much. Next?

When helping a child prepare a role, encourage them to experiment with different intentions, movements, pacing and timing, and not settle into any one delivery. Playing around as much as possible during rehearsal will help kids be prepared when the casting director throws them a curve ball.

4. Know what you're saying and why you're saying it.
Instead of simply drilling lines and rehearsing a specific delivery, child actors should reflect on what their characters want, what obstacles are in their way, and what tactics they plan to use to try and overcome them. It may be useful to identify the objectives in each line or paragraph using active verbs. ("I’m trying to convince my mom to give me the chocolate ice cream instead of the vanilla one.”)

Even in a short commercial script, it's possible to conduct basic script analysis. (Who am I? Where am I? What's my relationship to the other characters? What do I want? What's in my way? What am I going to do to get what I want?) Child actors should know their characters inside and out, and even be prepared to improvise the scene, if asked.

5. Create a moment before.
Scenes usually don't exist in a void. Usually, something was happening before the scene started, or at least it can be helpful to imagine that something does. Just for fun, try improvising the scene that may have occurred just prior to the one the child is auditioning for. While they won't be doing that in the audition room for longer than a split second, it will help them begin the audition with a sense of the moment before.

For example, perhaps the child was coloring in a book or playing a video game with a sibling when the mom enters and asks, "Would you rather have chocolate or vanilla ice cream after dinner?" In rehearsal, the child can pretend to be playing, ignore the mom when she first enters, but snap to attention once they realize the question involves dessert. In the audition room, the child can include the last second or two of this improv before looking up to say the line.

6. Memorize the first and last lines.
Ideally, we want to be able to see the child's face, not the top of their head, as we're taping the audition. We understand there's not always time to get off-book, but child actors should try to get as close as possible with the time they have to prepare. Hopefully, in the process of exploring their characters, they'll begin to assimilate their lines naturally, and they won't have to spend much time running lines by rote. But at the very least, they should learn the first and last lines by heart, so they can start and end with their faces off the page. That will make a better impression.

7. Make it fun!
We love it when kids come in looking like they're excited to be there and ready to have fun. Encourage them to look at auditions as an opportunity to give a mini-performance to a captive audience. If the child starts hating the audition process, it may be time to reevaluate whether or not it makes sense to continue. There's nothing worse than a kid who is being forced to go out on auditions, because it's the parent's dream, not the child’s.

8. Let it go.
A child’s focus should not be on getting the job, but on feeling good about their auditions. Parents can help by not putting too much pressure on them, and by celebrating them for doing the best job they can in the audition room, regardless of whether or not they book the role. After an audition, go do something fun together and forget about it! It may help to think of auditions as free lottery tickets: Great if you win, but if you don't, it doesn't mean you're a failure. It just means you'll try again next time.