5 Ways to Put the Business in Show Business 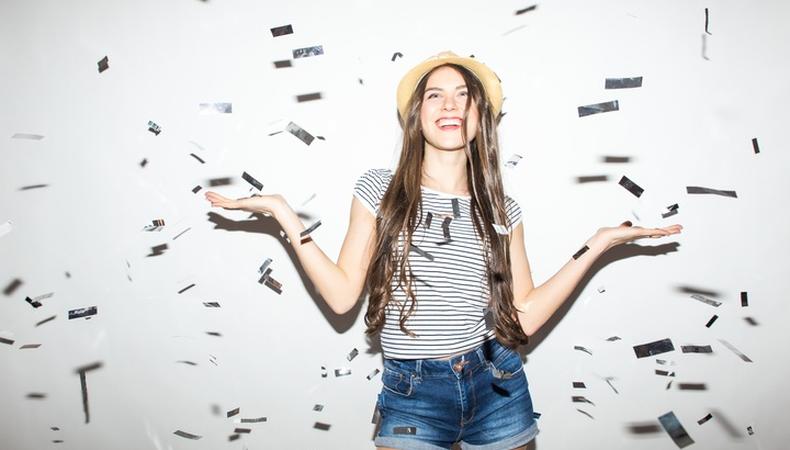 So many actors are trying to make it in show business. As a talent manager, I always try to tell it like it really is when people ask me how to become a successful actor. You have to challenge your thinking about what being a successful actor actually means. Here’s how:

1) Get realistic.
You are only going to work as an actor on television and in film if you're as good—if not better—than all the other actors the casting directors already know. If you are "mediocre," "good," or "fine" you're not going to book the job. Casting directors have a long list of actors they know whom they have hired previously, whose work they’ve seen in the audition room, on TV, or in plays—so they know they are great. You need to be great.

2) Take your training very, very seriously.
You should be in an acting class a minimum of two to three times a week, training like an “Olympic Actor,” as my friend and top celebrity acting coach Amy Lyndon likes to say. Casting directors, producers, directors and network executives only hire the best for professional television and film work.

It's OK to have dreams, but you need to act on them realistically. If your acting training comes second, you will not be able to beat out other great actors in the audition room who are working ten times harder at their craft than you are. Keep challenging yourself.

I always tell actors that when they take an acting class, they should be one of worst actors in that class when they start. Stay in it that class until you're one of the best, then move onto another class where you are again one of the worst in the class. Train there until you're one of the best again. That is how you will keep growing and expanding as an actor. Actors who are always improving have a better chance of booking important TV and film work.

3) This business is a numbers game.
People won't talk about it often, but I will. Many of the actors my company signs get jobs in film, television, web series, and commercials. However, there are also actors we sign who don't ever get work. And if you don't get work, that's a problem.

Typically, talent managers will work with actors for a couple of years, and if we don't see you getting tangible results that include lots of auditions, or callbacks on your auditions, being pinned or booking the jobs, we will make the hard decision to let an actor go. Perhaps another manager can do something different for you. If you aren't giving your representative great headshots, acting clips and strong skills, there are thousands of other actors waiting in line to replace you on the roster.

You seem it all comes down to a numbers game. For example, if we have 50 clients on our roster we need all 50 of them to have at least one job per month that they are getting paid for. If you are not getting one job a month, you might be in the wrong business!

If you aren't booking jobs and making us money, there may be many reasons why: you aren’t hustling enough, not getting the right coaching for your auditions, your headshots might not be working, you aren't networking with industry producers, writers and directors enough, you're not doing theater and getting exposure, you're not booking commercials and getting exposure, or you're not creating your own content. We expect our actors to get callbacks, get pinned or book the job at least 40% of the time.

5) Fact, we business reps are in this to make money.
Don't be naïve. Yes, we love the creativity and beauty of show business. But make no mistake: we are all in this to make money. If you are not making your reps money, you will be dropped. Our first effort when seeing this problem is to analyze all of the above and see if we can get you on the right track so you can start booking the jobs and making money. Once that happens all of us are very happy! But if we can't get you making money for us you have to go.

Remember, managers get paid by earning a commission over everything you do in the entertainment business only when you book a job in a: web series, paid play, voice-over, live singing or dancing gig, endorsement deal, extra work, feature film, short film, student film, TV episodic, commercial and merchandising. You need to be thinking about making money for yourself, and for us. If you're not thinking about making money, you are not the right fit for our management agency.

Every client we have should be making a minimum of $500 a month from all of the above. Obviously some clients make much, much more. My client Elizabeth makes about $12,000 a month on commercials. Our series regulars make tens of thousands of dollars a week. Talent reps are working in this business to build stars that will make us millions of dollars in advertising and endorsement deals.

Show business is not a charity. We want you to make money so we can make money. If you are not thinking that way, it’s time to recalibrate your mindset. This is not a hobby for us. Get out there and get jobs, hustle, work hard, be tenacious and never give up.

Too often, actors are in the clouds thinking that this business is just about dreams and creativity. Yes, it's about those things too. But it's called show business for a reason. The people on our side of the desk are business people.

You don't have to be a struggling artist; read books about making money. Make a vision board, set goals with timelines, and keep your commitments. It's OK to make money in this world. A lot of people have some sort of hang up in that area. Get over it. If you want to be successful in show BUSINESS, you need to learn how to make money.