2 Ways to Star in the Next Viral Comedy Hit 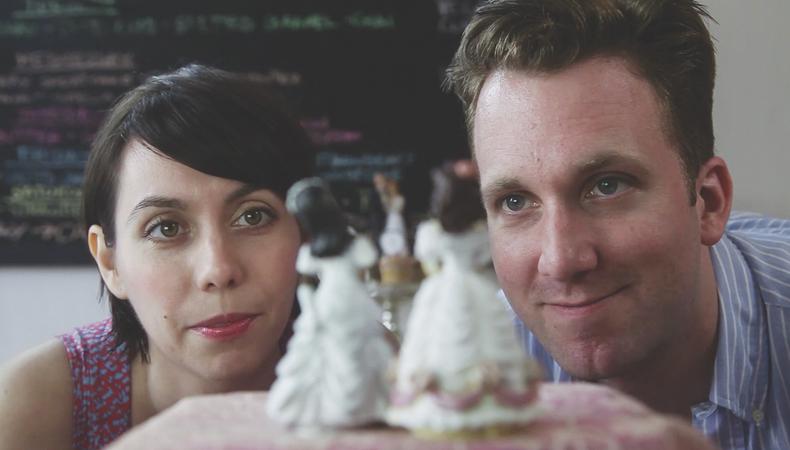 Between the perpetual demand for viral videos and the Netflix juggernaut changing the rules of how we consume entertainment, streaming content is a world with a rapidly shifting landscape. Today’s Web comedy in particular is fueled by cheap and easy technology, as well as the ability to share funny original content, meaning there are countless ways comedic actors can get noticed.

Online comedy as a medium “is moving so quickly it’s hard to predict where all this stuff is going to land,” says Tyler Alexander, vice president of digital media at the Second City Network. Many network TV series today, he notes, hope for 2 million viewers; for certain YouTubers and other comedians with massive online followings, 2 million views on a video is considered mediocre. The topsy-turvy effect of today’s accessible technology puts power in the hands of content creators armed with little more than film equipment, like-minded collaborators, and great ideas.

“The idea of film versus TV is eroding, and soon you’ll see the difference between TV and Web eroding as well,” says Todd Bieber, creative director of the Upright Citizens Brigade’s digital arm, UCB Comedy. As content proliferates and screens become more mobile and personalized, comedy fans increasingly have the ability to access videos whenever and wherever they like. Bieber says the Internet has flattened the landscape of film entertainment in general, turning the refrain of watchers everywhere into “What’s a good story I want to watch? I don’t really care where [it comes from].”

For actors and writers making those good stories, online comedy hubs offer an opportunity to hone the skills required to produce the next “Sassy Gay Friend” (one of many viral hits from Second City) or even “Broad City” (the Comedy Central series developed online by UCB alumni Abbi Jacobson and Ilana Glazer).

“We work with young actors and comedians in Chicago to help develop their idea and get it produced,” says Alexander, who acknowledges that the Second City Network has a small budget compared to the “sea of ideas” coming from potential creators. “We’ll definitely take a pitch and hear what someone’s interested in producing.” Casting, he adds, is all done in-house, from “working performers on the main stage all the way down to Training Center students who are actively pitching content,” so Chicago actors looking to get into the Web comedy game should take classes at the Second City Training Center.

The same goes for UCB Comedy’s videos, which draw mostly from the UCB improv and theater community both in NYC and L.A. “I just try to wrangle all the amazing comedians and writers and performers that come out of UCB Theatre and help them get their stuff made,” says Bieber. “That can come out in the form of series, one-off sketches, or short films.... Our batting average is high for the number of awesome people coming out of here because we’ve given them the safe space to fail.”

Both companies also produce topical videos responding to recent news events, which require a quick turnaround. Bieber says striking while the iron is hot renders the traditional audition system useless; instead, producers cast videos by informal word of mouth or by browsing casting services such as Backstage. “We’re looking at reels and headshots. If they don’t have those they’re automatically out,” he explains. “The idea of being not only a performer and writer but a businessperson is essential to the landscape right now.”

Jack Smart
Jack Smart is the awards editor at Backstage, where he covers all things Emmy, SAG, Oscar, and Tony Awards. He also produces and hosts Backstage’s awards podcast “In the Envelope” and has interviewed some of the biggest stars of stage and screen.
END_OF_DOCUMENT_TOKEN_TO_BE_REPLACED