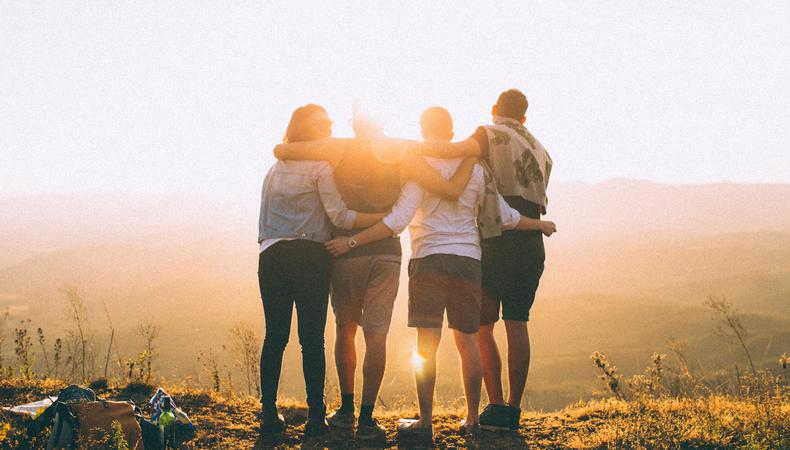 Teen actors rarely get the credit they deserve. While many young artists possess a deep emotional life, often times the business and the people around them—even the well-meaning people—can stand in the way of their unique artistry. A purely results-oriented approach to their training and career often teaches them to be nothing more than cute and precocious. And that's tragic. Teenagers have so much more to offer—but the business, our education system, and even society as a whole can perpetuate an environment in which kids search for the right answer rather than simply engage in the exploration of their own unique experience. And, of course, there is no right answer in acting. There is only the expression of a young artist's unique, unmitigated emotional experience within the circumstances of the scene. How cool is that? That exploration is what's important. And as it turns out, that fearless exploration often leads to career success.

Here are five ways that you can help your teen actor be successful.

1. Don't force-feed.
In "Jordan To The Max," Michael Jordan describes how he is constantly being asked what parents can do to get their kids into the NBA. He always responds the same way: "Leave them alone. Don't push them." His answer applies to young actors as well. In order to endure the blood, sweat and tears required to be a working actor (or a professional athlete) a kid has to absolutely love acting for its own sake, and love it fully. You have to give your kids space to fall in love with it. If they're doing it for you, or the money or the validation, etc, it won't be worth the time. Go on and encourage them. Give them opportunities to train in a fun, challenging environment, and if they fall in love for real, then ride that wave with them. If not, their unique destiny lies elsewhere. And that's great, too! Let them guide you.

2. Give them permission to feel.
Like all of us, most kids learn that to be happy is good and to be anything but is bad. Oftentimes, we're taught that if someone you care about gets sad, you should try to change them because you love them and want them to be happy. But that can also teach kids to suppress their sadness, anger, frustration, etc. All the good stuff! They can learn to avoid sadness and anger and not trust it. Pretty soon the totality of a kid's dynamic emotional life is stunted. Kids then learn to "push" or over-act and manipulate an audience rather than sharing their full, truthful emotional life with them. And often folks think the business is interested in kids only so long as they're young and cute. But when they become young adults and the business requires deeper emotional expression from them, they won't have the skills to achieve their career goals if they're not exploring the depths of their emotional from a young age. All of a sudden the agent stops calling and the door to the industry shuts. This means that from an early age they must do the work of discovering and expressing how they feel, whatever that feeling is.

3. Make sure your teen has a life outside of acting.
Acting is a craft and a profession that is best served by having a full life. If an actor's mandate is to reflect the fullness of the world around her so that others may understand it, then it turns out that baseball practice, chess club and volunteering at the local shelter are prime opportunities for growth as an actor. Volunteering, in particular is great for young actors. Helping others—being of service for its own genuine reward—will feed them as artists and human beings for the rest of their lives. Plus, the more one can do to take pressure off the auditions, the better. One does that by spreading the focus and pursuing a variety of activities that give a kid a full life. That doesn't mean adding to a teen's already immense stress level by packing their schedule with more lessons and clubs. It's all about balance. The more full and rich their lives are, the better they'll do and the happier they'll be. And it'll get them off the electronics!

4. Broaden their scope.
Left unchecked, a teen actor's sense of what acting is can go no further than the latest teen TV drama or romantic vampire tale. Encourage your teens to  study theater, film, and TV and investigate every tradition of acting. So many teenagers have never seen a Bette Davis movie or know Truffaut, Chekov, Meisner, or Sondheim. Introduce them to the theater. Go all the time. Show them years of classic movies as an alternative to surfing the web. Give them books on acting, on the history and culture of the profession they love. Don't wait for college. Make it a part of their acting education now!

5. Encourage creativity.
Great creative actors live great creative lives. Some of your teens will be actors, others not. But for all of them acting is the first stop in the pursuit of a creative life. And there are many other artistic pursuits they'll excel at and fall in love with which will satisfy them in and of themselves. Those pursuits will also serve their acting. Encourage them to write, make music, shoot films and videos, experience every possible way to explore their artistry every day. Doing so is imperative to each young person finding her or his artistic voice. And hey, Spielberg's parents gave him his dad's 8mm camera when he was 8, and that worked out okay!

Your teenager has chosen to do something brave and consistently challenging. It's a road full of disappointment, frustration, and a lot of really hard work. It's vital that you support your teenager in her courageous venture to pursue her passion. Make sure that you and she understand that this is a life-long exploration. Your teen will struggle but that struggle must be embraced as the motor of her artistry. Being an artist is both a fragile and muscular endeavor. Your role as a parent is to appreciate your teenager's artistic pursuit for its own sake, take the pressure off, and allow these stunning young actors to find their own way in their own time.

Risa Bramon Garcia
For the past 40 years, Risa has worked as a director, producer, casting director, and teacher. Having directed two features—including “200 Cigarettes”—she has also directed for TV and dozens of plays in New York and Los Angeles. Her casting résumé includes more than 80 feature films and shows, and includes “Desperately Seeking Susan,” “Fatal Attraction,” “JFK,” “The Joy Luck Club,” “The Affair,” “Masters of Sex,” and the original “Roseanne.” She is a founding partner of The BGB Studio, known for revolutionary acting training.
END_OF_DOCUMENT_TOKEN_TO_BE_REPLACED

Steve Braun
Steve Braun is an acting coach, teacher, and communication consultant, drawing on years of acting, Buddhist practice, and martial arts training to help his clients discover and express their unique emotional truth. When he pursued an acting career, he starred in movies, was a series regular many times, and guest starred on numerous TV shows. He is a founding partner of The BGB Studio, known for revolutionary acting training.
END_OF_DOCUMENT_TOKEN_TO_BE_REPLACED