Web Writer-Producer Freddie Wong On Using Technology To Get Ahead 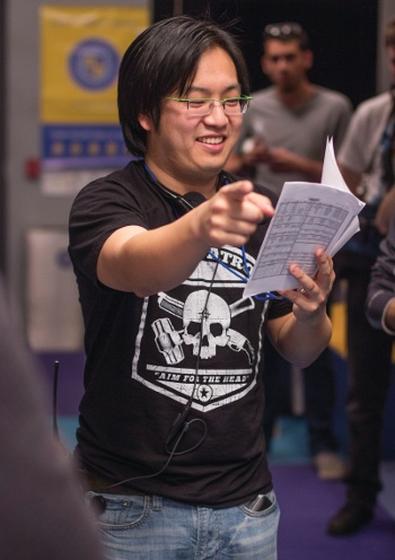 How do you finance your projects?
It’s Kickstarter, it’s advertising, it’s the YouTube partnership program, it’s brands—it’s pretty much everything and anything we can get our hands on to make the kind of products we want to make. For example, we feature some Dodge cars pretty heavily in [“Video Game High School”], so Dodge was a brand partner who stepped in and helped finance Season [2].… We’re able to generate viewership and have a very dedicated loyal following. We have distribution on our site, and we have people watching things on their mobile phones and their smart TVs and then the laptops and tablets.

You had great success funding “Video Game High School” through Kickstarter; do you have Kickstarter advice?
You need to have an audience beforehand if you want to see any sort of success. Or you can use [Kickstarter] to start building an audience, but if you put up a Kickstarter for your film, if nobody has any interest in you as a filmmaker, you’re going to have a much harder time putting it together.

What is your favorite part of your job?
It’s that feeling that we can really do anything we want to right now, and we don’t have to listen to some network executive.… We don’t have to take notes from anybody. And also the interaction with the fan base; to be able to put a piece of work out that we poured our heart and soul into and then just be able to talk about it right away with the fans is fantastic.

When casting, are you looking for anything specific to the fact that they’re going to be in something that’s targeted for a Web audience?
We look for actors who have an understanding that the acting game is changing. I think too many actors take a very passive approach to their lives and their careers, and they let fate decide what is going to happen to them. They need to understand that there’s a new way of making things, and they have to be willing to experiment and be willing to try out sort of new ways of getting things made. It means you should have a Twitter presence. You should understand how social media can help you and how these projects can help in terms of getting exposure and the whole range of things. People that are savvy about the way technology is starting to influence and change how projects are made, and people who are very much in command of their brand as actors and in command of their careers, are people who we gravitate towards because I think you need that kind of understanding in order to play ball in this new environment.

Advice or tips for other Web content creators?
In terms of the way that the industry is going, I think we’re in the middle of a gigantic shift away from a lot of the rules that the gatekeepers and content owners set. I think that the consumer is completely in control here in terms of what they want to see. It’s up to us as creators to make things that they want to see. Nowadays, we don’t have to deal with any of the middlemen; we can go direct to the consumer, and I think that’s the way the whole industry is starting to shift.

Melinda Loewenstein
Prior to joining the Backstage team, Melinda worked for Baseline StudioSystem tracking TV development. When she's not working, she enjoys cuddling with her cats while obsessively watching every television show to ever air.
END_OF_DOCUMENT_TOKEN_TO_BE_REPLACED