Weinsteins Eye Their Own Broadway Productions 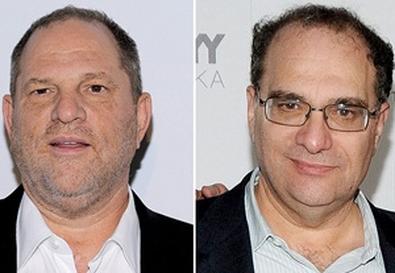 Photo Source: Getty Images
NEW YORK - Harvey and Bob Weinstein are looking to line up financing partners for a slate of original Broadway productions based on their past movies, a source confirmed Monday.

The movie moguls are eyeing eight to 10 productions for now, with "Chocolat" and "Cinema Paradiso" among the likely films that will get the Broadway treatment.

Mark Patricof's Mesa Global, a boutique investment advisory firm, is spearheading the Weinsteins' effort to line up money and structure partnerships. The news was first reported by the "New York Post."

?The Weinsteins have in the past at times invested in others' stage shows, but now they plan to do their own productions. "It's an expansion of the existing Weinstein Live Entertainment," Weinstein Co. COO David Glasser, who is working on the project with David Hutkin, executive vp of strategic initiatives, investments and the banking group, told the "Post." "Instead of investing in other shows, it's about original shows out of our shop."

??The Weinsteins are already in production on the musical "Finding Neverland," based on the Miramax movie about Peter Pan author J.M. Barrie, according to the Post. A planned tryout in California was recently cancelled because the company felt the stage production isn't ready yet, it said.