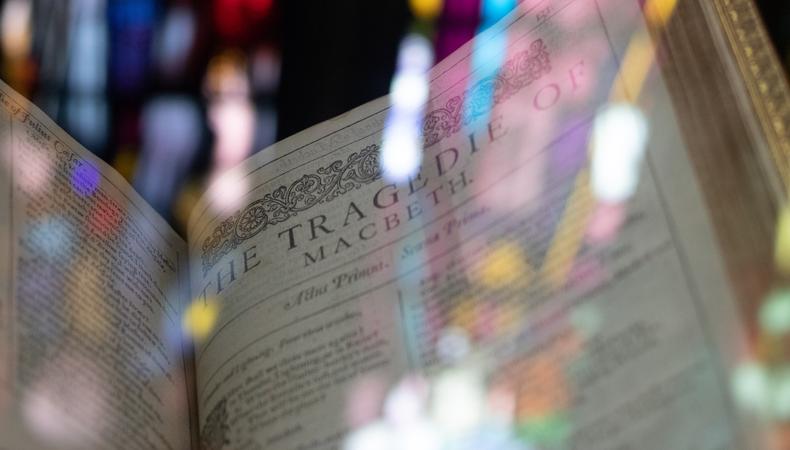 Actors training to work in film and television may not be inclined to make studying William Shakespeare a priority, but the Bard is worth a second look. An article on the advantages of Shakespeare for contemporary film and television quoted actor Patrick Stewart on the subject: “Asked how Shakespeare prepared him for a career in film, Stewart said, ‘I think that the experience that we get in making a 400-year-old text work is exactly what you need for giving credibility and believability to fantasy, science fiction, and the like.’ Can anyone argue with Professor X?”

Stewart’s point that the challenge to the actor’s imagination of coming to terms with a world that is so different from ours can prepare the actor for all kinds of projects she might encounter today is a great one. I’d like to put forth some other advantages of working on Shakespeare for the modern film and television actor as well.

In working on Shakespeare, actors have the opportunity to develop a heightened sense of the sound and texture of language. Words are made up of vowels and consonants, and these sounds can be exploited to great advantage by the actor in the pursuit of the character’s goals. In working on Shakespeare, the actor is invited to dive into the relationship between sound and meaning, and to playfully interact with the language in developing a performance. This sensitivity to the relationship between sound and meaning can be useful to actors in any medium and context. Even actors working with text that is totally prosaic, apparently devoid of the lyrical qualities we associate with Shakespeare, can find opportunities to exploit the sounds that make up their words to help to illuminate their character’s struggle and tell their story.

Another important muscle that Shakespeare asks the actor to develop is the ability to handle rhetorical complexity. Characters in Shakespeare speak in long sentences that often fit together in complex ways and present intricate lines of reasoning in making their cases. Not every role that an actor comes across in film and television is going to ask for this kind of skill, but they are there. You may be asked to play a character who gives a political or a motivational speech, or an attorney who has to argue her case. Experience with Shakespeare’s characters’ elaborate rhetorical displays can be superb preparation for playing contemporary characters in such circumstances.

Embedded in these rhetorically sophisticated speeches in Shakespeare is an abundance of imagery. Again, contemporary writing does not rely on imagery to anything close to the degree that Shakespeare’s does, but the imagery is there in the speeches of some contemporary characters often hiding in plain sight. Actors working on Shakespeare wrestle with the way in which his imagery helps them in their persuasive efforts to influence those around them. This awareness of the power of imagery will be valuable for actors working on contemporary work.

Finally, Shakespeare asks the actor to deal with all of these things, that is, the sound and texture of words, rhetorical complexity, and the power of imagery to affect others, at one and the same time. The late Philip Seymour Hoffman once compared an actor to a circus performer juggling six or seven plates in the air. In asking the actor to handle so many aspects of the text at once, Shakespeare is providing just this kind of plate-juggling challenge.

By meeting the challenge posed by Shakespeare, an actor will face future projects with the confidence that she’s gotten over a very high bar. And that doesn’t hurt, right?

Andrew Wood
Andrew Wood is a graduate of the MFA Directing program at the Yale School of Drama, and he has a Ph.D. from Stanford University in literature. In 2004, he founded his acting studio in San Francisco, and expanded it to Los Angeles in 2008.
END_OF_DOCUMENT_TOKEN_TO_BE_REPLACED