What Voiceover Artists Need to Know About Contracts + Confidentiality 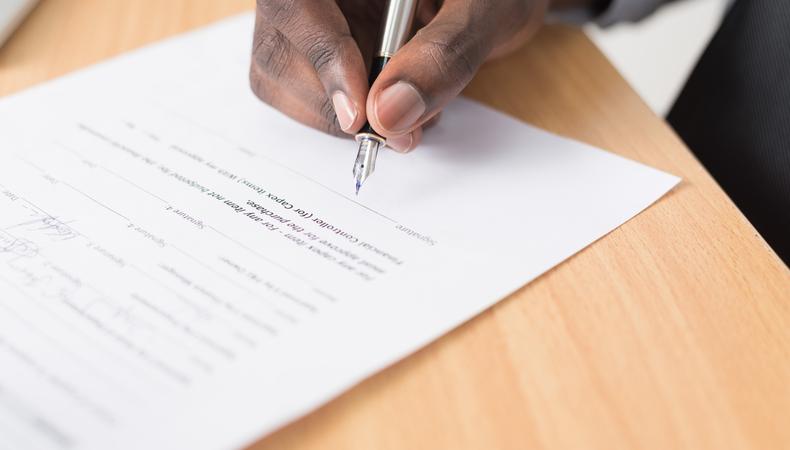 We all have to make mistakes to learn, right? So when I do make a mistake, I try to not beat myself up (too much), then I dust myself off and get back in the race smarter than before. In the interest of saving you from any self-flagellation, I’ll share my story so you’ll know what not to do when you encounter this situation—and what to do to avoid it in the first place!

When working with clients, you’re often asked to sign a Non-Disclosure Agreement (NDA), sometimes called a Confidentiality Agreement (CA). These are legal contracts between at least two parties that outline confidential material, knowledge, or information the parties wish to share with one another but wish to restrict access to or by third parties. In these contracts, the parties agree not to disclose information covered by the agreement.

I’ve signed them for a wide range of projects—videogames, text-to-speech technology jobs, company re-branding gigs, award ceremony announcements—but it’s the medical arena, in particular, I want to focus on today.

(Medical narration is my expertise and many of the projects I work on are for national and international companies like AstraZeneca, the AMA, Medicare, Blue Cross Blue Shield, GE Healthcare, Glaxo SmithKline, Memorial Sloan Kettering, Boehringer Ingelheim, and more.)

In the early stages of discussion, you often sign an NDA so the client or their intermediary (the casting director, agent, production studio or ad agency) can share information with you about the project. That’s easy enough and I’m always ready, willing, and able to sign the NDA to get onboard with the team. Sometimes, however, you have a false start, the project stalls, and it can be months before the script has been signed off on. Other times, the recording session can happen quickly but it could still take quite a while before the animation or video has been completed. With the passage of time comes the lapses of memory.

I had a situation where a year after I recorded for a major multi-national client, let’s call them XYZ Company, I was asked to record a new version of the script in the same tone as the original. To help me reference the sound, tempo, and overall original performance, they sent me the finished project from the previous year. With the new script and the old video, I completed the job quickly and to their satisfaction. Thinking nothing of it, I asked my assistant to post the reference completed video on my YouTube channel...completely forgetting I had signed an NDA a year before.

A couple of months after we posted the video, I got a call from the production company saying they heard from the lawyers for XYZ Company who were very upset, that the video had to come down immediately, and that I was in violation of the NDA. Not only was my client (the production company who had worked with XYZ Company) in hot water, but I was in the hot seat. I was questioned by my client as to when it was posted, where it was posted, and how many people had seen it, and had to erase any public reference to it, immediately. Not only had I violated the agreement and jeopardized my relationship with the production company and XYZ company, but I put my client’s long-standing relationship with XYZ company in peril as well.

I lost a lot of sleep during this time and while waiting for the sword of Damocles to fall, I discovered what had happened: a physician-scientist in another country had appropriated the information from the video I posted and was using it to support his own claims and further his own agenda. Not cool.

Here’s what else I learned about why what I did was a big no-no:

So what do I do now to make sure I don’t find myself in hot water again? I’ve created a dual-filing system for all my projects: public and private. All projects are, by default, private whether I’ve signed an NDA or not. Only if I get permission in writing will I even consider sharing a project.

And while it’s nice to share new work and projects you’re proud to have had an affiliation with, I’ve come to the point in my career where I don’t need the accolades to get additional work or to feel good about my professional prowess.

When you sign that NDA, you’re promising absolute confidentiality. Don’t abuse it or else you may suffer severe consequences!

Debbie Irwin
Debbie Irwin is an NYC-based award-winning voiceover talent who has been the voice of the Statue of Liberty on the landmark’s audio tour, major international museum audio tours, the voice of Big Pharma, documentaries, commercials, corporate narrations and the Voice of God for live awards shows. Her expertise is medical narration.
END_OF_DOCUMENT_TOKEN_TO_BE_REPLACED