Join a New ‘League of Their Own’ on Amazon 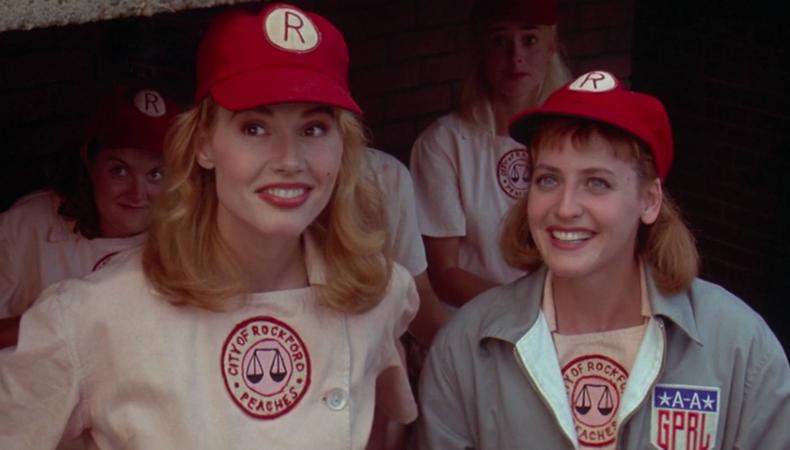 “A League of Their Own”
The sweetest team in baseball is about to get a home run on Amazon. While there may be no crying in baseball, there are apparently, reboots: The streamer will serialize 1992 sports dramedy “A League of Their Own.” The story follows the Rockford Peaches, a ragtag group of women who form an all-female baseball league during World War II. The hardships of war and life as a woman in a male-dominated sport in the early 1940s threatens to dissolve the team before it can even hit the field. The new iteration of the classic film is said to stay in the same vein as the original production, setting itself right at the birth of the team in 1943—albeit with more contemporary issues this time. As the project follows the team year by year, season by season, the women are exposed to the ever-changing American climate while dealing with injuries, bar fights, and a few sexual awakenings. While the original film had a stacked cast list that included Geena Davis, Rosie O’Donnell, Madonna, and Tom Hanks, the new series is still looking for some players. Felicia Fasano Casting is currently in the early stages of assembling a team before production starts on the reboot. Cameras will be up and rolling on the series this December in Los Angeles.

“Punky Brewster”
Lovable, youthful shenanigans are returning to NBC as the network puts a 1980s staple in the spotlight once again. “Punky Brewster”—and the animated spinoff, “It’s Punky Brewster”—focused on a vivacious young girl adjusting to her new life in her foster parent’s home. The continuation will find a grown Punky, played by the originator of the role, Soleil Moon Frye, managing life as a single mother to three children. Trying to get her life back in order, Punky meets and adopts a young girl who “reminds her a lot of her younger self.” Hilarity ensues as the new kid in the family amps up the high jinks, now involving her siblings. Frye is currently the only actor attached to the developmental project being cast by Greenstein/Daniel, but additional actors are expected to be announced closer to shooting. Production will start in October in Los Angeles.

“Betty”
HBO is showcasing some skilled skater women in its next series, “Betty.” Based on the film “Skate Kitchen,” the story will follow a diverse group of women in New York City who are fighting for inclusivity within the male-dominated skateboarding community. With a passion for the sport, the women must juggle society’s demands alongside their own personal struggles to stay one step ahead of disaster. The project has already brought on Rachelle Vinberg, Kabrina Adams, Nina Moran, Ardelia Lovelace, and Ajani Russell to the six-episode series, while Gayle Keller continues to add talent. The series is currently shooting in New York until the end of the year.