When Arriving on Time Is Too Late, a Cautionary Tale for L.A. Actors 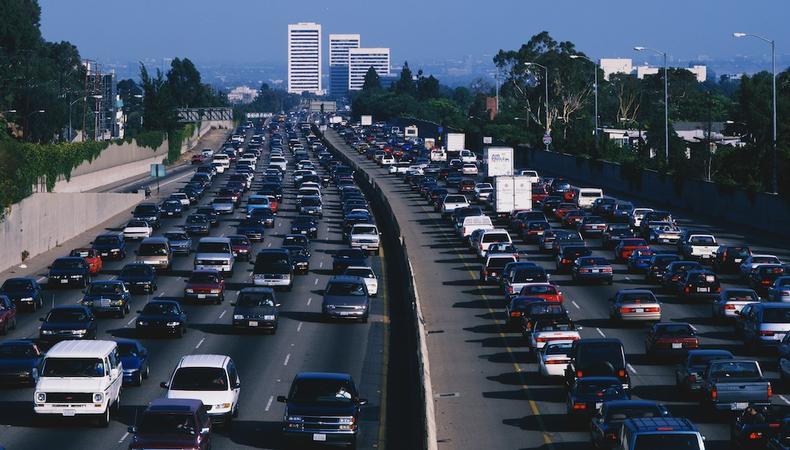 “My kingdom for a parking space!” Words often uttered by those of us based in Los Angeles who rely on our cars more often than we should, which is why we measure how long it takes to get from point A to point B not by mileage, but by time. (The other day, it took me 40 minutes to drive less than 10 blocks down Wilshire Boulevard.)

It’s one thing if you’re in an Uber or Lyft in New York, but when you’re behind the wheel racing to make an appointment anywhere in L.A., the rising stress level can quickly zap your enthusiasm and creativity for any audition you’re trying to get to. Getting there can be one struggle; another is finding a place to park once you arrive.

A young actor I know recently learned the hard way that bad behavior behind the wheel quickly turns into an opportunity killer.

Andrew was running late to an audition for a co-star role in an episode of a procedural series. He loves this show and the audition was a big deal for him. He got the sides a day earlier, so he was fully prepped and ready. Even better, his scene, were he to book it, would be with one of the series regulars—a huge added value in being able to get a clip from the show for future submissions.

But it was just after lunch and everything seemed to be moving in slow motion. It’s never an easy trek from West Hollywood over Laurel Canyon to Studio City, which is where his audition was to take place, and the day of the audition was no exception.

How to Get an Acting Agent in L.A.

He pulled up to the front of the building on Ventura Boulevard with just a few minutes to spare and quickly found that there wasn’t a parking space anywhere in sight. He was exasperated and he was getting angry, two emotions that rarely are helpful in an audition.

He circled the block three times. Now he was late. As he was about to pass the building again, he caught sight of a car pulling out of a space. He also noticed there was another car in front of the space waiting to back into it. As the other driver began to back up, Andrew cut the person off and raced into the space. Shouts were exchanged before the other driver drove away to look for another spot as Andrew raced into the building.

There were several guys waiting to audition for the same role Andrew was called in for. As he signed in and took a seat, the casting assistant announced that the casting director was running a bit late; she was having trouble finding a place to park.

Eventually, she arrived. Walking through the waiting room on the way into her office, she turned briefly to glance at the actors in the room. It was an apologetic glance until her eyes met those of her parking space thief. She asked his name and then walked over to the sign-in sheet. Looking up and down the sheet, she said “Hmmm...Andrew, Andrew, Andrew...” until she found his name, reached for a pen, and crossed him off the list. So that all could hear, he announced, “Andrew, you won’t be auditioning for me today...or ever. You may leave.”

Words of advice: You never know who’s in the car next to you, in the Starbucks line behind you, or in the seat in front of you. So watch your language and behavior, especially in a town like Hollywood where the person you cut off might just be the woman you’re heading into an audition with. Oh, and leave yourself plenty of time to not only get to your auditions but also to find (legal) parking and decompress before it’s show time.

(By the way, Andrew was in such a rush that he neglected to put money in the parking meter. No audition, potential business relationship killed, and an $85 parking ticket. Not a good day for Andrew in the business of acting.)

Brad Lemack
Brad Lemack is a Los Angeles-based talent manager, educator, career coach, and author. He established Lemack & Company Talent Management in 1982. The company specializes in the career development of new and emerging artists and the brand maintenance and career enhancement of legacy artists and working actors. He also teaches The Business of Acting at the Emerson College Los Angeles Campus. His latest book is The New Business of Acting: The Next Edition.
END_OF_DOCUMENT_TOKEN_TO_BE_REPLACED