Where to Look During an Audition 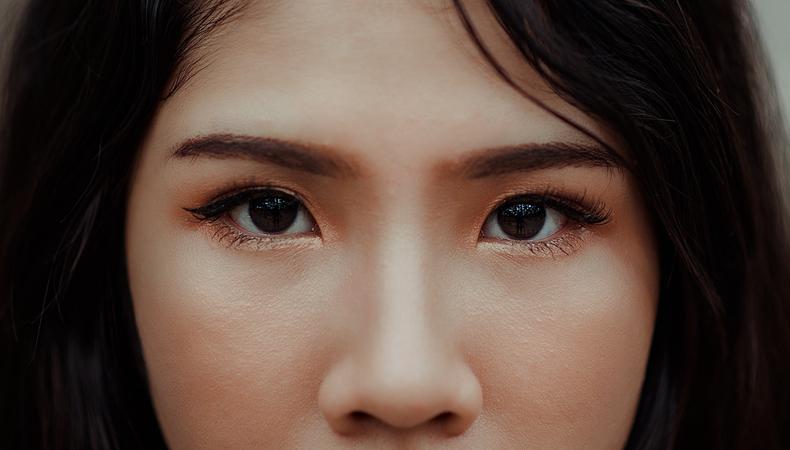 Photo Source: Photo by Min An from Pexels

You’ll hear lots of conflicting advice about where to put your focus when you audition. Do you look at space? The auditor? An empty chair? There are no hard and fast rules, so it can be confusing. The type of audition also impacts this decision, as well as the preferences of the person conducting the audition.

Let’s break this thorny question down. First, if you’re auditioning with a song for musical theater, it’s standard procedure to focus your eyes directly over the head of the auditor. As you gaze there, create a world in your mind that fits with the message of the song, whether it’s thinking of your grandmother or your first love. In musical theater, actors are expected to create a world and focus their singing and acting to people in that invisible world.

For film, television, or stage, you’ll audition with a scene or monologue. Auditioning with a reader for a scene is pretty straightforward: Look at the reader and create a connection with him or her. It is essential to maintain a focused connection with your reader for the entire audition so you have something real to react to.

The choice of where to focus is most challenging when you’re auditioning with a monologue since you’re essentially speaking to an invisible person. Some young actors look at the floor or up at the ceiling, which can make it a challenge to create an emotional connection. Others look directly at the auditor, which can also be a problem.

9 Elements of a Great Monologue

I’ve spoken to many casting directors and audition auditors who feel uncomfortable when an actor focuses directly on them during a monologue. The auditor has to take notes, perhaps looks through paperwork, and maybe even whisper feedback to another person and breaking eye contact with an auditioning actor to do so can feel odd. When I’m casting a production, I want to be wowed and impressed by the performance, and it’s difficult to evaluate a performance if I’m part of the scene.

As a general rule, I coach my students to look just over the head of the casting director when auditioning with a monologue. In practice sessions, I start with them speaking directly to me so they have someone to relate to and as they become more confident, have them shift their focus to the space directly above my head. They must imagine they’re speaking to a real person, just one who isn’t in the audition room.

All that said, it is important to be prepared to make a different choice. Some casting directors will ask performers to look at them directly and do the audition with them. And a few monologues are written with the intention of breaking the fourth wall and should be spoken directly to the audience. (You’ll know if you have such a monologue before you go to the audition so that you can prepare accordingly.)

It’s essential for a young actor to feel confident in the audition process and give the impression that you know what you’re doing. For this reason, the safe choice is to prepare your monologue to be delivered looking just above the head of the auditor. Then, if the auditor asks you to speak directly to them, you can make that adjustment on the spot.

Remember that your goal is to wow the casting director with your delivery, connection, and authenticity. You can create magical moments in your auditions no matter where you focus your eyes but following these general guidelines will remove any doubts about your professionalism and preparation.

Denise Simon
Denise Simon is a New York-based acting coach and career consultant who has been involved in the entertainment industry for more than 30 years as an actor, teacher, director, casting director and personal talent manager.
END_OF_DOCUMENT_TOKEN_TO_BE_REPLACED