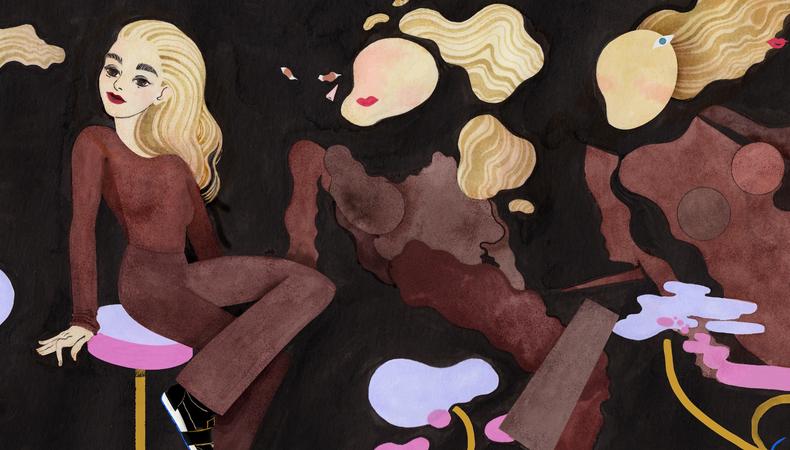 Television has changed a lot since Peter Golden began casting at CBS. Actors now have the opportunity to audition for a director on the other side of the globe, and priorities have shifted so that representation and authenticity are at the top of creators’ checklists. Now, in addition to holding the top casting post at the network, Golden is a representative for TV casting as the co-governor of the Television Academy’s casting peer group. In his position, he can raise the profile for casting directors and advocate for their recognition at events like the Emmy Awards, where CDs can win trophies for comedy, drama, limited series, and now reality casting. The industry is finally coming around to the importance of casting in the process of making TV, but Golden—along with his casting peers—will continue to prove why it’s an art form, not just a job.

What do you wish other people who make TV knew about casting?
People in the industry are understanding it now; it’s more the audiences. I have friends who will say, “Wow, couldn’t you get someone better than that?” If they understood the process and how many people we went to before we cast someone, they might not say that. It’s educating. People idealize this industry and how easy it is because everybody knows actors and can say, “Hey, let’s put someone in this project,” but they can only do one series at a time, so they aren’t available for something else. It’s not something that you can sit back and say, “Oh, here’s a list of actors, let’s just put them in.”

How do you differentiate between good acting and a good casting job?
If you think of a casting director putting a cast together, they’re making a blueprint. And then a director and a lighting designer and everyone else builds the house. The casting director has the vision for the possibility. I remember a role that we brought in 200 brilliant character actors for and nobody was getting it. This one guy came in, and he found an approach to the character that was so unique that everybody was like, “There it is!” I remember watching dailies where he didn’t do the thing that got him the job. He said the director told him not to do what got him the part. He was fine, but it wasn’t to the next level. Great work is really a collaboration.

Why is it important that casting is represented at the Emmys?
It’s a crucial part of the process and contribution. If you look through who the nominees and who the winners of the categories have been since Lynn Kressel won for “Lonesome Dove,” you realize the artistry of putting that group of people together.

How has your role in casting TV changed since you started?
It has changed so dramatically. I started out in New York, and we would FedEx tapes to Los Angeles and, two days later, they’d have our auditions. Now, a minute later, they have our auditions. A director in Los Angeles can watch an audition in New York in real time and say, “Do it again, and then do it this way.” In a good way, it made the universal talent pool much smaller. We look at Australia, Morocco, Madrid, Mexico, Canada—all over the world. It’s as easy as the click of a link. The authenticity has grown tremendously. It has provided opportunities for people who didn’t have opportunities before.

What are some common misconceptions about casting?
Really good casting directors have real artistic visions about more than just one actor being right for one role; it’s the look and feel of an entire ensemble, and every role is as important as the next. It’s like a puzzle. Casting is an incredibly difficult job, and it really is finding needles in haystacks. With the advent of streaming and short orders, actors’ time is valuable. Television casting directors, and particularly broadcast casting directors, are at a disadvantage in the number of actors available to them, because if I have a list of 100 actors and let’s say 50 of those actors are just not technically available timing-wise, there’s a whole other group that won’t do 22 episodes. Then there’s a whole other group that have very specific ideas of the kind of shows they want to do. If I’m an actor and I want to do a variety of different things, signing on to a broadcast series where I’m tied up for three-quarters of the year and I can’t do a Broadway show might not be an option.

Elyse Roth
Elyse is a senior editor at Backstage, where she oversees all casting news and features content, including her weekly casting director Q&A series, In the Room. She came to New York from Ohio by way of Northwestern University, where she studied journalism, and now lives in Brooklyn. She might see and write about awards-worthy films, but Elyse still thinks “Legally Blonde” is a perfect movie and on any given night is probably taking in some kind of entertainment, whether it’s comedy, theater, ballet, or figuring out what show to binge next.
END_OF_DOCUMENT_TOKEN_TO_BE_REPLACED