Why Actors Need to Look Beyond Our Business For Inspiration 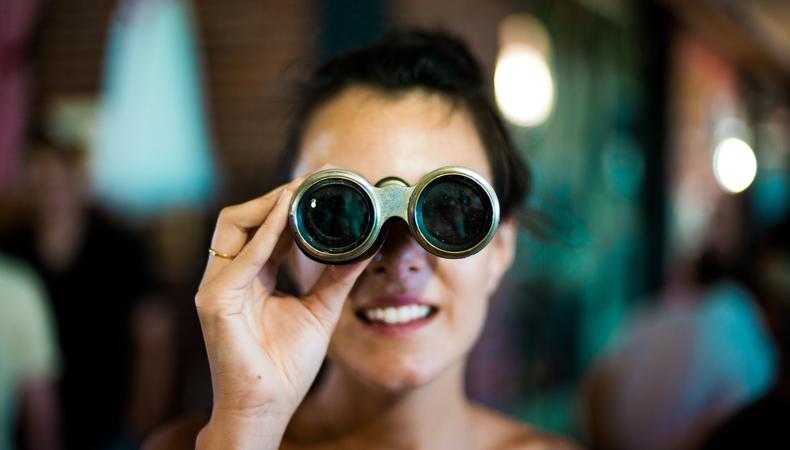 When I launched my podcast in July of 2017, it was a reaction to the business of acting. From the outside, things looked great: I’d been supporting myself and my family as a working actor for almost two decades. I was appearing on ABC’s “Scandal,” “Wind River,” in which I had a nice turn, was just over a month from hitting movie theaters, and I’d begun working on Season 2 of Amazon’s “Goliath.”

And yet, despite these external signs of success, I still felt a nagging feeling of lack of control, as though my fate—and that of my family—lay in the hands of “them,” those who deemed whether or not I was good enough to be worthy of being hired.

One of the difficult pills for actors to swallow once they’ve ventured far enough down the path of their career is that appearances and reality are not always the same thing. So while an actor may have work airing or about to air, many of those gigs were shot and paid for long before, leaving a large gap between the appearance of “being everywhere” and the reality of being out of work.

Because we’re taught to model the behavior of those who have gone before us, many actors turn to studying the lives of other actors for inspiration. I agree this is a must, but it’s not the end of our study: there are many valuable lessons to be learned from those outside our industry, specifically because they’re not going through the same process we find ourselves in.

Over the years, I’ve found that the extremely bleak odds of a career as a professional actor can foster an insular, defeatist attitude amongst friends and colleagues that eventually leads to the death of careers. On the contrary, looking beyond our industry provides real inspiration by revealing that everyone—not just actors—struggles. And, when I say everyone, I mean even those flying in private jets.

READ: The Art of Building a Believable Character

I put this premise to the test with my podcast, figuring that if I felt this disconnect between how people perceived my life and how it really is, that maybe leaders in other industries would have a common theme.

Turns out my instinct was correct: from CEOs to professional athletes, healers to best-selling authors, high-level producers to actors, not only have I found stories that made me feel less alone in my struggles with the intersection of art and commerce, but also many valuable lessons.

What’s more, my palette of characters to draw from as an actor and a writer has expanded because these are real people in different industries, similar to those I may portray or write about. They necessarily prevent me from basing characters on the performances of other actors portraying a similar character.

In short, whether it’s picking up a copy of Studs Turkel’s “Working” or listening to an interview, I urge you to remember the most basic premise of what it is you’re doing as an actor: Your job is to learn about humans from all walks of life, get under their skin, figure out what makes them tick (which also means figuring out what makes you tick), and defending their point of view to the world using every aspect of your being (physical, mental, emotional, psychological).

Don’t stay trapped in industry magazines and talk shows about who’s who and what’s new. Get out in the world and study real people. Talk to real people. Observe real people. You’ll see exponential growth in the depth of your work and you’ll expand your sense of self and the world.