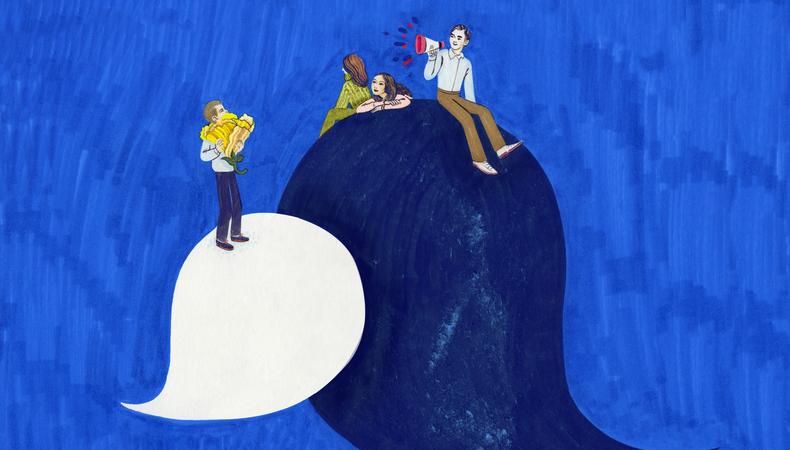 Many casting directors will return to directors and producers for more than one project, and John Jackson is no different. When he moved from Los Angeles to Nebraska early in his career, he got the opportunity to cast background for an Alexander Payne film, which led to a second, then a third—and now the two have worked together on seven films total. On projects from “Election” to last year’s “Downsizing,” Jackson and Payne conducted exhaustive searches in local talent scenes in Omaha, Nebraska; Toronto; Scandinavia; and more while searching the world to find the exact right fit for the director’s large ensemble casts. Jackson loves the flexibility and internationality of auditioning through self-taping, and the fact that he’s still in the Midwest with three films in progress proves that L.A. and New York City aren’t the only places to get cast.

Where do you look for new talent? On locations, we do a lot of outreach into the community where we’re shooting. It’s whatever channel we have to take, whatever it is you have to do to find what we’re looking for. That’s what makes it so much more interesting to me than sitting in a conference room in L.A. and talking about movie stars. Being on FaceTime with an actress in Sweden when I’m in L.A. and saying, “Your reading is great, but do this and that to improve it and let’s do it again,” and just being blown away by it, that’s exciting to me.

You build a lot of ensemble casts. As the CD, what are you looking for during that process? It’s a little of both individual talent and chemistry between actors. For example, with “Nebraska,” when I was building that family, I was very conscious. I had a board of everyone’s photo, whether they were cast or not. It was important to me to look at Bruce [Dern] and June Squibb and think, Do I believe these people are related? I’m pretty retentive about things like that. Am I thinking about the ensemble? In an abstract way, of course. It’s way easier to think of the reality of the world that the film creates. Build from that, and the ensemble will create itself.

What’s the CD-filmmaker relationship like when you have a longtime collaborator like Alexander Payne? There are not too many people who get in front of Alexander’s camera that I haven’t seen or had some opportunity to make my opinions about [them] known. Whether it’s the lead or it’s background, it doesn’t matter. I’m involved in every aspect. It provides a continuity within the film itself, within the production, in terms of the personnel you see on camera, because you’ve got one viewpoint throughout. I’m filtering his viewpoint, but my own sensibility is also present. There’s always a through line to it.

How do you work together? It’s constant communication. When we’re working on a project, I have access to him on a daily, hourly, and weekly basis. When we’re on location, when we’re at the studio, I always have his ear and he mine. It’s just constant. We both believe that the process takes however long it takes. We’ll just keep searching. We both have an attitude that everyone should be considered. At the end of the day, we might settle on a movie star, but by the time we figure out who that movie star is, we’ve looked at this guy over here, too, that somebody said we should meet. It’s a completely open, cumulative arc. It’s a completely collaborative art form.

Elyse Roth
Elyse is a senior editor at Backstage, where she oversees all casting news and features content, including her weekly casting director Q&A series, In the Room. She came to New York from Ohio by way of Northwestern University, where she studied journalism, and now lives in Brooklyn. She might see and write about awards-worthy films, but Elyse still thinks “Legally Blonde” is a perfect movie and on any given night is probably taking in some kind of entertainment, whether it’s comedy, theater, ballet, or figuring out what show to binge next.
END_OF_DOCUMENT_TOKEN_TO_BE_REPLACED