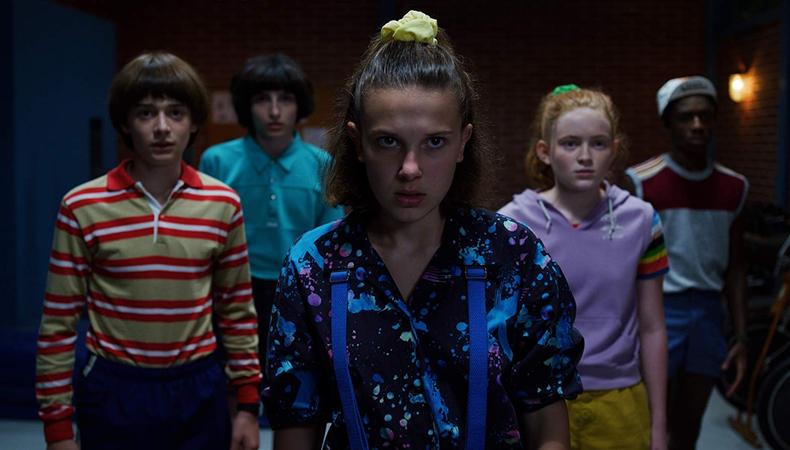 I work with a lot of young professional actors that are responsible for multiple pages of dialogue during their auditions. Many parents think that their child actor just needs to memorize their lines, but making that assumption is a big mistake! What we want to see in the audition room is your kid’s personality shine through using the dialogue written without it feeling forced or rehearsed. One of the best ways to prepare for this is to take an on-camera acting class that will teach your kid how to work with copy.

Yes, a theater class is fun for your kid as it frees them up, but an on-camera acting class that prepares them for TV and film roles is a must especially if they’re auditioning for these types of parts consistently. Here are four lessons your child will learn about working with copy from an on-camera class.

1. How to create an environment for the camera.
Knowing how to use the camera to create the environment helps us see that your young actor knows the story and where they are physically in the story. Working on this in class will help your child get used to doing it in an audition. That way when a scene takes place in a library for example and they’re having a conversation with their best friend, they realize whispering would be a great way to create that environment for us.

2. How to place multiple characters or “eyelines.”
Your child’s scene may require them to be talking to multiple characters. Often times, we give audition scenes like this to see if they can create different relationships with each character on-camera. One way to effectively do this is to have different eyelines with each character by placing them close to camera. You want the reader to be the character they have the most dialogue with and you never want to read directly to the camera in a TV or film audition. A class that teaches how to work on copy will allow your child to practice this so they’re ready when audition day arrives.

3. How to personalize relationships.
This is one of the most important aspects of acting or “storytelling” in my opinion. Parents often make the mistake of having their kid memorize the lines versus having a personal relationship with who they are communicating with. For example, maybe they’re in a scene with their sister, next-door-neighbor, and aunt. For most kids, it’s easy to personalize how they feel about a sibling, yet sometimes it’s a challenge for them to create the next-door-neighbor relationship and the aunt relationship. You want to be sure you’re working on the story between them and these two other characters, why they’re saying what they’re saying, and how they feel about what’s being said and done to them in return. You can work with them on this as they also work on this in class.

4. To work on current TV, film, and commercial material continually.
If your young actor is auditioning for television and film roles, they need to be working on current scripts consistently. This not only helps them get off book quickly with strong, personalized choices, it also builds their on-camera audition confidence. A class will help them do this, but remember to keep it going once you leave a class as well.

Overall, we want the experience for all young actors to be positive, fun and empowering. The best way to do this is to be sure your child is well prepared beforehand and an on-camera class that teaches working with copy can do that.