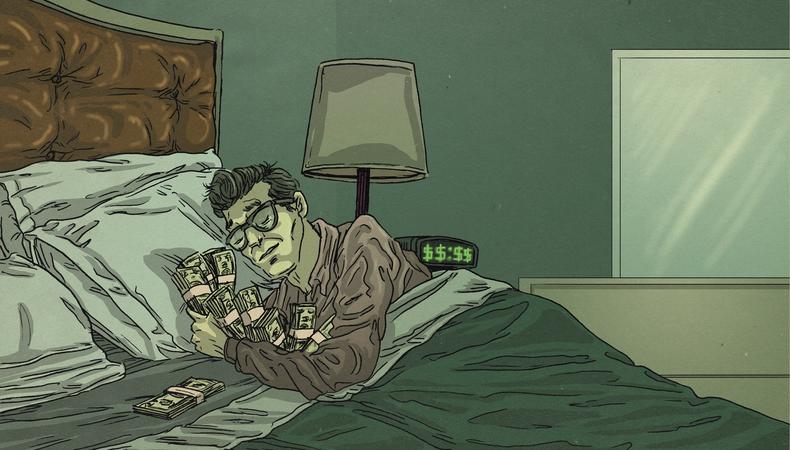 It’s a rare thing, but every now and then, I’ll find myself at a party where I’m the only industry person present. Eventually, word gets around that a Hollywood agent is there, and I’ll start to draw some attention. The questions always come in three predictable waves. First, people want to know if I represent anyone famous. I can see the disappointment on their faces when I respond honestly. Then, they ask how agents make a living. I have a pat answer for this one involving salary and commission structures. And then, their curiosity segues into how much working actors earn compared to big stars. My answer always gets the same reaction: “What? They make that much? That’s crazy!”

Here’s what they’re freaking out about. I use the criminal-of-the-week part on a show like “NCIS” or “Criminal Minds” as an example. Guest star roles like that are hired for eight days, which is how long it takes to shoot a one-hour network drama. The actors don’t actually work during that entire period, but the show owns them from start to finish, so they can’t accept any other employment until they’re wrapped. Locking performers down this way makes them available if there are any schedule changes. Their compensation for one of those roles is known as TOP, which is short for top-of-show. That amount is currently $8,624. (The rate is slightly lower for certain cable shows and comedies that only work five days.)

When civilians learn actors make close to $9,000 for a measly eight days of work, they are always surprised. But here’s the thing: They’re making a false assumption. They’re assuming actors make that much every week of the year. Sadly, that just ain’t true. That paycheck has to last a lot longer than eight days, because they don’t know when they’ll be working again. Sure, it would be great to book nonstop guest star roles for 12 straight months, but that’s not realistic.

READ: How Actors Can Save Their Money

Here’s another consideration: Actors don’t get to keep the entire amount. Like most mortals, they have to pay taxes. They also have to pay their agents 10 percent. And if they work with a manager, that’s another 10 percent off the top. Ultimately, they usually pocket about half of the paycheck. When I explain this at parties, people realize the acting life can be a real financial drag unless your name has the ability to put asses in the seats.

That’s why having a good agent is so important. It’s our job to make sure clients earn as much as possible on every single job. We understand that paycheck has to last. This is why I always laugh when ignorant actors complain their reps are greedy. Well, isn’t that what you want? Isn’t our greed in your best interest? What kind of idiot wants an agent who settles?

The holiday season is here, and that means I’ll be attending more and more parties—so I guess I’ll be answering more and more questions. That’s fine. Part of my lot in life is educating people on how the industry works. I just hope I can avoid the helpful individuals who always corner me with this precious nugget: “You have to meet my niece. She’s so talented! Can I send you her picture?” Save that talk for when I’m out of earshot.