Wilmer Valderrama on the Production Insight Only Actors Have 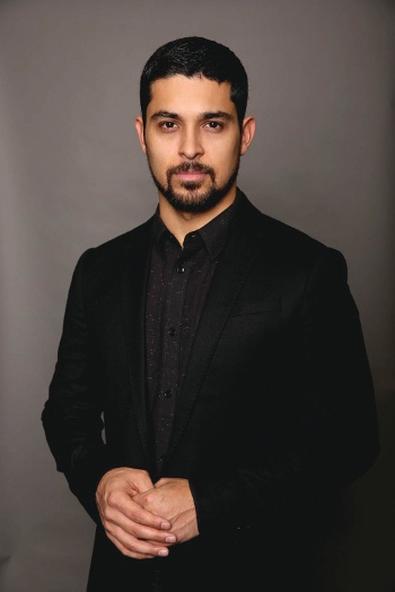 Having a beloved role on one’s résumé can lead to pigeonholing, as casting directors quickly exhaust the narrow margin of characters for which one is deemed “appropriate.”

But Wilmer Valderrama, who played Fez for eight seasons on popular sitcom “That ’70s Show,” managed to move into different characters and roles while retaining some of his past persona, and for good reason: It’s wise for an actor to know where portions of his fan base live when he’s working to build a production enterprise.

Valderrama, after moving through different pockets of the industry—voicing the title character on animated Disney series “Handy Manny,” appearing in films such as “Party Monster” and “Fast Food Nation,” and directing—is building the “artist’s home” of WV Enterprises, a one-stop-shop production house that gives new projects the lifeblood studios and networks can’t—all backed by the actor’s insight.

“Sometimes studios have a tough time listening to the actors telling them, ‘Look, this is how I communicate with my fans, this is where I know they’re consumers, this is where I know they live,’ ” he says. “As artists, we just want to entertain and have a dialogue with our audience [about] our artistry, so if we can create a home where all of my colleagues can come and create, and come and find a vessel of entertainment we can get to our fans, that’s empowering.”

A shared frustration over television shows and networks with no real, informed opinions pushed Valderrama to tap his industry contacts to create a production studio equipped to handle pre- through postproduction, marketing, licensing, product development, and feature film, television, and animated series development, all with the versatility of an “active production company” that’s able to thread together a spectrum using his career as a guide.

“The level of diversity that we infuse into everything we develop is something I’ve never seen in the industry,” Valderrama says. “The ideal is to create a tone that appeals to the real faces of America—specifically because when I first started on TV, I was the only Latino on Fox for years!

“Networks continue to produce at Latinos, at African-Americans, as opposed to really understanding what drives them,” he says. “They’re not looking for you to produce something that waves the flag of their country or sounds and smells like them. The Latino community watches ‘Friends’ and they watch ‘That ’70s Show,’ ‘Transformers.’ All they’ve ever really wanted was to be invited to the party, and once they show up, they’ll bring the beer, they’ll bring the ribs, they’ll set up shop, they’ll put up a little umbrella, and then guess what? They’ll bring their entire family and make the party fun!”

He cites Robert Rodriguez’s new El Rey Network, home of the TV series adaptation “From Dusk Till Dawn” (in which Valderrama plays vampire villain Carlos) as a step in the right direction: It’s an entity that “invites the world while paying tribute to a heritage.” And it wasn’t something Rodriguez waited for, but instead built from the ground up. Valderrama aims to follow a similar formula that further encompasses his experience in the television and film industry.

“A lot of us actors, we morph our careers into different genres, from comedy to independent films, and then you gain another audience every time,” says Valderrama. “You start standing in different areas of the industry as you grow as an actor and a performer. The idea is to pay attention to where you are in your career and your artistry and ask, ‘What are the things that your fans are ready to consume or take from you as a visionary?’ ”

Briana Rodriguez
Briana is the Editor-in-Chief at Backstage. She oversees editorial operations and covers all things film and television. She's interested in stories about the creative process as experienced by women, people of color, and other marginalized communities. You can find her on Twitter @brirodriguez and on Instagram @thebrianarodriguez
END_OF_DOCUMENT_TOKEN_TO_BE_REPLACED