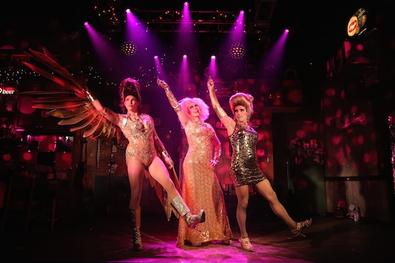 The winners for the sixth annual Clive Barnes Awards were announced Jan. 11 with recognition in the dance category for American Ballet Theatre’s Gabe Stone Shayer, and for Dave Thomas Brown in the theater category for his leading turn in Off-Broadway play, “The Legend of Georgia McBride.”

All finalists won a cash prize, while the winners took home $5,000. Tony winner Annaleigh Ashford (“You Can’t Take it With You,” “Sylvia”) and Blakeley White-McGuire (Martha Graham Dance Company) presented the awards at the Walter Reade Theater in Lincoln Center, NYC.

Created in honor of the performance critic, Clive Barnes, candidates are selected via a panel of professionals in both disciplines.

Briana Rodriguez
Briana is the Editor-in-Chief at Backstage. She oversees editorial operations and covers all things film and television. She's interested in stories about the creative process as experienced by women, people of color, and other marginalized communities. You can find her on Twitter @brirodriguez and on Instagram @thebrianarodriguez
END_OF_DOCUMENT_TOKEN_TO_BE_REPLACED