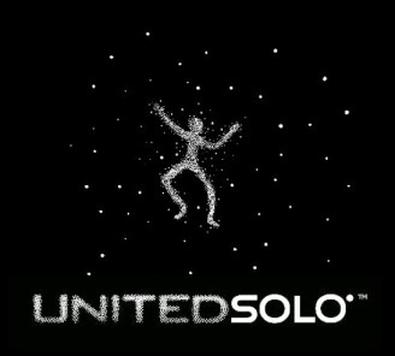 United Solo Festival celebrated the completion of its longest festival to date Nov. 23 with its award ceremony. Running 10 weeks, from Sept. 18–Nov. 23, the festival played host to 130 productions in its fifth year.

“I couldn’t be happier to see how United Solo has grown, on many levels,” said Omar Sangare, the festival’s founder and artistic director. “Our festival expanded from a two-week event to a season spanning over two months. We created an overseas showcase, and we have our own collection of published scripts. But most importantly, we created a community of artists around the festival, with whom we can be in constant conversation about new ways to fulfill our mission.”

Best Production for “THE WONDER” by Susan Ferrara, co-directed by Julie Ann Emery and Kevin Earley
Best Direction for Estelle Parsons for “RHAPSODY IN BLACK”
Best One-Man Show for “FAGGY at 50” by Joe Gulla, directed by Brian Rardin
Best One-Woman Show for “Butoh Medea” by Yokko, with associate director Brian Rhinehart
Best Encore for “Spitting In The Face Of The Devil” by Bob Brader, directed by Suzanne Bachner
United Solo & Backstage Audience Award* “My Insane Shakespeare” by Arthur Elbakyan
Best Actor for Javier Rivera in “Salve Regina: A Coming Of GAY Story”
Best Actress for Ali Harper in “Bombshells”
Best Comedian for Nancy Redman in “The Doctor Is Not In”
Best Storyteller for Leland Gantt in “RHAPSODY IN BLACK”
Best International Show for “The Big Smoke” by Amy Nostbakken, directed by Nir Paldi
Best Drama for “Stealing Sam” by Steven Gallagher
Best Comedy for “BIO-HAZARD: a relative comedy” by Sarah Elizabeth Greer
Best Musical for “Good Enough” by Matthew LaBanca
Best Autobiographical Show for “The Beauty, The Banshee & Me” by Cathy Lind Hayes
Best Avant-Garde Show for “Health Insurance” by Daniel Piper Kublick
Best Variety Show for “THAT’S ALL I GOT” by Addie Walsh
Best Multimedia Show for “Inside the Whale” by Aurora Lagattuta
Best Cabaret for “My Life Is a Woody Allen Film” by Aja Nisenson
Best Satire for “Lost in Lvov” by Sandy Simona
Best Stand-Up for “When I Could Feel” by Vicky Kuperman
Best Spoken-Word Show for “She Think She Grown” by Shannon Matesky
Best Experimental Show for “NOTHING by Nic Balthazar” by Jon Kovach
Best Concert for “The Spirit of Vaudeville” by Richard Stillman
Best Educational Show for “The Magic of Rudyard Kipling: ‘Just So’“ by Jackson Gillman
Best Dramatic Script for “Women On The Verge” by Kimba Henderson, performed by Faith Collins
Best Comedic Script for “TALES FROM GERIASSIC PARK – On the Verge of Extinction” by Verna Gillis
Best Adaptation for “The Tall Boy” by Simon Bent, performed by Tandy Cronyn
Best Non-Fiction Script for “Children are Forever (All Sales Are Final!)” by Julia Jackson
Best Documentary Script for “SILENT WITNESSES” by Stephanie Satie
Best Biographical Script for “Einstein: A Stage Portrait” by Willard Simms, performed by Tom Schuch
Best Storytelling Script for “Random Acts” by Renata Hinrichs
Best Autobiographical Script for “What Will People Think?” by Anthoula Katsimatides
Best Educational Script for “L.A. Unified” by David Newer
Best Premiere for “Some of the Side Effects” by Dave Shaw
Best Emerging Actor for Sentell Harper in “Seek and Ye Shall Find”
Best Emerging Actress for Melissa Ritz in “Journey Of A Bombshell: The Ina Ray Hutton Story”
Best Festival Debut for “In the Storm of Pleasure” by Daniel Benhamu, directed by Zishan Ugurlu
First Sold-Out Show for “BIG DUMMY” by Mary Dimino
Best Musical Direction for Gary Schreiner, “My Life Is a Woody Allen Film” by Aja Nisenson
Best Projection Design for Richard A. Harris, “MANCHESTER GIRL” by Sue Turner-Cray
Best Lighting Design for Derek Van Heel, “Butoh Medea”
Best Costume Design for Deepsikah Chatterjee, “Butoh Medea”
Best Choreography for Yokko and Jordan Rosin, “Butoh Medea”

* The winner of the Audience Award was chosen in an online poll, created in partnership between United Solo and Backstage magazine.