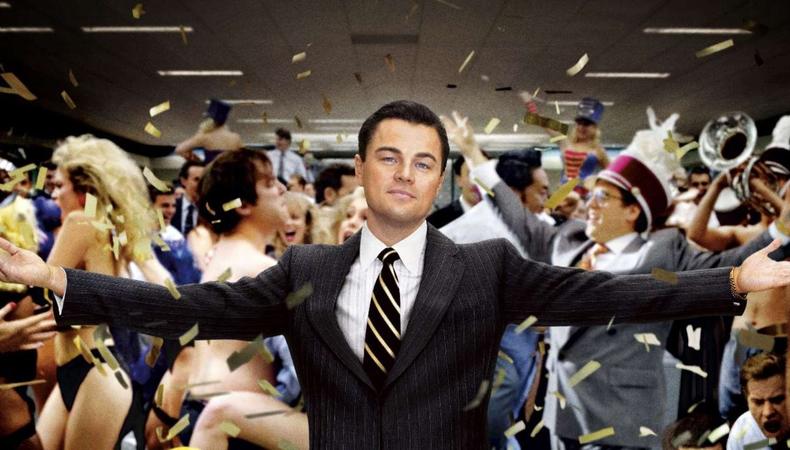 Money talks.
“The Wolf of Wall Street,” the memoir by Jordan Belfort that later became a hit feature film from Martin Scorcese, will now be told in yet another medium. An immersive production of the money-and-hedonism cornucopia will premiere in London Sept. 5, wherein audience members will be able to “eat in our restaurant, drink in our bars, trade with Jordan, or work for the FBI,” producers said. No casting has been announced for the titular trader (played in the film by Leonardo DiCaprio) nor any other role.

Making her way downtown—then to Broadway.
There’s a new Carole in town. “Beautiful—The Carole King Musical” has announced that three-time Grammy nominee Vanessa Carlton will step into the title role of the long-running musical, beginning performances June 27. Carlton will play a 10-week run in the track, which will also mark her Broadway debut.

A revolution roars back to Broadway.
“1776” is coming back to Broadway—but audiences are going to have to wait a while. Roundabout Theatre Company along with American Repertory Theatre at Harvard University will present a new production of the Tony-winning musical, directed by Tony winner Diane Paulus. Performances will begin at the American Airlines Theatre spring 2021. Prior, the musical will play a number of cities including Boston at A.R.T itself, as well as in Los Angeles, and others. No casting has been announced.

Casey Mink
Casey Mink is the senior staff writer at Backstage. When she's not writing about television, film, or theater, she is definitely somewhere watching it.
END_OF_DOCUMENT_TOKEN_TO_BE_REPLACED