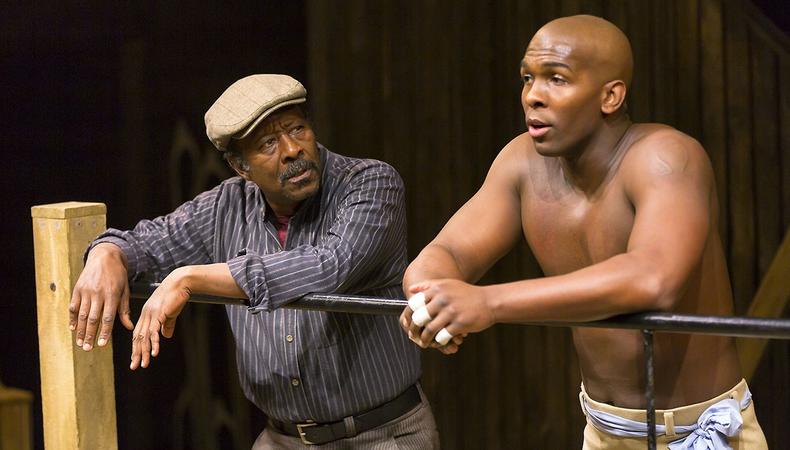 The Clive Barnes Foundation handed out top honors to some of New York City’s finest theater and dance artists today. Hosted at Lincoln Center’s Walter Reade Theatre by Michael Riedel, the seventh annual Clive Barnes Awards were presented in memory of their namesake, a writer and critic who dedicated his life to supporting live performance.

Winning the top awards were actor Khris Davis for his luminous performance in “The Royale” at Lincoln Center Theater, and for dance, Indiana Woodward of New York City Ballet. Oscar- and Tony-winning actor Joel Grey presented Davis with his award, while Woodward received hers from Ashley Bouder, the New York City Ballet’s principal dancer. Both honorees are to receive an award of $5,000.

Jack Smart
Jack Smart is the awards editor at Backstage, where he covers all things Emmy, SAG, Oscar, and Tony Awards. He also produces and hosts Backstage’s awards podcast “In the Envelope” and has interviewed some of the biggest stars of stage and screen.
END_OF_DOCUMENT_TOKEN_TO_BE_REPLACED