Being a Working Actor Can Be Anything but Glamorous 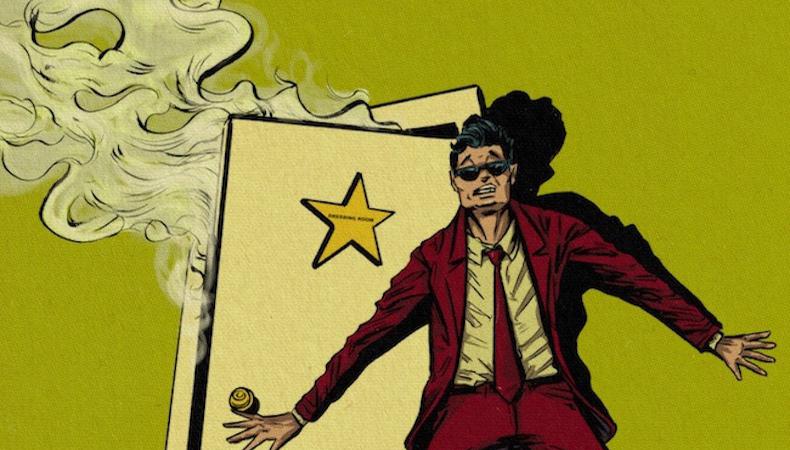 The other day, I was wandering through a flea market when I came across some faded Hollywood magazines from the ’40s and ’50s. All of the articles were about the fabulous lives of stars like Cary Grant and Rita Hayworth. They went on and on about how much fun actors have when they’re working on set. This made me laugh. Guys like me know the ugly truth.

I recently spent some time visiting my client Jennifer on set. She works most of the year as a series regular on a network show. During hiatus, Jennifer likes to do independent films that have challenging roles. This production was being shot on a shoestring budget, much lower than what she was used to, and Jennifer knew that going in.

After watching my client shoot a few scenes, we retired to her trailer, which were significantly cramped quarters compared to her usual double-banger. The two of us chatted for a while, and then I mentioned that I needed to use the bathroom.

She grinned before saying, “Go ahead.”

I looked around, but couldn’t find the door. What the hell? Jennifer was guaranteed a private bathroom in her contract.

READ: Getting Fired Could Be the Best Thing to Happen to You

Jennifer stood up, turned around, and lifted the cushion she had just been sitting on. There was a hole right under it. That was her private bathroom.

This sort of thing never happened to Grant or Hayworth, and I can pretty much guarantee it doesn’t happen to Denzel Washington or Viola Davis. But the majority of working actors will often find themselves in situations that are as far from glamorous as China is from Burbank—and that’s one of those things they don’t teach you at Juilliard.

One of my other clients, a guy named Matt, had booked a supporting role in a studio film. His first day of work was a scene where six family members enjoy Thanksgiving dinner while they gossip about the brother who isn’t there. Sounds like fun, right? Wrong. Scenes with food are a nightmare.

The first hour was cool because the food was tasty, but then the nausea started to kick in. Take after take. Bite after bite. By midafternoon, Matt was ready to throw up. He quickly learned not to swallow because the human body can only hold so much food. He also learned there’s absolutely nothing glamorous about spitting chewed food into a bucket.

These sort of hardships aren’t exclusive to film and television sets. I’ve seen tough conditions onstage, too. Martin McDonagh, the writer and director of “Three Billboards Outside Ebbing, Missouri,” wrote a play called “The Lieutenant of Inishmore.” During Act 1, my client had to be suspended upside down for an entire scene while he was being tortured. Think that’s comfortable? News flash: It’s not.

Over the years, I’ve had a client who scratched his cornea during a sandstorm in Death Valley, and I’ve worked with a kid who spent an entire day having his face pushed down into a pool of mud. I also remember one poor bastard who got seasick, over and over, while shooting on a boat during a fake storm.

And you know what? Not one of those actors ever considered a new line of work; it all comes with the territory of being a working actor.

Want to get to work? Check out Backstage’s Los Angeles audition listings!