How Working With Puppets Can Make You a Better Storyteller 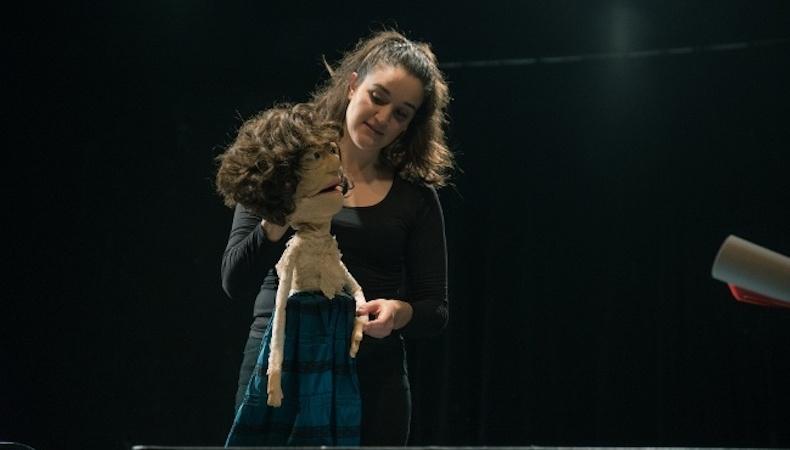 Both humans and puppets inhabit No. 11 Productions’ latest project, “Friends Call Me Albert,” a new play from Zachary Desmond about Albert Einstein and his physicist wife, Mileva Marić. Backstage spoke with puppeteer Alison Novelli about what actors can gain from puppetry.

Puppeteering is acting—sort of.
“A puppeteer is someone who manipulates something onstage to create life out of an inanimate object. [It’s acting] in the sense that you have a character and a story to tell; it’s not acting in that you’re not putting yourself in that situation. It’s more [like] choreography. It’s understanding that if you move your hand this way, it then tells this story.”

READ: How Puppetry Can Improve Your Performance

Actors can learn a lot about people from puppetry.
“You learn a lot about behavior when you have to create it as a third party. When you’re creating it artificially, you learn how specific you have to be. I’d love to say it makes me a better actor by being able to work with puppets, but I think it makes me a more diverse storyteller because the stories I’ve told with puppets are different from anything else I’ve seen.”

Puppet-human casts provide a unique perspective.
“In ‘Friends Call Me Albert,’ there’s a mix. It lets you comment on the world and, particularly if they’re human puppets, how they affect character. We have puppets that are portraying people in real life. They have to hold their own backstory as well as the world within the play.”

Puppetry is two-tiered.
“If you think of it like an actor, you develop a character and the character is telling a story, but the puppeteers are not only figuring out the character arc but also how they move and how they tell that story. You always have to be moving, otherwise the puppet falls dead onstage. Anything that is alive is always moving. [Humans] have the benefit of breathing that shows we’re alive, whether we’re conscious of it or not. With puppeteering, you always have to be conscious of movement because that reads as life.”

Puppeteering allows for risk-taking.
“I honestly find puppetry is a little easier than acting because you have this series of movements and a concrete script that is definite. I know that if I move in this manner, it will succeed. Whereas with acting, you never know quite how it’s going to land, and it’s different every single night. Of course, with puppetry, it’s different every single night, but there’s more forgiveness because it’s not a living creature. People’s suspended disbelief is larger and more accommodating, so it’s almost a safer environment where you can explore the extremes of society.”

Casey Mink
Casey Mink is the senior staff writer at Backstage. When she's not writing about television, film, or theater, she is definitely somewhere watching it.
END_OF_DOCUMENT_TOKEN_TO_BE_REPLACED