Working With Transgender Actors: 5 Words to Know and 5 to Avoid 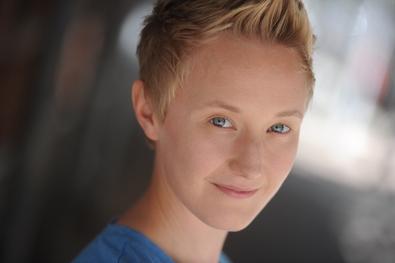 Backstage recently added a way to properly identify transgender actors (like myself) and roles in their breakdowns. Thanks, Backstage!

Changes like this are making it possible for transgender actors to be more visible and send out a more inviting message to young transgender actors who may previously have felt discouraged from pursuing their dreams. As a result, our business is going to hopefully see more of us in audition rooms and on stages. Change can be intimidating, so I would like to share some basic knowledge so that you feel empowered when you bring transgender actors into the mix.

An umbrella term for people whose gender identity and/or gender expression differs from what is typically associated with the sex they were assigned at birth. May include people who identify as trans men, trans women, genderqueer, agender, gender non-conforming, transsexual, bigender, and pangender.

*Transgender identity is not dependent on surgical status or hormone use. Many trans people seek medical procedures to affirm their gender, but many do not. These decisions do not make a person any more or less transgender.

People assigned female at birth but who identify and live as a man. In the biz, they will most likely use the term actor.

Use male pronouns such as he, him, and his unless told otherwise. (Example: John is a trans man and he is also very handsome.)

People assigned male at birth but who identify and live as a woman. In the biz, they may prefer to go by either actor or actress.

Use female pronouns including she, her, and hers unless told otherwise. (Example: Jane prefers using the term actress after her transition.)

*Many people who have transitioned prefer to be referred to simply as men or women without the modifier of transgender. It is always best to ask individuals how they prefer to be identified.

These are some of the many identities that fall outside of the conventional gender binary of male and female. Their gender expression is different from conventional expectations of masculinity and femininity. These people may or may not also identify as transgender. Many will prefer the term actor over actress.

They may use gender neutral pronouns such as they, their, and them or ze and hir. (Example: Em was very happy with their audition and hoped that they would get a callback soon.)

When in doubt of anyone’s pronouns, ASK!

People who identify and live as the gender that they were assigned at birth. (Example: Your parents announced, “It’s a girl”when you were born, and you still live and identify as a woman.)

These terms are offensive. Period. No matter what your friend who sometimes does drag may tell you!

These terms refer to people who typically are not transgender. There are individual exceptions to this, but in general, it is not appropriate to equate being a cross-dresser with being transgender.

Unless you have been given specific permission to discuss someone’s surgical or hormonal status or plans, it is none of your business.

It is not a change, but a confirmation of who we were all along. If you are appropriately discussing any medical transition procedure, please refer to it as gender confirmation.

Above all, I encourage you to ask questions (when appropriate) and get to know us as individuals. I know that this is all very new to a lot of people in the industry. There will be uncomfortable moments and mistakes, but as theater, film, and television performers and creators, I believe it is our job to tackle difficult questions, make a mess, and emerge with a new perspective. So, please, if I walk into your audition room or your rehearsal studio, don’t be afraid to ask me your questions. I will never be able to speak for all transgender actors, but it is my goal to cultivate our place in this business and the beginning of that is open, honest communication.

Em Grosland is an actor and artist based in NYC, working to expand transgender and GNC visibility in the performing arts. To learn more about them visit EmGrosland.com or follow them @EmGrosland.