The 12 Worst Accents Ever Onscreen 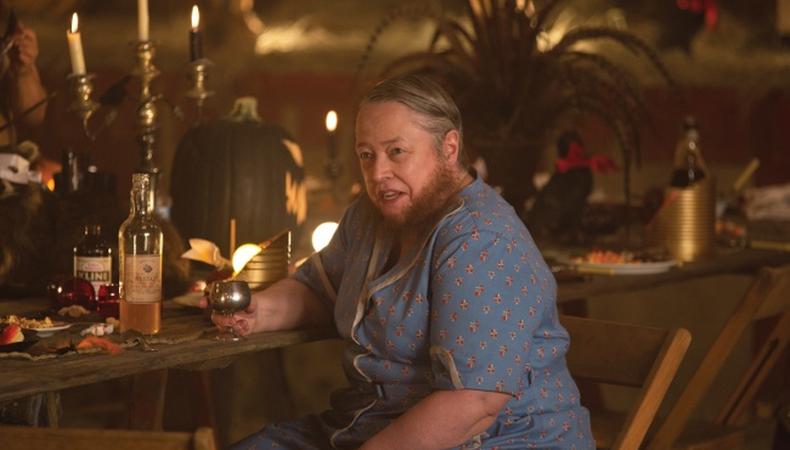 From comical to quizzical to outright offensive, these 12 film and TV actors could’ve really used a dialect coach!

Dick Van Dyke, “Mary Poppins”
Widely acknowledged as one of the worst accents in film history—even by the actor himself—this cockney imitation strikes the only foul note in the Disney classic. But Van Dyke performs Bert with such charm, it’s easy to forgive the bloke.

Kathy Bates, “American Horror Story: Freak Show”
Yes, Bates is one of our most talented actors, but even performers of her caliber fall victim to muddled dialects. Her bearded lady from Baltimore in Season 4 of “AHS” wandered, accent-wise, somewhere between the South and possibly Canada.

Don Cheadle, “Ocean’s Eleven”
Although Cheadle says he worked hard to master a cockney accent for his role as munitions expert Basher Tarr in this classic heist remake, we can’t help feeling it’s a crucial part of the actor’s hilariously over-the-top performance.

Julia Roberts, “Mary Reilly”
Cheadle’s “Ocean’s Eleven” co-star has been well suited for a wide array of characters; her role as the titular housemaid in this “Jekyll and Hyde”–inspired thriller isn’t one of them. Roberts is proof that Americans need to practice their Irish lilts.

Kevin Costner, “Robin Hood: Prince of Thieves”
Costner’s work in this adventure blockbuster epitomizes the pitfalls of a “mid-Atlantic” dialect: rooted in neither America nor any identifiable region in the U.K. How distracting you find his muddy accent depends entirely on your ability to suspend disbelief.

Russell Crowe, “Robin Hood”
But is Costner’s Robin Hood worse than Crowe’s? With his belabored Scottish, hints of Irish, and stretches of incomprehensible grunting, the New Zealand–born, Australia-bred Crowe proves bad accents can exhaust both performer and audience. At least he’s trying?

Anna Paquin, “True Blood”
There are some pretty shoddy Cajun accents on HBO’s bayou-based drama, but Paquin’s turn as Sookie Stackhouse really takes the beignet. Vampires guzzling blood or exploding into goo aren’t the most unbelievable thing about this show—her painstaking delivery is.

Keanu Reeves, “Dracula”
Speaking of vampires, this thrilling Francis Ford Coppola flick features some stellar performances...save one. Actors take note: Regional dialects should be as natural and effortless as possible! Watch Reeves attempt a dainty British tone and just do the opposite.

Gabourey Sidibe, “Tower Heist”
Sidibe is a powerful and promising performer, but when the director of this heist comedy suggested she do a Jamaican accent, it didn’t exactly help her reputation. Vaguely Caribbean and inflected with Irish, her vocal performance affirms the importance of specificity.

Aidan Gillen, “Game of Thrones”
What exactly is going on with Gillen’s husky, scattered, yet utterly monotonous voice on HBO’s fantasy epic? His forced delivery wouldn’t be so distracting if he picked one dialect and stuck with it.

Jennifer Coolidge, “Friends”
Amanda Buffamonteezi. Even her name is ridiculous. To be clear, Coolidge’s hysterically self-absorbed character on the final season of “Friends” is supposed to have an exaggerated faux-British affect, but we have to include on this list at least one great bad accent.

Mickey Rooney, “Breakfast at Tiffany’s”
Lastly, if there were an Oscar for Most Awful Accent, that statue would be Rooney’s. Critics would have labeled the bucktoothed I.Y. Yunioshi “cringe-inducing” and “offensive” even if he’d been portrayed by an Asian actor. As it is, Rooney’s broad performance marks a drastic low in cinematic history.

Jack Smart
Jack Smart is the awards editor at Backstage, where he covers all things Emmy, SAG, Oscar, and Tony Awards. He also produces and hosts Backstage’s awards podcast “In the Envelope” and has interviewed some of the biggest stars of stage and screen.
END_OF_DOCUMENT_TOKEN_TO_BE_REPLACED