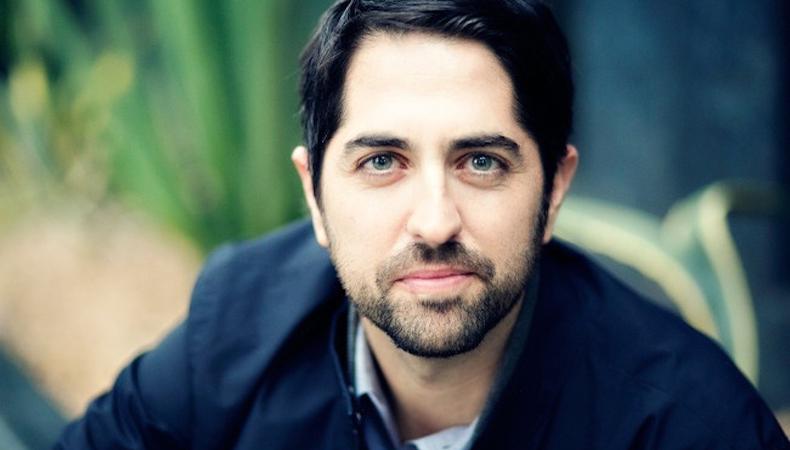 Actor-turned-producer Adam Saunders (“Shimmer Lake”) tells Backstage how he found the impetus to start his own production company, Footprint Features, after growing tired of waiting for others to cast him.

A film’s producer is like a sports team’s general manager.
“Think of a football team. The actors are the players everybody knows; the director is the head coach who’s involved in the day-to-day. When we’re actually shooting the movie, they’re working with the players and guiding the actual shoot, and then the producer is the general manager of the football team. We’re overseeing the whole process.”

READ: Why You Should Pick Your Projects Carefully

There’s no such thing as a small part.
“Even if it’s the smallest part, I’ll sit in the audition room or make sure I see the tape, because every role is critical in telling a story and making a film. I know how hard these actors work and how hard it is to be an actor, and so I know that getting cast in a film is not something they take lightly. As a producer, now that I’m on the other side of the table, it’s not something that I take lightly.”

If there are no opportunities, make your own.
“I moved to L.A. in 2007 and the writers immediately went on strike. I thought, Oh my gosh, I’m gonna be waiting tables until I’m 100 if I don’t figure out some other path. [I said], ‘Let’s just start a film company.’ I had no idea what that meant, but the idea was that we could produce our own movies and I would act in some of them and my friend would direct some of them and we would create this vehicle by which we could be the artists we wanted to be. That was the impetus: to create the work so I didn’t feel like I was always sitting around and waiting for other people to cast me.”

Your behavior in the audition room is everything.
“We want to make sure that the actor comes in [to audition] and has their own original take on it. Maybe they’re doing things in a way that we hadn’t ever conceived of. Are they smart? Do they take direction well? Are they open emotionally and willing to be brave and bold in their choices? All those things come across in the audition room. Their bravery and their kindness and their emotional depth and their intelligence, all those things play into what we’re looking for as the role dictates.”

Producers can make a safe space for actors.
“Because I am familiar with what these actors are going through and how nerve-wracking it can be, I try to create as actor-friendly a set as I can. When we’re scheduling and boarding out the film, I will say, ‘OK, let’s mark the emotional journey of our main actor,’ because I don’t want to open and on the first two or three days have them blowing out their most emotional scenes or something that should be a climactic moment. We’re building to help them get their sea legs. And, look, people we’re casting in these leading roles are pros and they’ve done this a million times and they can work under any circumstance, but that being said, I think they appreciate it when we create a safe space that allows them the room to do their best work.”

Tell the industry who you are.
“[As an early-career actor], you want to have a sense of how you want your career to go. You can say, ‘I am this, and those are the kind of roles I want to do,’ and you can be discerning in those roles. It’s that concept of knowing the kind of projects you want to be affiliated with, the kind of filmmakers you want to be working with, and the kind of roles you want to play, and then whatever role that is, bringing your whole humanity to it and your whole sympathetic self to it. I’m not saying you can’t play a bad person, but even if you’re playing a criminal or somebody bad, you’re bringing all of yourself to that and you’re making that person feel not like a caricature but like a real, whole person.”

Casey Mink
Casey Mink is the senior staff writer at Backstage. When she's not writing about television, film, or theater, she is definitely somewhere watching it.
END_OF_DOCUMENT_TOKEN_TO_BE_REPLACED