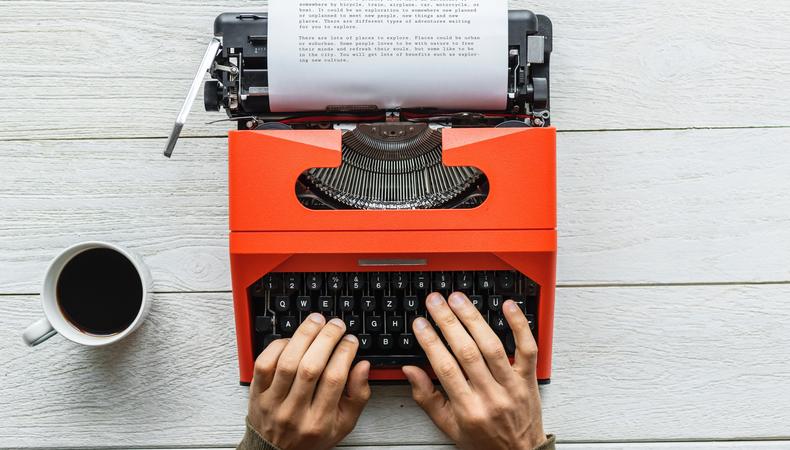 The biggest problem in an actor’s career isn’t figuring out how to act, it’s lack of work. There just isn’t enough out there for all of us. So how do we keep honing our craft when there’s no work to be had?

Let’s be honest, actors are writers at heart. You may not believe it’s true but think about the backstories you’ve created for all the different characters you’ve played. That’s writing. You’re a writer; you’re a storyteller.

Now that I’ve convinced you that you are, in fact, a writer, let’s talk about a few ways to improve your writing so you can create your own content and hone your acting.

1. Know story structure.
Every monologue, scene, or script you write should have a beginning, a middle, and an end. In other words, take a character, give them a goal, and put lots of conflict and obstacles in their path.

Act 1, the set-up/incitement: This is where you introduce your character, the location, the world in which they find themselves. Something should happen to the character in act one—an inciting incident—that launches your character into something new. It’s the thing that moves your character from their “ordinary world” into the unfamiliar or the “new world.”

Act 2, the confrontation/setback: This is where your character tries to get what they want. The key here is to make them struggle towards their goal. I remember one of my acting teachers telling me, “It’s not watching an actor cry that’s interesting, it’s watching them struggle not to cry which becomes fascinating to watch.”

Act 3, the resolution/climax: This is where your story resolves. Even if you want to leave things open-ended, there still needs to be something that makes you feel like the question you started with has been answered. This is where your audience will see evidence of change in your character.

Give them just enough to make them keep asking questions.

3. Consume stories and believe in yourself.
Perhaps the biggest tip and secret to great storytelling is to be a consumer of stories. If you ask any writer what they spend a lot of their time doing (other than writing), they’re likely to answer, “reading.”

For us, it’s a bit different. Part of consuming stories is to read everything you can, especially in the genre you want to create content in, but it’s also watching every TV show and film you can. Watch them for their entertainment value, but also turn on your writer brain and pay attention to what pulls you into the story. What makes you cry? What questions are the creators making you think?

The more you do this, the more you’ll learn by osmosis—the best kind of learning there is!

The one thing I want you to really take away from this is to believe in yourself. Stay teachable—we can all learn more—but also believe in your ability to actually tell a story. We do it all the time already. Every time you recount a funny story or tell someone about your day, you tell a story. You’ve already got the natural knack for it, now it’s time to hone.