3 Writing Tips to Make Producers Want to Fund Your Film 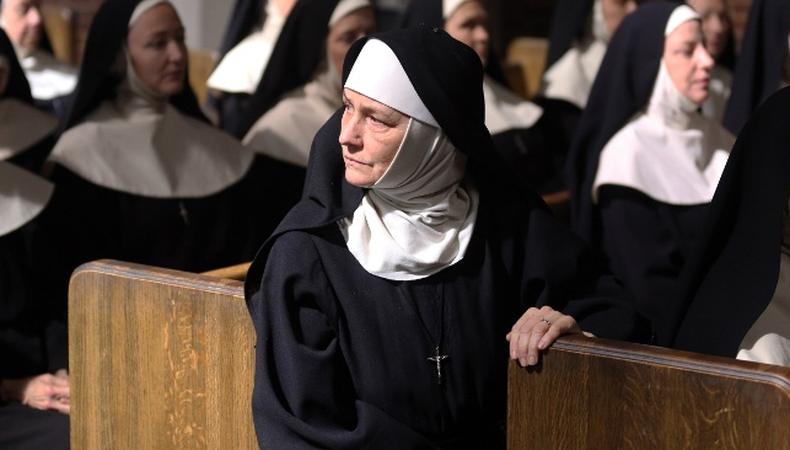 Maggie Betts’ 2017 feature film debut, “Novitiate,” featured Melissa Leo playing a 1960s Reverend Mother who’s trying to maintain control within her convent at the dawn of Vatican II. Writer-director Betts joined producer Celine Rattray of Maven Pictures for an Oct. 25 Backstage Live to discuss the secret to a good script, the best ways to work with actors as a director, and the advice they have for actors across all stages of their careers.

Rattray offered Betts three pieces of writing advice prior to ‘Novitiate.’
Betts: “I remember coming up to Celine at a cocktail party long before I’d even had an idea. She gave me three pieces of advice, which ended up being the foundation of [‘Novitiate’]. One was to make it about a completely novel world that people had not seen before. Two was to try and keep the locations super-contained because a lot of directors get overwhelmed with company moves. The tighter your location situation, the better. And then the last was to write an insanely good part for an actress over 45, preferably over 50, because sadly, that group of women does not get the level of material that other women get.”

Betts learned along the way how to work with her actors. Rattray advises creative freedom.
Betts: “What I did, at least for the younger girls, is I got to know them a lot before as much as possible. People have different needs. [With] people like Julianne Nicholson and Melissa, I mostly just stand back and watch with my jaw dropped without doing much except…fangirling out. But with some of the younger women, I just try to establish a particular relationship that’s meaningful with each, and try to understand [them].” Rattray: “A trait of a great director to me is someone who has a great, great plan, but then is also willing to let magic happen that might not be in line with that plan.”

Actors should relish the small roles and seek a variety of genre work.
Betts: “A piece of advice I would give to actors [is] don’t think that a smaller role isn’t an opportunity to completely shine. I did try and give as much of an opportunity to create a character, even to girls who only had one big scene or one big moment. But it was really the fact that they weren’t in any way snooty or upset about the size of the role [that the ensemble succeeded]. Each young woman took [her] role and said, ‘I am absolutely going to make this stand out.’ ” Rattray: “I think that’s so true and I think that in particular I would say to anyone young and acting: Go for different genres. Early on, having a really wide breadth of roles that you can point to behooves you later in life.”

*This post was originally published on Nov. 1, 2017. It has since been updated.

Want to star in an indie film? Check out Backstage’s film audition listings!

Benjamin Lindsay
Benjamin Lindsay is managing editor at Backstage, where if you’re reading it in our magazine, he’s written or edited it first. He’s also producer and host of a number of our digital interview series, including our inaugural on-camera segment, Backstage Live.
END_OF_DOCUMENT_TOKEN_TO_BE_REPLACED