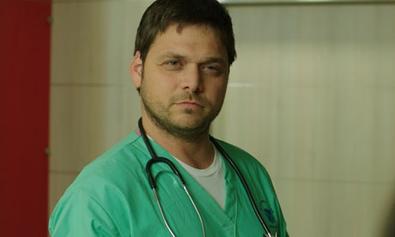 Eytan Fox is a director to be reckoned with—a master of intimate character dramas far more transcendent than anything from Hollywood’s top brass.

In 2002, he released the likable “Yossi & Jagger,” about two male Israeli soldiers whose secret love affair ends tragically on a Lebanese battlefield. A decade later, “Yossi” checks in on its title character, now a weary civilian doctor in Tel Aviv, 34, slightly pudgy, still deeply closeted, and still clutching the memory of his killed-in-action lover Jagger.

As Yossi, Ohad Knoller deserves a shower of major awards for a performance that must not be overlooked. Watching him is like being drawn into a painting layered with dynamic shadings. Knoller makes you feel every weather-beaten second of the past 10 years with a bravely physicalized performance. His frumpy body is slouched in immobile defeat; his puffy eyes, constantly on the verge of crying, are too numb to shed tears. Far from being a wet blanket, however, Knoller lets glimmers of playfulness peek through, hinting at the happiness Yossi craves but is too frightened to claim.

Fox, along with screenwriter Itay Segal, have crafted exquisite scenes that tickle the mind and soothe the heart. Yossi visits the childhood room of his dead lover and finds it frozen exactly as Jagger had left it. The world around has moved on, but the room, like Yossi, remains stuck. Wordlessly, we realize it’s time for him to move on too. It takes extraordinary talent to reveal such cathartic life shifts with the most quiet of visuals.

While Yossi vacations at a resort in the city of Eilat, he meets a young, handsome Israeli soldier named Tom (Oz Zehavi). Times have changed since Yossi’s army days. Tom is brazenly out of the closet and has no qualms about flirting with an older man. The film’s tone shifts to a brightly dawning romance of the highest order, the light at the end of Yossi’s tunnel of despair. When his breakthrough happens, it’s another simple visual moment that powerfully lays bare and washes away the deepest demons of damaged self-worth.