Why Young Actors Should Value the Marathon of an Acting Career 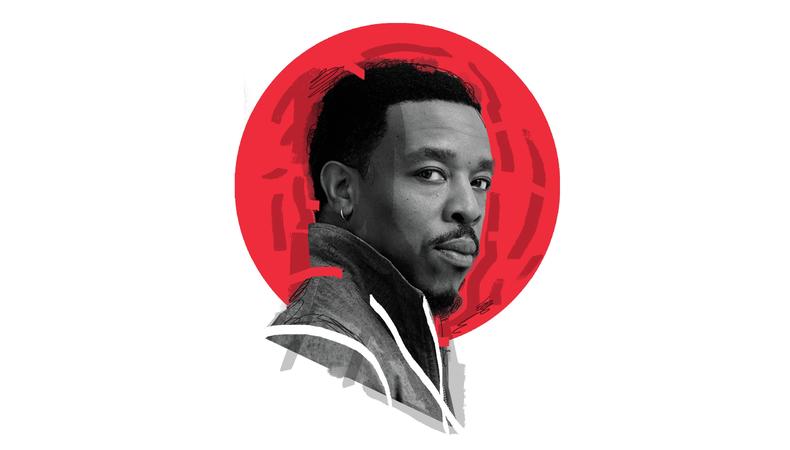 What has your latest role in “Creed II” added to your acting skills?
I think I have a lot more confidence. When you’re in a franchise film such as “Creed,” you have a sense of respect and reverence, but [also] a sense of ownership of your character. I was a new addition to the “Creed” franchise. Between Sylvester Stallone and Michael [B. Jordan] and Tessa [Thompson], all those people are mainstays. So then I come in, and it was one of those things where you hope you’re a lot more confident in your abilities. I have a greater sense of ownership of what I’m doing as an actor, which makes the work more fun.

What advice would you give your younger self?
Have fun, but also I would’ve told myself to be better prepared on a regular basis. I look back on certain opportunities and I wish I had been better prepared. You’re able to get more out of the job if you take time to prepare more. Now that I’m older, I have a lot more patience.

A lot of people are calling your role in “The Hate U Give” your breakout. What about your career up to this point prepared you for this?
I think all of the theater that I’ve done and all the series lead work that I’ve done. Working with August Wilson, working with Lynn Nottage, the director Daniel Sullivan, sharing the stage twice with Viola Davis, and then sharing the stage with Denzel Washington. You hone your skills, you hone your craft, you get better, and in doing that, there’s a level of confidence you have as an actor. Because you have that confidence, what I was able to bring was a sense of comfort and ease to the role. They always talk about actors “settling in” to a role, so when you settle into a role, you take ownership of it and it sits on you well. And I was able to do that. Twenty years of work is what best prepared me for this role at this time.

Did your relationship with theater change once you started work in TV and film?
You always wish you were able to do more theater. It’s funny how when you’re in theater, all you can dream about doing is film and television. When you’re doing film and television, all you can think about is going back to the theater. I always stayed close to the theater. For 18 years straight, I was doing at least a play a year. I always try to go back and see what my friends are doing, see what young people are doing, see new talent coming up and see if I can be of some support in some way to the young actors. Now I’m wishing I had time to go back to the theater and take three months to do a play.

How do you prepare now—whether for an audition or before you’re stepping on set?
I approach the work like it’s theater. Especially for “The Hate U Give,” I was able to take a month and sequester myself and really allow myself to find the role, allow myself to find the character, allow myself to build the character from the inside out. You do those things when you write your character biography, find his walk, the way he situates his mouth, the way he speaks. I really took time to create and craft the character. Often when you’re doing film and television, especially, you don’t have the time. Choose specific characters that are really attractive to you and let the character have the level of depth that someone may not have expected to see before.

Who was the casting director who gave you your first big break?
Mali Finn. This was 2000 and I was doing a play called “Jitney.” It was right around pilot season, which is January [and] February, and I got asked to come in for an audition for a TV show called “Gideon’s Crossing.” I go into Mali’s office, and she calls me in and she says, “Hey, have a seat,” and we proceeded to talk for 45 minutes. She asks me who I am, where I’m from, what I like to do. She got to know me. This was my first real audition in Los Angeles. She made me feel like I mattered. Then she said, “You’re going to come back in a few days, and I’m going to introduce you to the show creator. You have a good chance of getting this.” I was 25 years old. I ended up getting that job. It went to series for a season, and it was great.

READ: The Hate U Give Filmmaker Heralds the Rise of Amandla

Reflecting on those earlier roles, how do you mark progress?
Those characters were all a reflection of where I was in my life. Marriage and getting older gets infused into the roles. What really reflected it was when I had children. When I look at “Lincoln Heights,” what I did in my early 30s, that was a father, but I didn’t have kids. I think I was just married. Then I fast-forward to “Seven Seconds” and “The Hate U Give,” and it’s a different kind of father. It’s informed differently because I’m a different man. I carry that responsibility of fatherhood. Now it becomes more of a responsibility than it does just being a job.

Was that experience a rarity?
It is a rarity. I don’t really feel that people in general really care about the work. I think they look for somebody whose image or look is right. I’m glad I came along when I did. I felt that my work was appreciated. I was allowed to be an artist. You get a different level of respect that may not be appreciated today.

Why do you think that is?
There’s so much content—sometimes too much content. We just need people to fill the void. What happens is people aren’t given time to grow. There’s no proper mentorships now. I think students who are coming out of college and conservatory, or some not at all, are given leads that they’re not ready for. They’re not taking the time to learn and develop, to make mistakes, to watch an actor or actress that’s seven, 10 years their senior. How do you come onto a set and how do you address the people who knock on your door and say they’re ready for you? How to be on time? All the things you learn by watching people. People are given opportunities too young, you don’t get a chance to learn that. You’re put in a leadership position and you haven’t been taught how to lead. And I think it’s a problem. It’s not their fault, it’s just the nature of where the business is now. There’s so much content happening that kids don’t know what they’re doing.

As someone with more experience, do you have this sense of responsibility when you walk on set?
I am the elder statesman, so I do have a responsibility to let younger actors know there is possibly a different way. Or let them know that they may or may not have handled that situation appropriately. They might disagree, they might not appreciate it in the moment, but I know that’s my responsibility and I take it very seriously because that’s how I was treated. I came from a [household where you] do what you’re told, and when an elder speaks, you listen and you wait your turn and you learn. If you’re quiet long enough, you’ll learn a lot more. I think that young people are eager to let people know, “I’m here and I deserve to be heard!” And that’s fine and good, but at the same time, most aren’t ready to lead. When you say, “I’m ready,” you can’t go back.

How important is mentorship in the industry?
I like mentorship and advice to happen organically. If I’m working with young actors and there’s a moment in there, I’ll take it and I’ll give advice or we might have a conversation. For me, that’s the best way to give back.