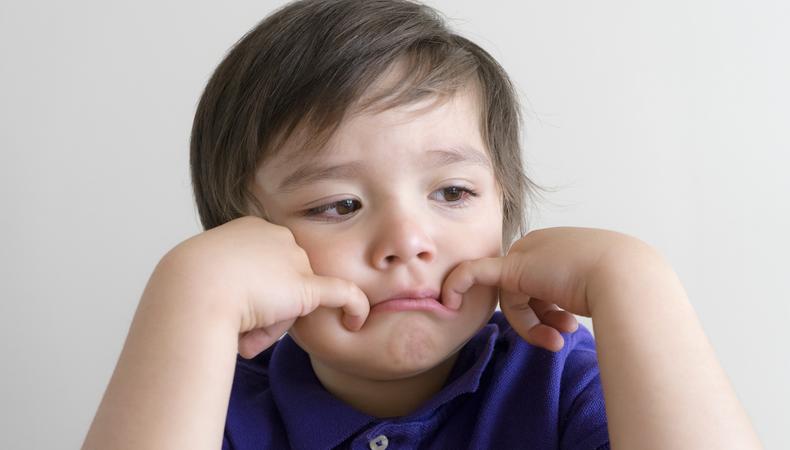 As an acting teacher for young actors, parents frequently ask if I can help their child cry on cue. Having once been a young actress myself, I thought this skill was the key to being a good actor. I believed it was a complicated technique that only the most skilled and talented had mastered.

Then during a college lecture with actress Jean Marsh as the guest, she was asked about crying on cue. In her very British accent, she responded, “I just turn around and poke myself in the eye.” It was then that I realized it was pretty simple. Simple, yes, but not easy.

Emotions like sadness and anger may come naturally for some, but for many young actors, producing real emotion is an acquired skill. It’s not the real tears that are of concern—that’s what glycerin drops are for. Rather, it’s finding and applying the honest emotional life of the character.

There’s a term in the industry called “indicating,” which is when an actor plays a scene showing but not connecting to the emotional life of the character. Good actors communicate real emotions, not pretend ones. But remember that preparing for an emotionally challenging scene can be deeply personal, so you’ll want to make sure your child actor is going about it the right way.

Here are some tips to help your child learn the necessary skills and let go of fake emoting habits.

Be physically open.
All good acting classes begin with exercises to relax and physically open up the body and mind. Body constrictions will get in the way of emotions flowing freely and organically. Before auditioning or performing any scene that calls for emotions such as grief, rage, hatred, or jealousy, relax by doing some head and neck rolls, stretches and breathing exercises. Just a few deep breaths in through the nose and out through the mouth will relax the body and mind, helping you stay open to letting things happen naturally.

Have a strong preparation.
You cannot play a scene emotionally empty. Once you identify what the character is feeling—mad, sad, lonely, etc.—connect with the emotion before the scene begins by using the “as if.” Ask yourself how you would feel if this were happening to you. Or what similar situation could you have faced in the past or imagine to be true that would feel as if you were going through the same thing?

READ: 1 Exercise Child Actors Can Use to Get Into Character

Music.
As an actress during the 1980s, one of the ways I tapped into my character’s emotional life was through music. I would put my Walkman on and play a song that triggered a specific emotion and got me into the right mindset. Make a playlist on your phone with your favorite songs and different styles that you can use to stir up emotion.

Don’t push.
If the scene calls for the character to be in tears and the tears won’t flow, don’t force it. If you are so concerned with how you are going to cry it probably won’t happen. Connect internally, relax and stay open. And of course, don’t forget the advice of Ms. Marsh: turn around and poke yourself in the eye if you have to. What’s most important is honest vulnerability, not something fabricated.

Denise Simon
Denise Simon is a New York-based acting coach and career consultant who has been involved in the entertainment industry for more than 30 years as an actor, teacher, director, casting director and personal talent manager.
END_OF_DOCUMENT_TOKEN_TO_BE_REPLACED