How YouTube Can Prep You for a Big-Budget Set 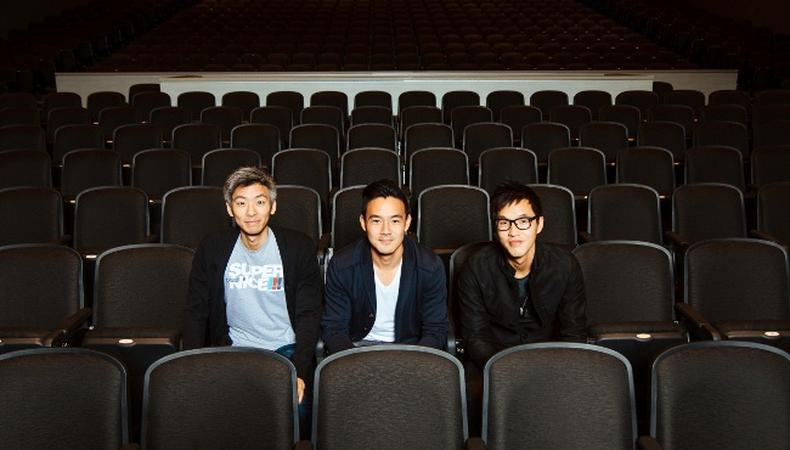 Philip Wang and his partners, Wesley Chan and Ted Fu, have been in on internet videos since before YouTube even existed. Wang, Fu, and Chan began working together as students at UC San Diego, and now Wong Fu Productions has more than three million subscribers. In 2015, they released a movie on Netflix (“Everything Before Us”), 2016 say the creation of their first show for YouTube Red (“Single by 30”), and today, they have several YouTube-hosted series that garner thousands of views.

How do you keep evolving after doing this for so long?
Content really does matter. There are a lot of trends on the internet, but people who make really good content rise to the top. Staying relevant is a challenge, and jumping from fad to fad won’t work. Our storytelling has been the main factor of our channel, and stories are timeless. We’re never worried about staying hip.

How do you approach film as opposed to YouTube?
When people consume on different platforms, there’s a switch in their brain about how much time they’re willing to spend on something. On Netflix, you can give something 30 minutes and decide whether you like it or not. But on YouTube, you’re not even giving it 15 minutes before you decide to click away. You need a hook to catch the audience right away. But in series and films, you can allow your story to breathe and develop characters more.

READ: “How to Build a Social Media Brand”

Why is it important for a YouTube creator to try different platforms?
This is a new era of filmmaking. Five, six years ago, we met filmmakers and told them, You have more control than ever before. Why not make content on a digital platform just to practice or build a fan base? But so many filmmakers are fixated on the prestige of the traditional route. As an Asian-American, there are so many boundaries, but YouTube allows us to be our own business.

There are no barriers for entry on YouTube. That’s a very true statement. As Asian-Americans, we’re further behind in terms of entertainment because we haven’t been pursuing the same opportunities for very long. It’s one thing to speak out, but we as a community have to back it up with good content.

Do you have advice for YouTube creators?
Just because we have the same level of control, it doesn’t automatically mean you’ll get an audience. Good content is still good content. You still need to hone your craft and put up your best work. Practice makes perfect. That’s what’s great about YouTube. If you have an idea, you don’t have to wait for a huge budget. We made hundreds of sketches and shorts, and that’s what prepared us to work with a huge budget and hundreds [of people] on a crew. Consistency is key. For us, we had to learn to be better socially and be better in public. Being more comfortable with this open public feedback is something filmmakers need to learn and accept.

*This post was originally published on Nov. 11, 2016. It has since been updated.