Yvonne Strahovski Talks Her ‘Despicable’ Character on ‘The Handmaid’s Tale’ 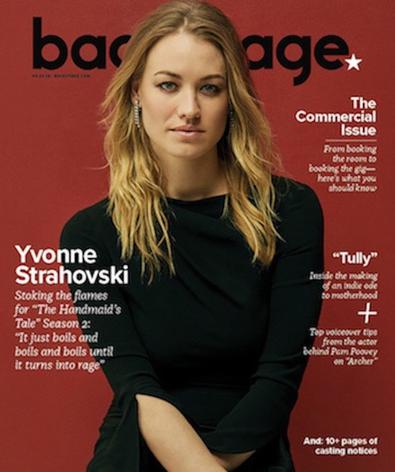 Sometimes, between takes on “The Handmaid’s Tale,” Yvonne Strahovski finds herself apologizing. Not for anything she herself should be sorry about, but for what her character, Serena Joy Waterford, one of the most detested figures of the last television season, had done.

“When it’s that awful, I always feel better about the scene or the situation if I say, ‘I’m so sorry that I’m going to have to do this, this, and this,’ ” she explains. “I’m not Serena. I’m a different person. I got paranoid that everyone [would think], She’s really like her character.”

By the end of the first season of Hulu’s hit drama, Serena had been, at her best, single-mindedly manipulative; at her worst she was a physical abuser, an aide to institutionalized rape, and a downright emotional terrorist for our protagonist Offred/June (Elisabeth Moss).

At the height of all that’s wrong with the Republic of Gilead—a dystopian theocracy that has turned women’s fertility into a national resource in response to alarmingly low birth rates—Serena has proven to be the apex of all its destructive intersections. Not only did she, herself a barren woman, together with her husband (Joseph Fiennes) help to build and successfully sell the “biological destiny” narrative that keeps Gilead running, she aligned herself with a political agenda that would render her powerless just as she was getting a taste for what she was capable of. She made speeches, wrote books (that would later be forbidden for women to read), and was even arrested for her belief in “domestic feminism.” 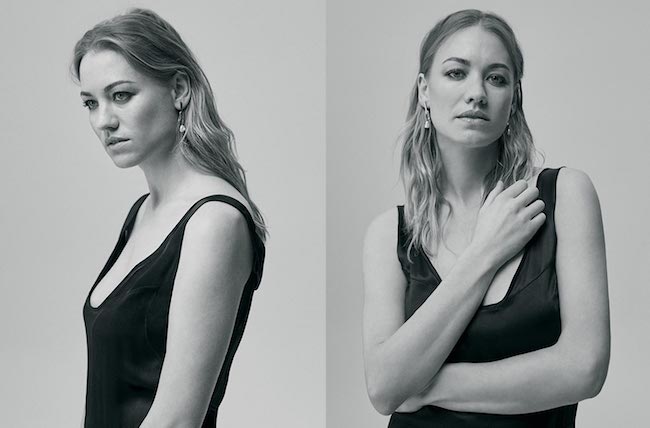 But as her creator, “Handmaid’s Tale” author Margaret Atwood, attests, “female bad characters...can pose the question of responsibility, because if you want power you have to accept responsibility, and actions produce consequences.”

This is where playing someone like Serena becomes tricky. A woman using her power to make patriarchy appear forward-thinking feels unnatural. But a woman using its agenda to—in her eyes—preserve the human race surfaces something else altogether; “It’s always that battle between ‘I’ve chosen this life and I’m trying to do something for the greater good, which is save humanity and create wholesome, healthy babies and have a wholesome, healthy environment. This is the sacrifice that I have to make in order to achieve that,’ ” explains Strahovski. “It’s a constant push and pull of ‘I’m doing this for the right reasons but this doesn’t feel right to me.’ But her resolve that the sacrifice must be had is what overrides constantly throughout.”

While Strahovski doesn’t believe this version of Gilead—where women are forbidden from having bank accounts or jobs, choosing their clothes, having sex outside of the mandated procreation “ceremony,” or having opinions (let alone speaking them)—is what Serena had imagined, her role in creating it is undeniable.

“I find her despicable,” Strahovski says when asked what she admires about her character. “I think everyone finds her despicable, and you hate her. Then you have moments when you feel sorry for her, but you still hate her. She’s despicable. Yes, she’s a strong woman. She’s powerful, she is smart, you could say all those things and maybe feel like there are some redeeming qualities there, but, really, when you step back and you look at the whole package, it just isn’t redeeming at all.”

Meeting Strahovski, who is not dressed in teal and whose hair hangs loose at her shoulders instead of slicked back in the low bun the wives in Gilead wear, one would be hard-pressed to find the uncompromising rigidity of Serena in her easygoing demeanor. (The native Australian, for example, moved to California 11 years ago unexpectedly when she landed the role of Sarah Walker on the Emmy-winning series “Chuck” just three days into a trip that was only meant to last for two months.)

She becomes animated when talking about her favorite Instagram dance accounts (she jokes about her lack of coordination), the upcoming season of “Handmaid’s Tale,” or the trips she managed to take—Churchill, Manitoba, to see the polar bears and a quick flight to the Cabot Trail in Nova Scotia—between shoot days to “stay sane.” Because even the serial killer Strahovski played on “Dexter,” Hannah McKay, was easier to tolerate than Serena Joy.

So how does one play someone so terrible? For Strahovski, the key was to avoid centering Serena’s rationalizations; that only led to back and forth comparisons about what she would do versus what Serena would do. Instead, she approached the text from an emotional place to tap into the humanity she still possessed. “I find that to be the most challenging but also the most exciting part of my job,” she says about finding empathy for Serena. “She’s so evil but she has humanity. She’s so scarred and she’s so sad and bitter and she has so many real human emotions that follow her around, that haunt her.” 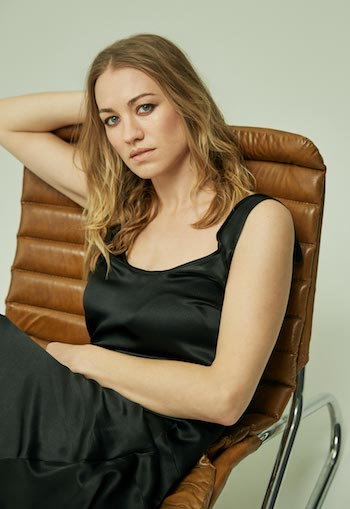 Originally written as a middle-aged, former right-wing televangelist in Atwood’s 1985 novel, the younger TV version of Serena further complicates the dynamic between her and Offred/June, drawing them together in a shared life stage only one of them is able to fulfill: motherhood.

“I wanted someone who was jealous of the role Offred was playing in her life now, not in the past,” showrunner Bruce Miller tells Backstage via phone about the decision to make the character younger. “She would like to be pregnant now. She would like to be this person now. It added a lot more direct conflict and friction between those two people, which is important for a TV show—not so much in a novel, where the characters are going to go away.”

Season 2 will see Serena and Offred/June exploring the edges of what’s possible for two women in their positions. “You get to see them very delicately sometimes working as colleagues rather than enemies, which is just weird for both of them,” says Miller. “But when their interests align, it’s quite a formidable force, those two women. And those two actors. Oh, my God. I’m lucky to get out alive every day.”

Miller’s particular interpretation of the women for the screen was initially what drew Strahovski to the part. His tweaks to drive the plot forward paired with a script heavy on subtext made it an opportunity any smart actor would jump at. Once hired (at the behest of casting directors Sharon Bialy and Sherry Thomas), she leaned heavily on Miller for clarity on a psyche that often proved difficult to grapple with. The morning of our late February interview in a Toronto photo studio, she’d spent 40 minutes on the phone with Miller to help track Serena’s journey throughout the season. With the April 25 release date looming, the team is shooting episodes, in a change from last season, out of sequence. (A robust awards season tour meant the series nabbed eight Emmys and two Golden Globes, including best drama at both, but the production schedule was postponed by several weeks.)

The writing process proved different the second time around, as well. Going beyond Atwood’s book and having a familiarity with the actors he was writing for meant Miller was able to be even more sparse with the dialogue, “knowing that I have Yvonne who can put weight on moments without me having to blather on and on and on.”

“She is, in the best way, a wonderfully challenging actress,” Miller says. “She thinks about stuff, she tears things apart, she goes underneath all the stuff, so when you write, you really have to make it Yvonne-proof. You have to make it strong all the way down to the core so that when she digs around or has questions, it makes sense to her, because that’s how she puts together such a seemingly impossibly seamless character.

“Hopefully, [this season will] leave you as an even wetter noodle at the end of it, [with] those long, horrible pauses waiting for Serena to smack you across the head.”

Briana Rodriguez
Briana is the Editor-in-Chief at Backstage. She oversees editorial operations and covers all things film and television. She's interested in stories about the creative process as experienced by women, people of color, and other marginalized communities. You can find her on Twitter @brirodriguez and on Instagram @thebrianarodriguez
END_OF_DOCUMENT_TOKEN_TO_BE_REPLACED