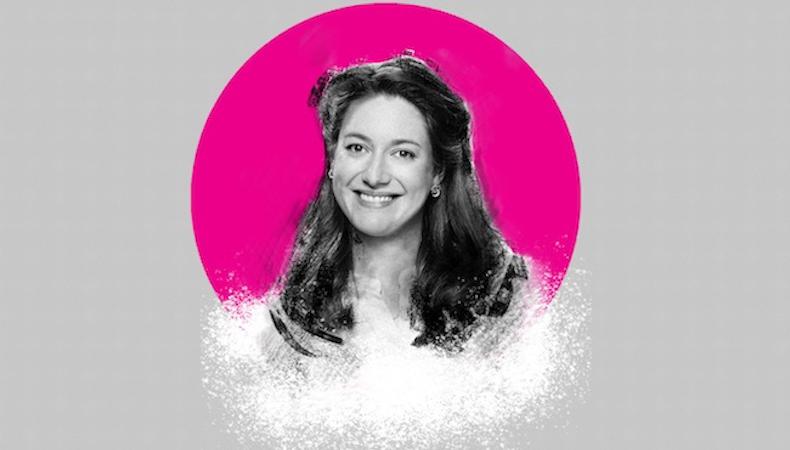 Zoe Perry knows firsthand the value of family. She’s currently embracing the unprecedented opportunity to play a young Mary Cooper on CBS’ spinoff series “Young Sheldon,” a role originated by her mother, Laurie Metcalf, on “The Big Bang Theory.” And prior to that, she starred alongside her father, Jeff Perry, on ABC’s “Scandal.” It’s clear the 33-year-old talent has held on to her acting (and life) role models throughout her career.

What has playing Mary Cooper on “Young Sheldon” added to your acting skills? I can imagine tackling a role that was also played by your mother adds a challenge.
It was definitely a big consideration in terms of getting my head in the right space when I first went in to audition for the part. I had come to know and love the character from watching her on the show, and I know many fans did, too. So I felt an obligation to get that right and to model what I was doing, to an extent, after her. Because we’re introduced to this character in a different stage of life, it offered me a fair amount of freedom to discover who this person is separate from what comes later. Generally speaking, I wanted to make sure I had her stature down, the way she carries herself and some of that dialect.

When you got the role, how did you tell your mom?
I had already planned to have lunch with her and a friend the afternoon I found out. I found out right before meeting with them, and then I got to tell them. We were loud and boisterous in the restaurant for a second and then we calmed down. It’s been a cool experience getting to share this with her. She’s been so great and supportive along the whole path of this career I’ve embarked on.

How did having parents as actors impact your career?
I’m really grateful this opportunity came when it did. It came a little bit later for me. Starting out, I don’t think I had the emotional stamina. When I first started pursuing acting professionally out of college, it was very much in my head that there would be comparisons with potentially both of my parents, and I found that pretty intimidating. When one is starting out, you’re trying to do right by them and not embarrass myself and not embarrass them. But with time and with experience and getting some jobs and getting more confident along the way, it’s been more and more of a pleasure to encounter some of those comparisons. I’m biased, but I think they’re both absolutely incredible, and I’m flattered if those comparisons get drawn now, maybe not as intimidated as I used to be.

What advice would you give your younger self?
I’d tell myself not to be such a perfectionist. You’re always striving to get better, and I would get in my own way sometimes or stop myself if I felt it wasn’t as good as it should be. You’re going to fall on your face a couple of times, and the lesson is to get back up. You’ll be better the next time around. [Don’t] be too hard on yourself. It’s so easy to be our own worst critic, and maybe that never goes away, but it’s nice when it lessens.

What is your worst audition story?
I remember auditioning for something that was semiautobiographical, and the woman who had written it told me even before I auditioned, “What’s great about you is you’re very plain, so you would work great for the beginning of this film before the character is discovered.” I guess I had the wherewithal in that moment to be humorous [enough] to say, “What are you going to do when I have to be pretty?” [Laughs] I don’t think she got the joke. There are always going to be moments when we encounter different awkward situations, and the only thing we can try and do is have a sense of humor about it. A great benefit of having parents in the same profession is if I do have a terrible audition story, I can call them up and we can laugh about it because they get it. That’s always been a great therapeutic outlet.

How important would you say family is in this business?
For me, it’s so key. I can’t deny that there’s a great privilege in having parents who are established in the field that I’m pursuing. I try to appreciate the fact that they’re so great at it. They’ve been such great role models not only talent-wise, but also in how they lead their lives and the reasons why they’ve pursued this. For them it’s always been about a true passion for art and for acting and for theater. That’s a lesson I learned from them. That’s why I would go into it. The ancillary stuff, that all comes and goes—or maybe never even comes—but if you really have a true love of the art, that’s all you need. That’s the engine that’ll keep you going.

How do you keep yourself from burning out?
I think the fact that there are all of these opportunities in different mediums—if one is lucky to move from one to the other, it keeps all the energy flowing. I look to [my parents], and they’ve never lost the drive for it and they’ve had varied careers and opportunities. I’d be so lucky if I maintained that same drive as they do.

How do you typically prepare for an audition?
I try to get the lines down as best as I can with as much time as I have. If I can steal someone’s time and generosity, I’ll ask them to run it with me. If I can’t, it’s just me and a recording of me. Auditioning is such a wild, unpredictable roller coaster. It’s all a mental game. For me, I’ve learned nerves never really go away, so you try to harness them as best you can and hope for the best.

Do the butterflies diminish on set?
There’s definitely a benefit to getting to be on a set for an extended period of time and work with the same people and develop a camaraderie that way, because it definitely puts you at ease in a way that you don’t get the opportunity if it’s a first-time thing or a quick job. It’s been lovely to live in this world for a whole season and relax into it a bit and get to know more of the ins and outs of this character and these dynamics.