Why Acting Gives You Permission to Look Ridiculous in Public 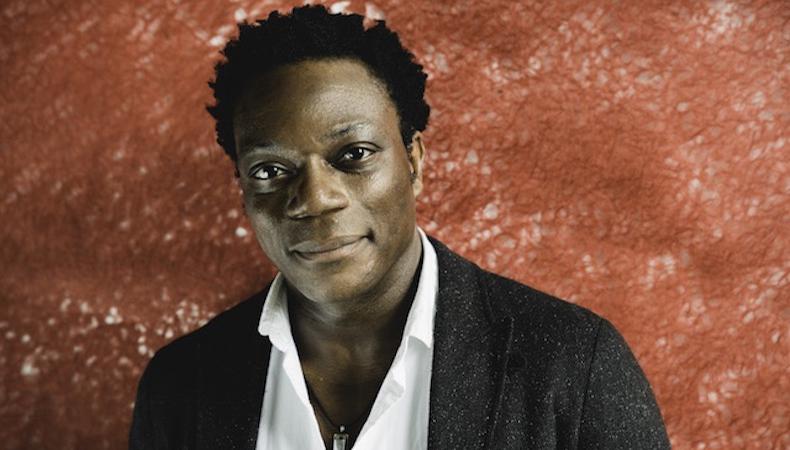 As one of London’s preeminent Shakespearean stage performers working today, Olivier Award winner Chukwudi Iwuji knows a thing or two about how to tap into the Bard’s greatest works. It makes all too much sense, then, that he’s returned to the Public Theater this summer and is currently gracing the Delacorte and its Shakespeare in the Park as the titular character in “Othello.” Want to learn from one of the best? Iwuji swung by Backstage HQ to offer his tips for Shakespeare and more.

READ: The Beginner’s Guide to Shakespeare

It’s OK to look like “a madman.”
“I feel the best way to make the best of being in that [rehearsal] room is by knowing your character inside out. And the way through that—certainly with classical work and Shakespeare—is through the language and drilling and drilling and drilling. I walk around New York like a madman whispering to myself in subways and in coffee shops or on the street, just making sure I don’t have to think about the words. If you can do it with all these distractions, when you get into the room and people are actually quiet, it’s much easier to bring forward.”

Shakespeare is as great a director as he is a writer.
“Get over the fear that [Shakespeare is] something ‘other.’ It’s English. In fact, he helped invent a lot of the words we have now. There’s certain ‘rules’ to learn, but they’re very learnable. Throw yourself into it. Where Shakespeare is amazing is that he is not only the greatest writer of all time, I believe he is the greatest director of all time. He doesn’t have stage directions. What he directs is in the language.... So just open yourself up to the [language’s] sounds, to the rhythms, to the music, and see where that takes you. Bring your instincts to it, but do that work with the language, with the sounds, with the consonants when they’re there. ‘Oh, suddenly that line is monosyllabic. I need to slow down. What does that do to me?’ Just open yourself up as a vessel, and know that you’re going to have to fail to succeed.”

Be prepared for any opportunity.
“Drama school is great. London is somewhere where drama school gets you into the industry; they all go to watch the showcases and things like that. But beyond that, because any actor knows that it’s what happens after that, I would just say be prepared, because you never know when the opportunity comes knocking. I think a lot of people think you’re only acting when you’ve been given a job, but there is acting that comes with reading plays, with going to see plays, with going to see movies, and studying people. You can be acting without having necessarily been hired to do a job. It’s about preparation. The single biggest thing that has helped me out in this career is being able to walk into the room prepared to make choices.”

And with those opportunities, give in to the ride.
“I feel in this industry, if you track back and you sort of try and navigate those incredible jobs, the jobs that shift your trajectory, they’re not usually the ones you go after or the ones you really work hard for. It’s so weird how sometimes they just sort of fall into place. I track back sort of the most significant tectonic shifts in my career, and there were things I didn’t see coming.... I’m beginning to accept the sort of letting go of it and just seeing what sometimes drops in your lap. And it isn’t from a lack of hard work. I think those opportunities only come if you’re prepared for them and you’ve put the time into them.”

Benjamin Lindsay
Benjamin Lindsay is managing editor at Backstage, where if you’re reading it in our magazine, he’s written or edited it first. He’s also producer and host of a number of our digital interview series, including our inaugural on-camera segment, Backstage Live.
END_OF_DOCUMENT_TOKEN_TO_BE_REPLACED