Actors + Sex: How to Handle Consent 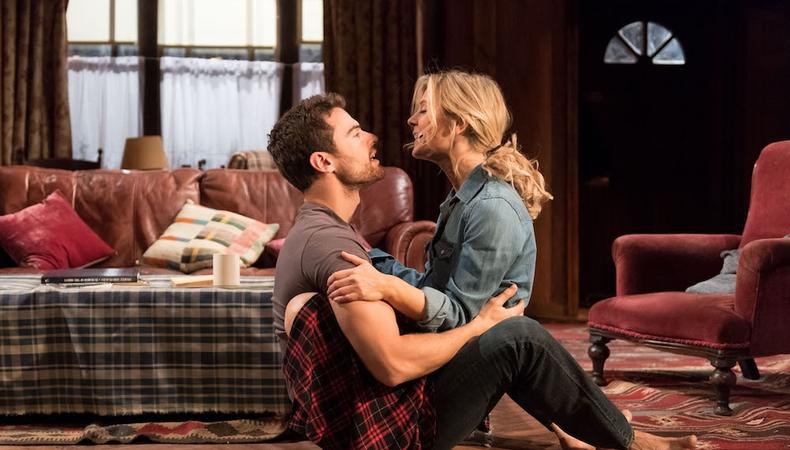 It’s rare to be handed a script that’s all about nice stuff. No writer worth their salt is going to write a play about eating chocolate cake and playing board games, so actors or creative teams must learn the best way to display intimate and challenging topics on stage – without creating an uncomfortable working environment for actors.

Respecting the cast as they grapple with challenging subjects – for example, sexual assault or racist language – is critical. After all, acting is a job, and actors must feel comfortable while at work.

In the time that has passed since Me Too, ensuring actors feel safe on set and on stage has become paramount. And it’s not enough just to ask if everything’s OK now and then. Sex is intimate, while topics that could be in a play, such as rape or illness, may trigger unpleasant memories or experiences for cast members. Acting is such a tough industry that until recently, it was seen as career suicide if you opted to push back and refused to follow a direction.

Recently, however, there has been a growing trend to respect how the cast feel on stage, and to regard them as actors rather than pawns.

What role do intimacy coordinators play?
Intimacy on Set is a company that was founded by Ita O’ Brien to help stage, TV, and film navigate the tricky waters of nudity and sexual intimacy. The intimacy coordinators risk-assess the show, take part in rehearsals, offer on-set supervision, and provide a post-production debrief. Intimacy on Set also offers training and workshops for the wider industry, as they try to change the way onstage sex is approached.

The company also produces a selection of best practice guidelines. These include recommending that actors don’t practice nudity or sex in auditions, and ensuring actors are made aware of all scenes which could include sexual intimacy.

For producers and directors, the decision to employ an intimacy coordinator is one that needs some thought. On the one hand, there’s a valid concern that the creative process could be stymied. On the other, creating a reassuring space for great creative work to flourish is vital.

Suzy Whitefield produced and starred in The Censor at The Hope Theatre in London. The play, by Anthony Neilson, is about a female pornographer who comes face to face with a censor, and features a scene where she defecates on the floor to titillate him, and also encourages him to touch her sexually. She worked with Intimacy on Set coordinator Kate Lush to develop a secure and safe working environment.

“It was important to practice consent,” Whitefield explains to Backstage. “Consent of touch, and coordinating the moments in line with that consent.”

How does it work?
“Every move is rehearsed and coordinated. At the beginning of the show we had an intimacy call. Before every single show we’d agree the touch, and we can adapt and change as needed and agreed. This may, depending on the scenario, mean being more or less intimate than previously agreed.”

It’s not just about bare consent though. Whitefield says: “It’s also about storytelling. It’s about looking at the purpose of these movements. Why are the movements there? What do they say about the characters? And how is this level of intimacy moving the story forward?”

The way Whitefield worked with the intimacy coordinator was by breaking each intimate moment into beats. “We explored the direction and narrative for our characters. We explored what really made these moments come alive: the quality of touch, and how this develops into a journey through the movement for the characters. Working in this way means the moments are a key part in the storytelling and really reveal something about the characters and their relationships.”

READ: Why Sex and Sexuality Are Taking Over London Theatre

What are the benefits?
London-based actor Lara Contorre says that even when she’s just in workshops, she makes sure everyone she’s with feels comfortable. She tells us: “This morning in a workshop I asked both actors if it was OK to touch them. And as ideas came and the situation became more sexual I asked every step of the way.”

She adds that it’s important not to just assume someone is comfortable. “We had literally just met and it makes everyone so much more comfortable if you practice consent.”

Director and producer Olivia Munk felt it was essential to consider consent. She tells us: “My most recent project was a two-week development period for a new play for nightclubs called Populist by Emma Fenton-Wells, produced by my company Part of the Night. As its key themes are gender roles, sexuality, and power, and because it’s designed for an immersive nightlife setting, monitoring consent between the actors and the audience was crucial.”

Munk worked closely with choreographer and movement director Laura Dredger, who introduced the cast to exercises the actors could do to “test the limits” of their consent daily, as the primary rule of consent is that it can be revoked at any time. “What you feel comfortable doing one day might not carry to the next. Laura gave us fun and practical ways to work through this even when she was not in the room.”

Where does the audience come in?
She also spoke of the importance of developing improvisation exercises to explore how best to react when audience members clearly didn’t want to participate. “It was always imperative that audience members felt safe engaging with actors in-character, and that we never made them feel embarrassed or upset.”

READ: How to Break the Fourth Wall, Not Your Audience’s Trust

Munk credits working with team, who were respectful and conscious of maintaining the consent of the work environment from the start: “They helped create a space where we could explore the dark corners of sex, power, and politics in a way that never endangered the consensual welfare of the other performers or the audience.”

By developing an atmosphere where consent and respect are paramount, actors and other creatives will be able to create their best work. Munk says: “The ability to consistently check-in and receive enthusiastic consent from my actors to explore difficult issues meant that we were able to go further with these elements than if we had skipped over their consent and jumped into the deep end. And ultimately, we made a better piece of art for our audience, and for ourselves, because of it.”