Adults: How to Audition and Act for Kids’ Shows 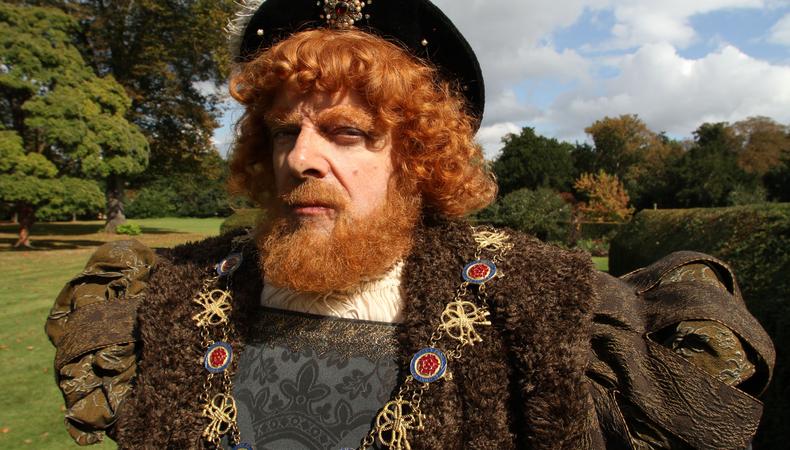 Take a child, add some energy and then a spoonful more. Working with kids can be exhausting. As an audience, their attention spans from totally present to completely absent, often within the space of around 10 seconds.

You don’t have to have the perma-smile charisma that kids TV presenters do, but buoyant enthusiasm (and resilience) does help.

We’ve gathered together some tips on how to win those auditions, whether you’re going for stage or screen, and how to decide whether acting for kids is really for you.

Theatre
A degree of snobbery still exists in theatres when it comes to acting for children. Just because kids don’t come out of the womb quoting Hamlet, it doesn’t mean they’re not a hugely appreciative audience.

Chris Elwell is the CEO and director at the well-known Half Moon Theatre, which specialises in children’s shows. He told Backstage: “When we audition actors for our shows we are primarily looking for them to demonstrate their range and ability as an actor, and would often do this by giving them a contemporary piece of text in an audition. We are not looking for people to ‘play’ at being children, but want to see what they can do as actors – we want them to inhabit the role and play the truth of the character, to bring an authenticity to it. There are big problems when actors oversimplify and dumb down their performance, or perform artificial, sing-a-long style speeches, thinking this is what ‘children’s theatre’ is. It isn’t.”

He explains that although he doesn’t look for actors to dumb down content, risk-taking is a big part of children’s theatre: “We look for actors who are more playful, willing to take risks and engage with audiences in a different way. They need to realise that young audiences are honest, in your face, and will let you know if they don’t like it! Actors need to be open to the fluidity of working with young audiences.”

There are a handful of other theatres available for kids: The Unicorn and Half Moon in London are two of the best known, although plenty of other fringe theatres have comprehensive children’s programming too. The Lyric Hammersmith also programmes Little Lyric – Saturday morning shows aimed at 2 to 11-year-olds. Other theatres notable for kids shows are Little Angels, Colour House Theatre, and ArtsDepot.

From the TV producer
For actors who hear the call of children’s TV and want to respond, there’s lots to bear in mind. Arguably, there’s never been a better time to act in children’s dramas, with many as keenly watched by adults as kids. Lucinda Whiteley started her television career as a founding member of cable and satellite broadcaster the Children’s Channel, after working in publishing for Longmans. She produces Horrid Henry and says there’s a group of teenage girls who get together every Saturday and chat on social media, sharing hashtags about it and discussing the plot.

Whiteley explains that when she’s working with actors on kids TV, she doesn’t “try to make it cuddly just because it’s for kids.” One thing she does say is that when actors are doing voice work, she does sometimes ask them to speak slower for maximum clarity. “I will retake if it’s not clear, or if there are too many consonants being dropped. It doesn’t have to be RP [Received Pronunciation], but with voiceover work we always see the characters speaking anyway.”

“It’s so important not to be patronising. We have a lot of experience in live action shows, and the best shows and actors just treat children’s work like a normal gig.”

She highlights that there are some kid’s presenters who are “inherently great presenters. Some people think they need to have kids to work well with them, but that’s not true. Some great presenters don’t have kids.” She references Dick and Dom who just have this “amazing connection, this natural affinity with kids. And I think only one of them has children.”

When they take Horrid Henry shows to the stage, kids love interacting. “They’re surprised first of all because Henry is actually played by a female voiceover artist, [Lizzie Waterworth], but they suspend their disbelief as they watch the show being played out. “It’s all about a good team effort, working creatively, engaging with the kids. We love it when you have kids shouting back, as it shows they’re getting in the zone. It shows you’re really reaching them, which the actors value.”

From the actor
For some actors, the rustling of a sweet wrapper in a dark auditorium can send them apoplectic. These actors should probably leave kids shows for people who can cope with a little distraction because kids are boisterous, loud and don’t really have an off-switch.

Best of all, kids will tell you exactly what they think, so if you enjoy getting honest, immediate feedback, this is the gig for you.

Gary Jerry is an actor who has worked across children’s TV. He recommends using vast colour in your physicality and voice. “Paint that world of wonder and excitement so that your audiences are wowed by the world you are creating. When I worked on CBeebies Live it was all about finding different colours in the voice to get the message across about how various musical instruments differ. It’s about giving personality to whatever you’re describing – be it instruments, animals, inanimate objects – giving them human traits means that your young audience can relate aspects of themselves to what they’re watching.”

Gary also recommends not patronising your audience. He says that a young audience responds to a truthful performance. “My advice is never to play down to children as they are incredibly intelligent and very attentive to what you have to say – if you ask them questions about what happened earlier in the show, they know the details and will shout back at you!”

He also suggests not keeping energy levels sky-high throughout the performance. “You look at the best children’s TV and theatre today and you’ll see true moments of calm and warmth as well as moments of silliness and fun – imagine your performance being like a graph full of peaks and troughs – allow your audience to have moments where they can relax and take in what you’ve previously said.”

And, most importantly, he recommends not being afraid to look silly: “Don’t feel afraid to let go!”

Another actor, Ros Parker is director of The Bedlam Bunch, which does children’s entertainment. Her advice is mainly to be free of constraints when acting for kids.

“The kids aren’t at school and you will lose them if they feel they're being told off!” She also recommends not fighting to get the attention of everyone all the time. “The fact is, kids have limited attention spans, with some being much shorter than others, even at the same age. Also, they’re in a party environment, where there are no rules about what they have to do (they’re not at school, where they’re told to pay attention) and they will be hyperactive!”

Ros says the biggest struggle she has to contend with is chatting parents. This is when parents let their hair down and have a glass of wine – but their chatting can actually be really distracting: “We often ask them to go into another room.”

“Performing around kids is a wonderful opportunity to train yourself in improvisation or to really hone existing skills. I was terrified of improvisation when I trained at drama school –dreaded it – and now I’m a pro! Kids will always give you the unexpected, so you have to be prepared to throw your script out the window at any given point and run with new ideas. Kids are also totally truthful in their response to you; if they aren't feeling engaged, they won’t stick around and politely pay attention, so you get a great workout of your performance flexibility every time!”