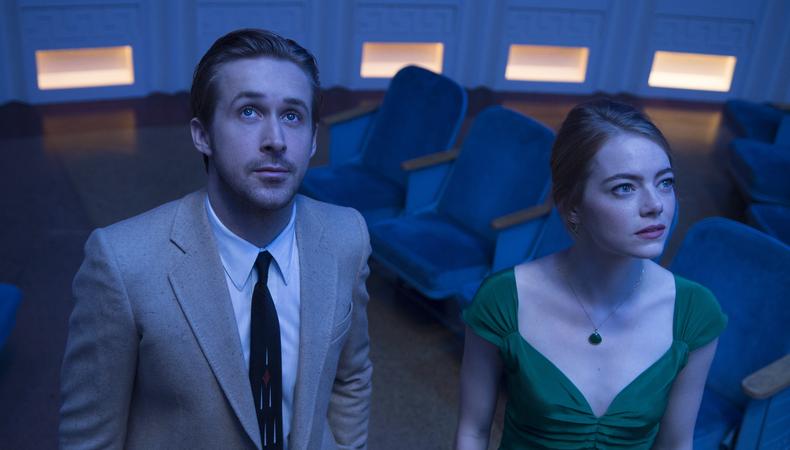 Awards season kicks into high gear today with the announcement of the film nominees for the 2017 British Academy of Film and Television Arts Awards. The U.K. equivalent of the Academy Awards recognized Lionsgate’s movie musical “La La Land,” Damien Chazelle’s love letter to old and new Hollywood, with 11 nods, followed by Focus Features’ “Nocturnal Animals” and Paramount Pictures’ “Arrival,” each with nine.

As announced by Dominic Cooper and Sophie Turner at BAFTA’s London headquarters, this year’s nominees constitute some of the top film artists from the U.K., U.S., and beyond. Taking top honors in the Best Film category were “Arrival” and “La La Land,” as well as “I, Daniel Blake,” “Manchester by the Sea,” and “Moonlight.” The latter film failed to break into the directing category, which instead nominated Tom Ford of “Nocturnal Animals.”

READ: Emma Stone Speaks on the Movie Musical of the Decade

Last year’s BAFTA film awards honored the same actors that would go on to win Oscars in three out of four categories, as well as director Alejandro G. Iñárritu. His film “The Revenant,” however, was bested by “Spotlight” at the Academy Awards after winning the BAFTA for best film.

BAFTA is an independent charity dedicated to promoting “the art forms of the moving image by identifying and rewarding excellence, inspiring practitioners and benefiting the public.” The EE British Academy Film Awards ceremony will take place Feb. 12 at the Royal Albert Hall in London, hosted by actor Stephen Fry and broadcasted on BBC One. Who do you think will take home top honors—and gain momentum in the last stretch to the Oscars?

Want to star in a feature-length movie? Check out our film audition listings! And for acting advice, visit Backstage’s YouTube channel!

Jack Smart
Jack Smart is the awards editor at Backstage, where he covers all things Emmy, SAG, Oscar, and Tony Awards. He also produces and hosts Backstage’s awards podcast “In the Envelope” and has interviewed some of the biggest stars of stage and screen.
END_OF_DOCUMENT_TOKEN_TO_BE_REPLACED