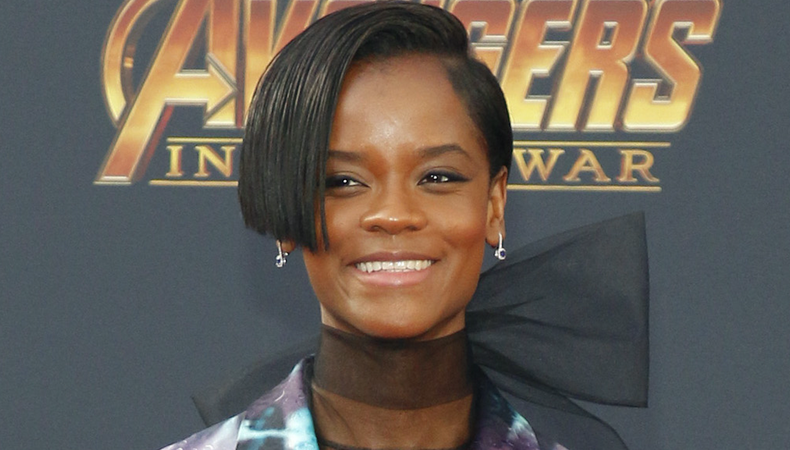 The star of Black Panther triumphs in another venue.
Danai Gurira’s play The Convert has just opened at the Young Vic, with Letitia Wright starring in the titular role. Paapa Essiedu, Ivanno Jeremiah, Jude Akuwudike, Luyanda Unati Lewis-Nyawo, Rudolphe Mdlongwa and Pamela Nomvete take the stage in this harrowing look at the legacy of British colonialism in Zimbabwe. With an exciting mix of Shona and English, this moving piece of theatre asks big questions about faith and the strength of family. Directed by Ola Ince, it runs through the 26 January.

Tony Award-winning actor makes her London debut.
Laura Benanti, 2008 Tony Award winner for Gypsy, will make her London debut at Cadogan Hall in June 2019. Having recently played Eliza Doolittle on Broadway in My Fair Lady, she is ready for a real endeavour in the UK. In a show produced by Brian Zeilinger and Club 11 London, and Jack Maple for Take Two Theatricals, Benanti will delight crowds with a mix of music and her unique comedic stylings. Most recently, you may recognise her as Melania Trump on The Late Show with Stephen Colbert.

Dear Elizabeth to be staged in an unexpected way.
Sarah Ruhl’s play Dear Elizabeth, which follows the correspondence between poets Elizabeth Bishop and Robert Lowell, will open at the Gate Theatre in January. Director Ellen McDougall will stage two new cast members each night as they perform the play without rehearsal and without knowing the ending. She hopes to capture the sense of discovery anew each night with the audience. Announced guest actors include Tamsin Greig, Alex Jennings, Travis Alabanza, Tim Crouch and Jade Anouka.

Bah humbug?! Not at the Old Vic.
Holiday classic A Christmas Carol by Charles Dickens, adapted by Jack Thorne, opened last week at the Old Vic following the success of its world premiere in 2017. Stephen Tompkinson takes on the role of Ebenezer Scrooge, with direction by Old Vic artistic director Matthew Warchus. Various British actors attended the premiere, which received excellent reviews.

Hope Mill Theatre in Manchester shares big news.
Manchester’s Hope Mill Theatre has announced three exciting projects for 2019. In March it will premiere a new version of Stephen Schwartz’s (Wicked, Pippin, Godspell) musical Rags. Directed by Bronagh Lagan, the story follows a Russian immigrant searching for the American dream. Next, Hope Mill will stage a revival of Mame, with Olivier- and Tony-nominated Tracie Bennett in the starring role. It’s the first revival of the show since it premiered in 1969 in the West End. For Christmas 2019 the Hope Mill will stage another new musical, The Astonishing Times of Timothy Cratchit, a different take on Dickens’ classic tale.

From soaps to the stage.
Shane Richie, best known for his role on EastEnders, is slated to join the Everybody’s Talking About Jamie cast in 2019. He’ll take on the role of Hugo/Loco Chanelle starting in late January and is reportedly “delighted by the challenges” of a character who is different from much of what he’s played before. Richie will join the cast as Layton Williams takes over the title role of Jamie New.

Michelle Collins, also known for EastEnders and Coronation Street, will take the stage at the Park Theatre in My Dad’s Gap Year. Alongside Alex Britt, Adam Lannon, Victoria Gigante and Max Percy, the show follows a family as it dissolves: the father taking his son to Thailand to lose his virginity, and the mother (Collins) facing life as a suddenly single woman.