What Brexit + VR Could Mean for the U.K.’s Indie Film Industry 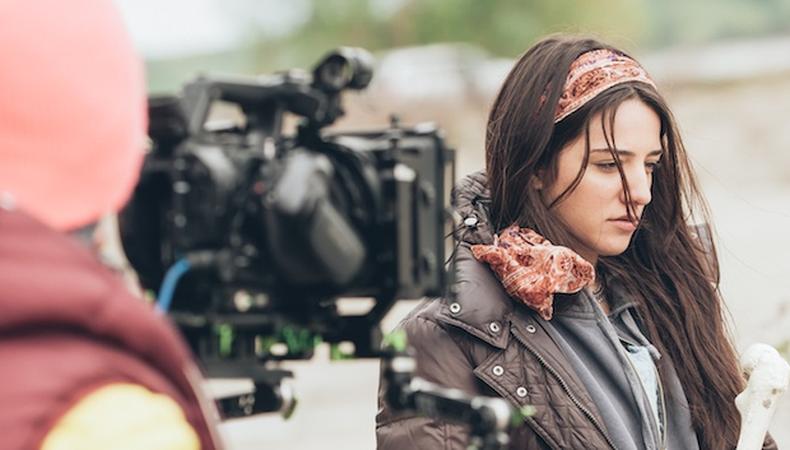 Since its inception, the Raindance Film Festival has remained something of a force, pushing back against the established movie industry with an expertly curated lineup of vibrant, original, and daring film. It’s founder, Elliot Grove, maintains a fierce independence at the festival’s core and has managed to keep its programming three steps ahead for two and a half decades. Here, he chats about how Brexit might affect the U.K.’s indie film industry, the possibilities of VR in the storytelling space, and what he hopes Raindance will continue to do for filmmakers and actors alike.

What’s allowed you to keep going for 25 years?
The reason for our success is threefold: the films have been remarkable, the brilliant audiences support us—and there were very few in the early years—and the team who really get the festival and who work for blood, sweat, and beers to make it happen. Raindance showcases the films that Hollywood won’t touch, those that challenge the image of Hollywood and wouldn’t otherwise be made or shown without big corporate sponsors, which is effect a form of censorship.

What was the festival set up to do?
There are two ways to make a film: from within the industry where you’ll be subjected to the mores and values of sponsors or by doing it yourself, with your own money. The industry creates a mystique around itself, they don’t want newcomers. Some people who have come through Raindance, people like my first ever intern Edgar Wright, are those who have achieved artistic and commercial success. Many more filmmakers have yet to find that and the point of the festival is to highlight and showcase those people.

What was the reason for setting up the Raindance workshops and film school?
I am completely untrained. My parents were Amish, y’know the horse and buggy people. They said, “Don’t ever go to the cinema because you wouldn’t want Jesus to catch you there.” As a result of that I didn’t see a film until I was 16. It was “Lassie Comes Home” and I thought, “Well, the devil can’t be all that bad.” So when I set up Raindance I put on the kinds of events I wanted to see happen, that would help others without training to do it themselves. We don’t teach filmmaking, we make filmmakers.

Film today is a cottage industry. People make films by sitting around a laptop in a pub or someone’s kitchen and figuring out how to do stuff. You can do that from anywhere in London, the U.K., or the continent—if I can include Britain in Europe. All you need is a great idea and to have passion and purpose. “Why” and “how” are vital questions for filmmakers.

Talking of Europe, what kind of challenge does Brexit present for independent film?
The whole film industry is going to find it difficult but independent film has the biggest challenge of all because of distribution. My main opposition to Brexit is that I don’t want to see the loss of freedom for individuals and ideas to cross borders. As artists, need to interact with people from other places, religions , and societies. That creates fertile soil from which great ideas grow. If we put the walls up Britain will be a sadder place.

There’s a lot of trouble in the world right now, a great deal of which comes from hatred. We fear people elsewhere because we don’t know them. There’s no better medium than cinema to show audiences the lives and culture of other people.

What can actors learn from independent film?
Actors can sit by the phone and wait for their agent to call, if they’re lucky enough to have one, or you can do it yourself. The majority of actors we have at Raindance have created or co-created their projects. They’ve made their own work. You can make a film for little or no money and without expensive gear; “Tangerine” is the best example of that. Tell a great story or find and team up with a great storyteller; that’s how many actors get discovered. Although, remember whenever you read “discovered,” as you will in the reporting of every film festival, that just means someone with money has found talent that existed anyway.

Where do you think Raindance and independent film will be in another 25 years?
We are facing a challenge equivalent to the marriage of sound of pictures. Virtual Reality is coming to cinema and one of the main problems filmmakers are having is that currently it’s a highly individual experience. We love immediately sharing our reactions to something. You can do that in the cinema but it’s tough when you've got a headset on. We’ve noticed that people take the VR headset off and the first thing they do is want to talk to other people. How this will impact the industry is a total unknown. At the festival this year we have the Lexus VR arcade in the Hospital Club, a VR summit sponsored by Facebook with all their top people flying in as well as the very first VR awards for film, documentary, sensual experience, etc. Maybe we’ll get a step closer to finding out.

Interactive film is another challenge. Perhaps in five years you’ll buy a ticket for a movie and play a character on an app. If you get enough points then you might be able to trade them in and watch or play the rest of the film. Who knows!

Raindance has survived all these years because we’ve innovated. That’s what we are doing this year and that’s what we will continue to keep doing. So whatever happens in the next 25 years, we’ll be there to explore it.

Raindance runs now through Oct. 1, with screenings and events happening across London. For more information, visit the website.

Looking to make it into the 2018 Raindance line-up? Check out Backstage’s London audition listings!