8 Commandments of a Successful Headshot Session 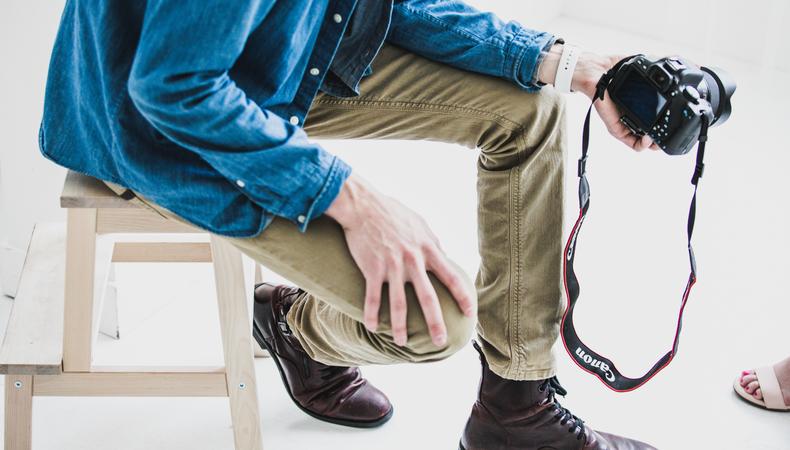 Having recently enjoyed tripping down memory lane with the #firstheadhot hashtag plastered all over social media, it feels like the perfect time for a reminder about what actors should and shouldn’t do when it comes to a headshot session. It’s an important career investment, so it’s well worth making sure you’re fully prepared and that you capitalize on the opportunity presented.

Before you book a session, remember...

Mates with a camera aren’t enough.Don’t book in with your best mate who recently decided they want to be a photographer. It’s all well and good for them to get practice, but it’s highly unlikely those shots will be the level you need for your professional CV. By all means, still go ahead and have the session as you’ ll get valuable experience learning your best side, what colors work on you, and how to stand to get different results. Just don’t hedge your bets that your next headshot will be in the final edits.

Do your research.Before you book, do your homework. If you really want new shots for your professional acting CV, research photographers and look at their work. (Headshot Hunter is a great, free U.K. site for this.) Once you’ve narrowed it down to your top four, look at their style, see how they photograph women vs. men, younger clients vs. older. Do you like the lighting and backdrops? Do you recognize anyone? What’s their availability like?

Now you’re booked but are you ready? After you’ve booked your session, remember…

If the shirt fits...
Have a look through your wardrobe and make sure you have a minimum of five differently-colored or dresses with different necklines and without any logos. Photographers need you in your best colors so they can make you look as brilliant as possible. Don’t leave it until the day of the shoot before you realize your go-to shirts are dirty, ripped, or stained.

READ: Everything You Need to Know About Headshots

Prep early.
Like with any costume, preparing your hair and face is just as important. If you can, it’s a great idea not to drink any alcohol for at least a week before and to keep really hydrated with lots of water. Alcohol can make you look tired and grey under the eyes, while water plumps up the skin and helps you look fresh and as youthful as possible. The same can be said about sleep. Make sure that for a few nights preceding your shoot, you get as much sleep as possible. The camera will thank you for it.

Powder power.
Unfortunately, sun, reflectors, the outdoors, and nerves can all affect your skin when you’re shooting, so loose translucent powder is an absolute must. Buy an inexpensive translucent powder and a cheap brush if it’s doesn’t come with one, and have it handy at the shoot to apply anytime you’re starting to look dewy or sweaty. It will help make your headshots look cleaner and will make for a lot less unnecessary touching up later.

Be even earlier than your early.
The last thing you want to do is miss out on precious time in your shoot. Photographers sometimes have more than one client in a day so if you’re late, it means you get less time with them. Also, respect them. They have to traipse around with camera equipment and lenses and light reflectors if you’re working outdoors, so it’s not nice for them to be left standing around with their expensive equipment. And the last thing you want to say to your photographer-to-be is, “I don’t value your time enough to turn up on time.” That doesn’t send a great message before you start your shoot.

Know thyself.
This is probably the most important of all the headshot session rules. If you know that you wake up grumpy and won’t be on your best form, book an afternoon session. If you know you’ll be rushed if you’re coming from work, book an earlier session. If you need to get your hair styled so it sits perfectly for the shoot, book that in with an hour on either side in case there are any mishaps or your hairdresser is late. You know yourself better than anyone, so prepare as if it’s the most important audition you’ve ever been to.

Have fun.
The best part about a headshot session is the fun of it. When you have fun and don’t take yourself too seriously, it will show through in your photos that you’re having a lovely time and really enjoying the process. Clenched jaws, faraway eyes, and tight lips really aren’t becoming in a headshot, so you want to be as relaxed as possible. And sometimes the best shots come straight after you’ve had a little giggle with the photographer!

Australian actress, voiceover artist, and writer, Angela Peters has an award-winning blog for new actors to the industry, B.A.B.E., as well as being the founder of the UK Actors Tweetup. Angela is also an acting coach and has worked with dozens of actors on the business side of being a professional actor. A regular face on television in Australia for Queensland’s Best Living, and often in films screened in cinema and at film festivals, she completed an advanced diploma in Method Acting, and then went on to train at Ecole Philippe Gaulier in Paris. When she isn’t acting you can hear her doing various voiceovers in her native Aussie accent with credits including this year’s promos for “I’m A Celebrity”, and clients BP, Singapore Airlines, Macleans, PPS Mutual and Dyson to name a few (as well as hundreds of others).

Angela Peters
Australian actress and voiceover artist, Angela Peters writes an award-winning blog, www.actingbabe.com alongside coaching actors in the business of being a professional actor. She has studied method acting in Australia and clowning in Paris (Ecole Philippe Gaulier) and when not doing film work, she also spends lots of time doing voiceovers for the likes of “I’m A Celebrity,” BP, Singapore Airlines, Macleans, PPS Mutua,l and Dyson, plus hundreds of others.
END_OF_DOCUMENT_TOKEN_TO_BE_REPLACED