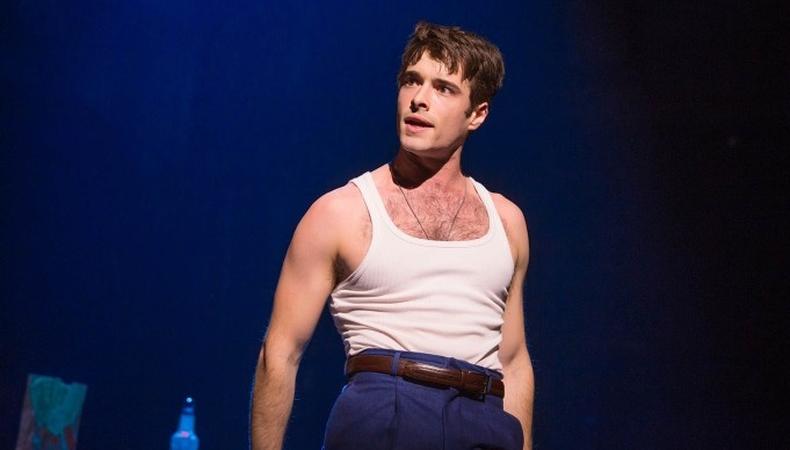 Broadway goes Midwest.
Launching its 2018–19 season, Kansas City Repertory Theatre will present the world premiere new musical “Last Days of Summer,” based on the book by Steve Kluger. Starring Broadway mainstays Corey Cott (“Bandstand”) and Emily Padgett (“Side Show”), the 1940s-set tuner features a book and lyrics by Kluger, and music by Grammy Award winner Jason Howland. Daryl Roth (“Indecent”) is onboard to produce the piece, which will run Sept. 7–30.

“Come From Away” announces national tour casting.
Full casting is complete for the upcoming North American tour of “Come From Away.” The Tony-nominated best musical will feature an ensemble cast starring Kevin Carolan, Nick Duckart, Chamblee Ferguson, Becky Gulsvig, Emily Walton, Marika Aubrey, and Michael Brian Dunn, among others. Kicking off this October at Seattle’s 5th Avenue Theatre, the tour will stop in 60 cities including Los Angeles, San Francisco, Miami, and Atlanta, and conclude in Ontario, Canada Sept. 1, 2019.

Brontë sisters musical gets its world premiere.
Southwark Playhouse in London will present the world premiere production of “Wasted,” a new rock musical depicting the lives of the famous Brontë sisters. Helmed by director Adam Lenson (“The Rink”), the piece will unfold through the lens of a documentary and feature a book by Carl Miller. Performances will run Sept. 6–Oct. 6, with the three sisters portrayed by Natasha Barnes, Siobhan Athwal, and Molly Lynch.

“Victor/Victoria” is a no/go.
Just ahead of its scheduled premiere, Los Angeles’ Reprise 2.0 has announced that it will swap its previously-announced production of “Victor/Victoria” with a new staging of the Kander & Ebb revue “And the World Goes ‘Round.” The new addition will be directed by John Israel and will run Sept. 5–16 at UCLA’s Freud Playhouse. “Victor/Victoria,” which was to star Tony nominee Carmen Cusack, is now expected to be included in the theater’s 2019 season.

A.R.T. continues its ambitious streak.
A.R.T. has announced full casting and creatives for its upcoming production of “The Black Clown,” a blended production of vaudeville, opera, jazz, and spirituals, based on the Langston Hughes poem of the same name. The production, beginning performances at the Cambridge, Massachusetts locale Aug. 31, will be led by Davone Tines, who adapted the poem along with Michael Schachter. Zack Winokur has signed on to direct the “music theater experience,” which will run through Sept. 23. Most recently hosting the out of town tryout for the Alanis Morissette musical “Jagged Little Pill,” A.R.T. has also presented in recent years fledgling versions of “Waitress” and “Natasha, Pierre & The Great Comet of 1812.”

Check out Backstage's theater audition listings, which you can filter by location!

Casey Mink
Casey Mink is the senior staff writer at Backstage. When she's not writing about television, film, or theater, she is definitely somewhere watching it.
END_OF_DOCUMENT_TOKEN_TO_BE_REPLACED