Do Models in the UK Need to Join Equity? 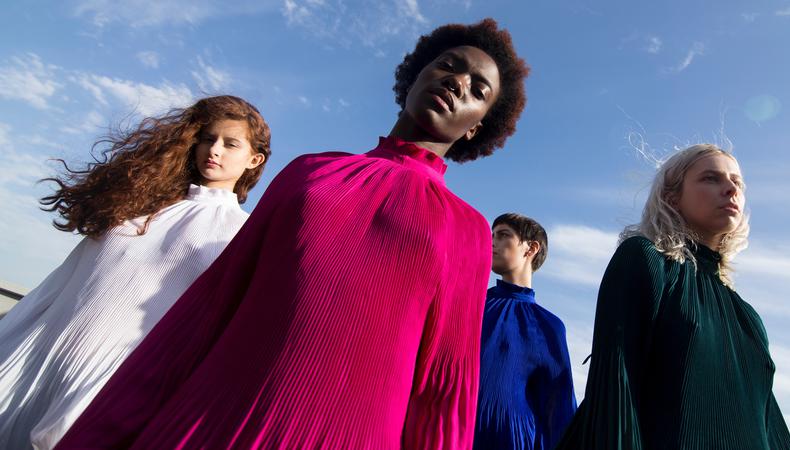 Modelling is a tough gig. Just like acting, it’s an industry built on dreams, where the reality of being one of thousands in a market where opportunities are few and exploitation is rife can be heart-breaking. To make matters worse, modelling is a largely unregulated industry where the nature of jobs can, as model and activist Leanne Maskell says, “lead us to forget that we have rights.” However, there’s one organisation that most definitely hasn’t forgotten: Equity. Better known as the union for actors, Equity has also represented models for over a decade now, winning victories for better pay, fairer contracts, and safer working conditions. But while most professional actors are members, plenty of models are stepping in front of the camera without the protection and support of the union. That’s why Backstage has put together everything you need to know about Equity, with a focus on what models can get from joining the union.

What does Equity do for members?

As a trade union, Equity protects members from unfair treatment, poor conditions, and pay disputes. It also bargains for fairer pay and changes to the industry.

The important thing to understand about unions is that they represent members individually and collectively. If you’ve got an issue, the union can help. If there’s a problem with the industry as a whole, the union can speak on behalf of all members and push for change.

Equity is best known as the actors’ union but their membership is made up of all types of performers, from models to professional wrestlers. With the strength of over 47,000 members, Equity leadership campaigns for fairer pay, better conditions, and more opportunities for people across the industry. There’s also a host of benefits to being a member, from pensions to discounts.

What issues do models face?

Despite scandals and promises of regulation, models still face poor treatment, alongside all the insecurities of being freelancers.

Wherever you look in the modelling industry, it turns out the people who are most visible are the ones with the least power. Modelling work is competitive and precarious, which means it’s proved difficult for models to speak out against mistreatment, let alone organise to stop it. The fashion industry also has a constant influx of young, inexperienced new faces, so models often feel replaceable, especially when confronted with designers and photographers who view them as expendable “clothes hangers” rather than skilled workers.

Recent high profile scandals, like models apparently being locked in a staircase without lights at a Balenciaga casting or the slew of serious accusations against photographer Terry Richardson, have pushed issues like bullying and sexual harassment to the fore. But, despite promises of regulation from industry bodies, poor treatment is disappointingly common.

Models also face the same issues as other freelancers, such as late or non-payment, being pressured to work for free, or to accept low rates and a lack of quality work. As Equity’s Jamie Briers says: “Models put up with a lot more than they should, for a lot longer than they ought to because of the freelance nature of the industry.”

What does Equity do for models?

Equity can represent models in disputes with employers, provide specialist advice, and insure you against accidents at work.

If you have a problem, Equity can call on decades of experience, both within the union and from trusted industry partners, to solve your problems. The union provides advice for everything from contracts to tax as well as specialist support and resources on bullying and harassment. They can represent you and challenge unfair employers, including taking legal action. And Equity offer insurance and personal accident cover, including £10,000 for facial disfigurement and £10 million in Public Liability Insurance. There’s also a network within the union just for models.

What does Equity campaign for in the modelling industry?

Equity is pushing for better pay and standards for models and has won important victories, including at Vogue and London Fashion Week.

While Equity is less known in the modelling industry, they are an established, influential, and respected presence in the performing arts. The union both challenges the industries and is trusted to campaign on their behalf to the government. As part of their Agenda for Change report in the wake of MeToo, the union is campaigning to stop non-disclosure agreements (NDAs) or release forms signed by models creating safe havens for bullies and harassers. They are also pushing for safer castings and work environments by asking agencies to regularly what models feel comfortable with.

Equity has built relationships with key industry organisations, like Vogue, the British Fashion Model Agents Association, and the British Fashion Council (BFC). Vogue, Debenhams, and Next were among the first signatories of Equity’s Ten Point Code to establish fairer treatment for models. More recently, they’ve landed an agreement with the BFC and London Fashion Week (LFW). Now, models in LFW shows receive pay in line with agreed rates, as well as the protection of other terms and conditions including hours of work, breaks, pay for fittings, and welfare and dignity at work measures. Although Equity admits this agreement was “difficult to get,” it shows it can be done and other parts of the industry may follow. They’ve now set their sights on e-commerce houses like ASOS, where no such approved rates or terms exist.

Do I only need to join Equity when I have an issue?

Even if you’re only modelling on the side, it pays to have a union behind you.

If you’ve been working for any time in the industry, you’ll know that things rarely run smoothly. While the union can support people who join up in the wake of an issue, you can’t take advantage of the union’s insurance after the event. Members also benefit from access to key information like rates, bespoke advice, and immediate support.

It also pays to have experts help you avoid the many potholes in the road. Equity can check contracts in advance to help foresee issues before they turn into full-blown nightmares. Briers says a major issue in modelling is finding out exactly who owes a model money: “Sometimes it’s murky, there might be a chain of people and organisations between the model and where the work is being used.” It can lead to delays in payment, and if one of those links in the chain goes bust, it’s the model that is left without the cash and no idea who to chase for it. As with any issue at work, it pays to have someone to help you avoid these kinds of problems. Especially if you’re working without an agent, Equity is a source of reliable advice that might just solve a problem you didn’t know you had.

Lastly, Equity represents the members, so by becoming one you’ll get a say in what Equity does or campaigns on next.

How can Equity help me with harassment or bullying?

Equity is serious about stopping bullying and harassment, and if it does happen, the union offers a range of support, from resources and confidential advice and legal support.

The union recognises that models may not report harassment because they fear losing work. Every model can be assured that when they talk to the union, it’s in complete confidence. Equity’s officials are experienced in dealing directly with employers on these kinds of issues and will act on behalf of members who have experienced inappropriate behaviour at work. The union also has a raft of resources online, like dealing with bullies at work, stalkers and harassers. There’s also a dedicated helpline.

What else do I get for my membership?

Alongside everything you would expect from a union, Equity also provides services, advice and resources for actors.

How do I join Equity?

To join, you need to meet the union’s criteria (£500 from modelling work) and then pay a yearly subscription based on your income.

For a full rundown of what you need to join, check out our guide on how to join Equity.