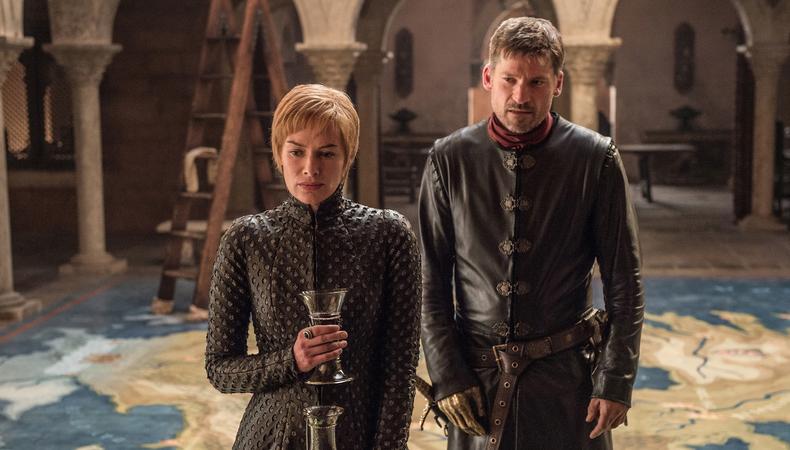 ‘Game of Thrones,’ ‘Saturday Night Live’ score with 2018 Emmy nominations.
In an era of abundant prestige television, it really is an honor just to be Emmy-nominated. Presented July 12 in Los Angeles, the list of 70th Emmy Award nominations included newcomers and mainstays, comedies and dramas, and more than a few surprises this year amid an ever-changing TV awards landscape. (Backstage)

Superman backtracks over #MeToo comment.
An interview with GQ has left Henry Cavill floundering after he suggested he’s reluctant to approach new women “because I’m going to be called a rapist or something.” He has since apologized “for any confusion and misunderstanding” that his comments had caused. (The Hollywood Reporter)

LeBron James in talks for a new comedy.
Besides signing with the Lakers earlier this year for $154 million, James’ SpringHill Entertainment recently sold the spec script “Hustle” to Legendary Entertainment, earning the basketball player entry into the coveted Producers Guild. He has also sold an untitled comedy pitch to Paramount Players with James himself tentatively attached to star. (Variety)

Production houses already clamoring to bring the Thai cave rescue story to a screen near you.
Days after the successful rescue of a Thai soccer team, filmmaking company Pure Flix Entertainment, best known for “God’s Not Dead,” announced their intention to turn the story into a film. (Their CEO was reportedly on the scene of the rescue gathering testimonials.) On Thursday, “Crazy Rich Asians” director Jon M. Chu tweeted that he refuses “to let Hollywood #whitewashout the Thai Cave rescue story!” and is reportedly working with Ivanhoe Pictures to develop their own film on the story. (The Guardian)

I refuse to let Hollywood #whitewashout the Thai Cave rescue story! No way. Not on our watch. That won’t happen or we’ll give them hell. There’s a beautiful story abt human beings saving other human beings. So anyone thinking abt the story better approach it right & respectfully.

The BBC celebrates a reduction in their pay gap.
The BBC published their annual report on Wednesday, announcing the reduction of the number of male top-earners from 76 percent of the total pool to somewhere around 66 percent. It’s a start, but there are still only two women in the top 20 earners at the BBC, according to the report. (The Hollywood Reporter)

The fifth “Indiana Jones” movie has been pushed to a 2021 release.
The delay comes following announcements of issues with the script. Jonathan Kasdan, the son of a “Raiders of the Lost Ark” writer, will join the team to draft a new script. Steven Spielberg is still attached to direct and Harrison Ford will reprise his career-making role. (Variety)

AT&T has interesting, potentially painful plans for HBO.
During a June 19 town hall for 150 HBO employees, new Warner Media chief executive John Stankey and HBO CEO Richard Plepler hinted that AT&T had plans for the prestige network that would make the next year “feel like childbirth.” Citing the immediate future as a “tough year,” Stankey hinted at increases in content, investment, hours of engagement, and restructural procedures to become more like a streaming service. Plepler said his ideology has become, “more isn’t better, only better is better—but we need a lot more to be even better.” (New York Times)