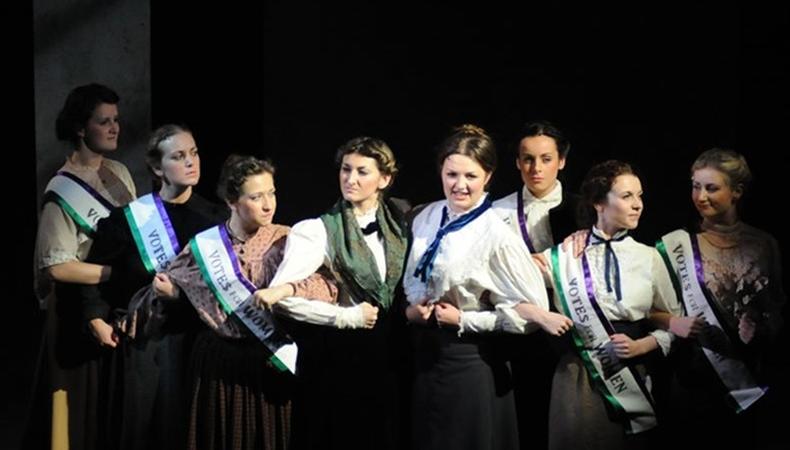 When it comes to training the next generation of musical theatre performers, Annemarie Lewis Thomas is doing things a little differently. As the founder of the eight-year-old Musical Theatre Academy in Tottenham, she’s turning the idea of traditional training on its head: rather than a too-quick one-year course or a too-long three-year course, the MTA splits the difference with an accelerated two years where students are thrown into the proverbial deep end from day one. What’s more, the MTA is an ‘ethical college,’ one that takes student fees and puts them all back into training.

As a musician, composer, teacher, and director of the MTA, Thomas has a hand in pretty much everything that goes on with her courses, instructors, performances, and students (she even plays as an accompanist during prospective student auditions). So it’s a rare treat that she took time out of her day to chat with Backstage about her unique approach to training, the concept of a fallback career, and so much more. 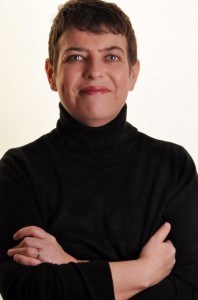 Tell us a little about what you do.
I consider myself first and foremost to be a musician, specifically, a composer/lyricist who also MDs. Since 2009 I also happen to run a drama college. I opened the MTA as I loved teaching (as my perfect ‘between shows’ job) but couldn’t find a college that I really believed in. I wanted to run an ethical college—one whereby all the fees went into the students’ training, NOT into a healthy pot of profit. Let’s just say that it’s been a steep learning curve, from reading the notes to being a business owner, and then handing over my business when the MTA became a charity.

The MTA prepares students in two years as opposed to the typical three. What makes your training different in a way that allows students to be fully prepared in less time?
It’s all about the numbers. We operate a four-term year, October-September. The most time the students ever get off once they start with us is three weeks. So we never really lose momentum (and the students don’t lose their stamina). Having small groups means that we can really train the individual. We do a minimum of 40 contact hours a week, absolutely no private study time. You’re paying to be taught, not peer led. Each student is constantly being monitored in all three areas and as soon as we see them struggling in one, we have the resources to jump in and give additional help. There is no let up over the two years. Every 13 weeks you’re part of a public performance. So you’re constantly putting your lessons into practice. For the students it’s a little bit like being thrown onto a speeding carousel, the course really never stops.

What are some of the main tenets of the MTA?
I wanted the MTA to be different. I wanted to start again with the training model as I felt that the one-year course just wasn’t enough, but a three-year course was far too long. (All of us hated our second year in college right?) So the MTA runs the UK’s first two-year accelerated learning programme for performers.

We run just one course for a max of 22 students/year. For us, it’s all about the numbers. Or rather, the lack of them. We tailor the course to meet the needs of our students, as opposed to shoehorning the students into our course. We have conservatoire standard training in all three disciplines, and we are the only MT course to do a 50/50 stage screen split on our acting component. We are [also] the only college to do public performances in an established theatre every term. I think that it’s important for parents to see where their money is going, but it’s also a way of exposing the students (and indeed the college as a whole) to industry scrutiny very quickly.

And we have a ‘college for life’ policy which basically means that when our students graduate they still have (free) access to our unique pastoral care package, free classes, access to tutors for audition prep, free rehearsal space, etc.

I audit the staff (including myself) annually to ensure that everybody is still actively working in the industry, specifically working at West End (or equivalent) level. The key word here is transparency. None of my staff are embellishing their bios—they are all top industry professionals.

Why is it so important for students to learn from staff members who are still actively working/performing themselves?
I think that it’s vital, yet interestingly when I opened the college in 2009 I was slated for suggesting that this should be ‘a thing’. I wanted a faculty full of like-minded people; performers that loved what they were doing, but who wanted to ‘give back’ (and get paid for it). I wanted my students to be inspired by their teachers, to be able to go and see them in action and then go back into class in awe of them.

I wanted a faculty full of hope and reality. Hope because in every class you could see that performing for a career was possible (regardless of age) and reality because it’s tough. The teacher that taught you last week, who ran off to do their West End matinee, was rushing off the next week to be a waiter/barman. I wanted my students to know that ‘the dream’ was possible but also to realise that it can be fleeting, so they had to make the most of it when it was there. I also wanted the students to have the mindset of a long-term plan. The West End was an aim, not the only destination. In fact I prefer them to reach ‘the destination’ once they’ve earned their stripes in the industry. Longevity is the name of the game and my faculty are living proof of that.

READ: What Does A UK-Based Producer Do?

What advice do you have for international acting students?
Ah that’s a strange and apt question as for the first time ever, the incoming class of 2017 is predominantly made up of European students. I should stress though that we charge overseas students exactly the same as U.K. students. (In fact, it’s one of my many annoyances with established courses: why they feel the need to charge overseas students more?) The advice is easy: go and see lots of shows. I feel like every country has its own style of acting (which I know is a daft statement because acting is acting right? However years of auditioning students has shown me that every country has a slightly different take on things. Just like every culture has a unique take on things). So I think that it’s about understanding the industry that we’ll be training them for. We also suggest that they work on their RP from the moment that they’re accepted.

What advice would you give a teenager deciding whether to pursue a performing arts degree?
Er…don’t. I appreciate that this sounds like a flippant answer but IMHO, it’s true. Nobody in our industry has ever got a job because of the qualification that they walked into a room with. In fact I don’t know anybody in our industry that has ever been asked about their qualifications (I speak from a position of authority on this; I have one, but nobody cares). They are completely irrelevant and don’t belong in ‘this world’. Our industry is creative, it’s about talent, it’s about ‘can you do the job’ not ‘did you get a first’.

I get so cross about people thinking that the degree is the answer or the whole idea of getting a degree for a ‘fallback’. If you’re already talking of ‘fallbacks’ then you’re probably not good enough to succeed. I’m sorry that that sounds harsh but it’s true. Our industry is over crowded. I believe that being a performer is a vocation. You should only do it if you’re good at it and you can’t think of anything else that you’d be happy doing.

A degree will put you back £27k and whilst I know that everybody shouts about the student loans available etc., why pay £27k for just 16 hours of study at some places. I’m sorry but those uni courses attempting to train a professional performer in anything less than 36 weeks are just plain wrong. We’re increasingly seeing applicants coming to us having graduated from a degree course. That means people are paying nearly £60k for their training (more in some cases). Who has that sort of money? Vocational courses don’t come cheap, but at least it’s just the one course with a very clear direction and focus.

Besides the basic lack of teaching, degree courses just aren’t industry focussed. Our entire course is designed around the fact that we want our students to work. How do they prepare for auditions? Are they technically able to succeed? Do they have the business acumen that today’s performer need? Are they au fait with social media and how that can help/hinder your career? The list is endless but the results at our place speak for themselves. To put it into context, we are entirely independent, we don’t do any ‘known’ diplomas—just our own. However, since our first set of graduates left us in 2011, every single student has graduated having secured independent agent representation. In 2016 and indeed again this year, our second years all secured agent representation before starting their final term, three months before showcases and graduation. I would stress the word independent here, as I’m aware of courses promising agent representation at the end of them (both diplomas and degrees) however that representation is in house. Now there’s nothing wrong with that, however I do think that potential students should be made aware of the difference.

What’s your best piece of industry advice?
Stay true to you, stay true to your word, and always be prepared. Don’t get ‘lost’ trying to be what you think everyone wants you to be. Have a good support network around you—you’ll need it.

What should recent graduates know about getting work as a new actor?
Get real would be my most basic advice. It shouldn’t be all about the West End. There is so much great theatre going on all around the world, why limit your mind set to the 150 jobs or less that the West End has to offer? Earn your place in the West End. You’ll appreciate it so much more.

The MTA is still accepting applications for this Oct. Apply online at www.theMTA.co.uk.

Allie White
Allie is Backstage’s director of editorial operations, whose professional background includes women’s interest, news, health, beauty, and, of course, entertainment. Despite a crippling fear of singing in public, she still believes she’ll be a Broadway star one day.
END_OF_DOCUMENT_TOKEN_TO_BE_REPLACED