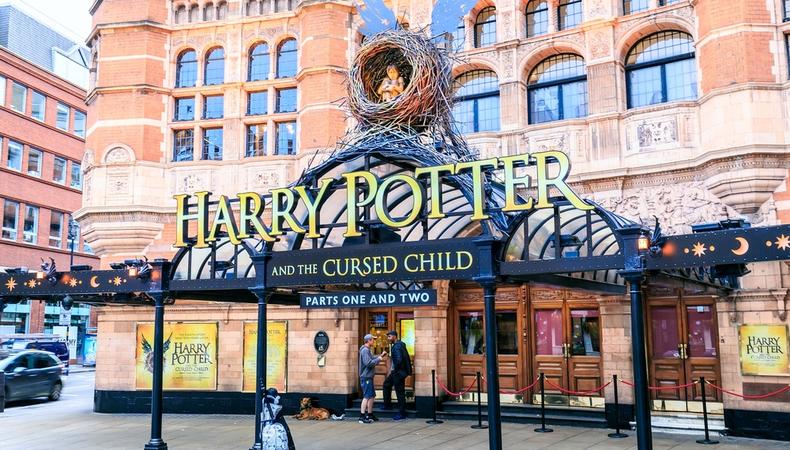 Maybe the audition didn’t go so well or your evil drama teacher tutted during the emotional climax of the scene you’ve been working on for weeks. But fear not! London is here, ready and waiting to entertain and cheer you, one event at a time…

Build bridges.
If the first “proper” West End theatre opening in 80 years isn’t enough to get you interested, what about the fact that the new Bridge Theatre is run by the guys who used to run the National (Nicholas Hytner and Nick Starr)? They’ve just announced their debut season and it includes Ben Whishaw in “Julius Caesar” and Rory Kinnear in a new comedy called “Young Marx.” Booking opens on April 27, so not get in at the very start of what might soon become a London institution. (Tickets start at £15 for under 26s)

Jumble it up.
The humble jumble sale—a British institution—is a mix between a yard sale and flea market with old ladies bickering over who made the best cake. Now it’s getting a celebrity makeover in the name of Oxfam’s Refugee Appeal. The Rumble in the Jumble on April 29 allows mere mortals like us to buy clothes and varied bits ’n’ bobs from the wardrobes of glitzy types like Kate Moss, Florence Welch, and Mark Ronson at massively reduced prices. Plus, there’s a bar, food, and high street bargains (Free)

Bring your best pyjamas.
As part of BAFTA’s 70th Birthday celebrations, the British Academy of Film and Television Arts is very graciously opening its doors to poor, simple folk like us. On April 29 they’re holding an all-night screening of films that have been nominated for their Special Effects prize at the group’s very swanky Piccadilly HQ. Film fans can watch classics like “Tron,” “Silent Running,” “Poltergeist,” and “E.T” while checking out where BAFTA’s cinematic elite commune. (Tickets: £15)

Pumped for Trump?
This is what you might call a niche event. Based on transcripts from the U.S. Senate’s confirmation hearings for President Trump’s Cabinet, “All the President’s Men?” is a live play reading on April 24. Held at the Vaudeville Theatre, it stars such theatrical luminaries as Dame Sian Phillips, Sinead Cusack, and David Calder. For one night only they’ll reenact the tough questioning experienced by figures such as Secretary of State Rex Tillerson and U.S. Attorney General Jeff Sessions. Like we said, the word is niche. (Tickets: from £10)

Get into the habit.
As actors know, sometimes we all need a little faith. So why not get yourself down to London’s iconic Westminster Hall on 28/29 April for a very special screening of the 1992 comedy classic “Sister Act,” complete with live gospel choir. Gandhi, Martin Luther King, and Churchill have all spoken here, and now it’s your turn to take the stage and sing-a-long with Whoopi and her nun friends in this very impressive location. (Tickets: from £17)

Could it be magic?
It’s the mega hit that swept the board at the recent Olivier Awards and until now, you’ve needed magical powers to get tickets for Harry Potter and the Cursed Child. But on April 25, a new batch of seats are being released at 11 a.m. (GMT). These advance tickets are for performances starting in May 2018(!) but they won’t be around for long so if you’re a JK Rowling nut with a theatrical bent, the countdown begins. (Tickets: from £15)

And when you're ready to get back to work, check out our London audition listings!