Get Cast in ‘Spamilton’ and 4 More Theater Gigs 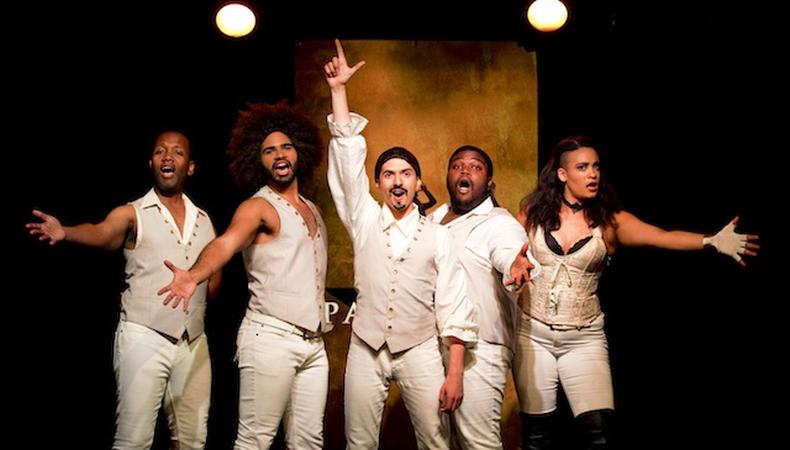 As the Broadway mega hit “Hamilton” takes over the city of Chicago, so, too, does its acclaimed Off-Broadway counterpart, “Spamilton.” The satirical take on the Founding Fathers rap musical is casting for its upcoming production in the Windy City in this week’s roundup of casting notices. We’ve also got four more theatrical jobs including an open call for Broadway’s “Natasha, Pierre & the Great Comet of 1812,” the West End’s “Aladdin,” a new musical’s developmental lab and more!

“SPAMILTON”
“Spamilton,” the Off-Broadway hit spoofing Lin-Manuel Miranda’s “Hamilton,” is casting talent for its forthcoming Chicago production. Written and directed by Gerard Alessandrini of “Forbidden Broadway” renown, the production will hold Equity principal auditions on Jan. 18, with a run set for Mar. 3–Mar. 29.

WEST END “ALADDIN” OPEN CALL
A whole new world, indeed. The West End production of Disney’s “Aladdin” is casting talent for its ensemble. Seeking both male and female singers and dancers ages 18 and up, the Casey Nicholaw-directed tuner will hold an open casting call Jan. 16 at Pineapple Dance Studios in London, England.

“CINDERELLA”
Work Light Productions is casting nonunion talent for its upcoming touring production of “Cinderella.” The Richard Rodgers and Oscar Hammerstein II musical, featuring a new book which “reinvents the classic tale,” will hold auditions by appointment at New York City’s Pearl Studios on Jan. 30 and Jan. 31. The gig will begin rehearsals late September, and will pay $550–$650 weekly, depending on the role.

“NATASHA, PIERRE & THE GREAT COMET OF 1812”
Currently-running Broadway smash “Natasha, Pierre & the Great Comet of 1812” seeks unique talents to join the Russian-set musical. Starring Josh Groban and Denée Benton, the production is casting dancer-singers for its ensemble, as well as actor-instrumentalists who can play along with the orchestra. A general audition will be held at an unspecified date later this month.

“FANCY WAS MY NAME”
“Fancy Was My Name,” a new musical following a southern girl’s rise to country music superstar, is casting union talent for a developmental lab. Seeking a female aged 18–35 for the title role, as well as talent for four supporting parts, the project will hold Equity Principal Auditions Jan. 20 and 23 in New York City. Rehearsals will begin Feb. 20, with the presentation set for Mar. 16 and 17, adhering to an Equity Developmental Lab Agreement.

For even more jobs on both stage and screen, browse Backstage's casting calls! And for tips to prepare for your musical audition, check out our YouTube channel!

Casey Mink
Casey Mink is the senior staff writer at Backstage. When she's not writing about television, film, or theater, she is definitely somewhere watching it.
END_OF_DOCUMENT_TOKEN_TO_BE_REPLACED