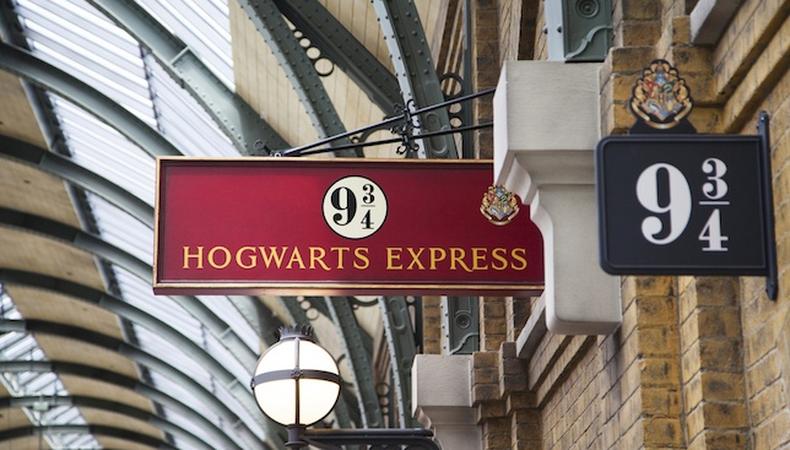 With the release of the West End play script “Harry Potter and the Cursed Child,” the latest addition to the Harry Potter world, passions for the magical franchise have been reinvigorated. But for those not totally satisfied with experiencing this realm exclusively on the page, we’ve rounded up 11 locations that you can visit to bring a spot of wizardry to your meager Muggle existence.

And Potter fans! Don’t forget to check out “Fantastic Beasts and Where to Find Them,” the Eddie Redmayne–starring film, out in theaters in November.

Located in London’s King’s Cross Station, fans can pose with the famous trolley going through a brick wall and imagine they’re about to start their wizarding education.

Take a ride through scenic Glenfinnan, Scotland, on the Jacobite steam train and you’ll feel just like you’re heading to Hogwarts!

The Cave by the Sea

“Harry Potter and the Half-Blood Prince” finds Dumbledore and Harry on the search for Voldemort’s horcruxes. Their hunt takes them to Ireland’s Cliffs of Moher, and if they can go, so can you! 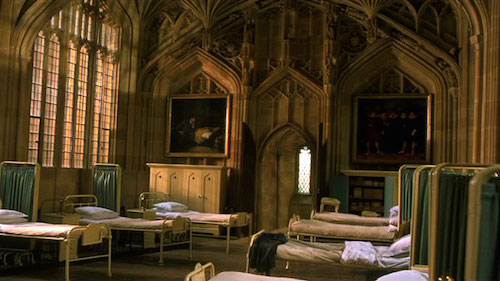 Located in the Divinity School at Oxford University, fans can see the big windows and elaborate carvings from the Hogwarts Infirmary in real life!

When not occupied by students, the Great Hall that inspired the one in the film can be seen on the Christ Church College on Oxford’s campus. Although it wasn’t actually shot there, the resemblance is uncanny.

Many of Hogwarts’ exterior shots were filmed in Northumberland, England’s Alnwick Castle, including scenes where Harry first mounts his broom and learns to play Quidditch. Grab your Firebolt broomstick and find yourself a Snitch!

While this bridge was destroyed by Death Eaters in the sixth film, lucky for you, it still stands in London. Fans can walk across the Millennium Bridge just before popping into the Tate Modern museum! Watch the famous scene below.

The Wizarding World of Harry Potter

For Potterheads who can’t buy a ticket to the U.K., the ultimate destination to feed your addiction is the Wizarding World of Harry Potter theme park, with locations in Japan, Orlando, Florida and Hollywood, California. Attractions include a replica of Hogwarts Castle, Dumbledore’s office, the sorting hat, original props from the film (such as earmuffs to protect from the screaming mandrake plant), and the ability to cast spells yourself in Hogsmeade—while sipping on your butterbeer!

Read our interview with a Wizarding World of Harry Potter actor!

Aunt Petunia, Uncle Vernon, and cousin Dudley might not be home, but fans on the Warner Bros. Studio Tour in London can still step inside the house where young Harry grew up.

Is your parseltongue a bit rusty? Dust it off at the London Zoo’s Reptile House in Regent’s Park in London. This is where Harry first discovered he wasn’t like other kids—and that he could communicate with snakes.

Australia House’s marble floors, high ceilings, and gorgeous chandeliers served as the location for the wizarding world’s sole bank, Gringotts, where goblins keep all magical money safe. Check it out at the Covent Garden tube station in London!

Looking to get your own big-screen break? Check out our film audition listings!

Briana Rodriguez
Briana is the Editor-in-Chief at Backstage. She oversees editorial operations and covers all things film and television. She's interested in stories about the creative process as experienced by women, people of color, and other marginalized communities. You can find her on Twitter @brirodriguez and on Instagram @thebrianarodriguez
END_OF_DOCUMENT_TOKEN_TO_BE_REPLACED